You just have to shake your head, remember we are in a spiritual battle, and pray for the scoffers—and also remember they are not really scoffing at us, but scoffing at their Creator God who tells us He is “not willing that any should perish but that all should come to repentance” (2 Peter 3:9).

This headline appeared in an Australian news source (PerthNow) on July 23rd (ironically, while I am still in Australia): “Aussie behind bizarre and ‘scary’ life-size replica of Noah’s Ark.”

At first I thought I was reading a tabloid—but this supposed news source is owned by News Corp Australia. It was started by the Australian Sunday Times in 2006 as an online local news source. News Corp Australia seems to own most of the major newspapers in Australia, including quite a few other media outlets and brands.

Judging from the PerthNow website, I’d say PerthNow isn’t exactly like a tabloid (although this article I’m referring to is the sort of article one would expect from a tabloid), but seems more like the USA Fox News website.

Together, PerthNow and the Sunday Times claim to reach 1.3 million readers a month in Western Australia.

It seems the author of this tabloid-like article took a reasonably accurate article that appeared in many secular and Christian news sources in the USA, and then added some scoffing fictional elements that appear to be an attempt to denigrate the project and those involved.

By the way, this is not the first time News Corp Australia has done this—I wrote an article in May titled “Who Holds the Media Accountable?” about another article that was full of misinformation and untruths about a blog post published on the Creation Museum website. You can read about this here.

The article from PerthNow (that has appeared on other sites too) is so inaccurate and so full of misinformation, that to correct it would require an entire rewrite.

I am not sure if the author wrote the headline, but when I read the headline of this very tabloid-like article—that contains a lot of what I could only describe as “tripe” in PerthNow—I understood why the writer quoted scoffers using the word scary.

Scoffers Are Scared of the Ark Encounter

You see, the life-size Noah’s Ark project is “scary” to those who scoff at God’s Word. And based upon the focus of the article and utterly poor reporting with made up diatribe against the project, I really wonder if it is the author Nick Wigham who is scared. If these scoffers do not change their ways as I pray that they do, they should really be scared of the fact that one day they will have to bow their knee to God who created them:

For it is written: “As I live, says the Lord, Every knee shall bow to Me, And every tongue shall confess to God.” (Romans 14:11)

The life-size Ark, which will open next year, will challenge people concerning the truth of God’s Word and the gospel. And just as Noah and his family went through a door to be saved, so each of us need to go through the door to be saved:

Just as in Noah’s day, when God shut the door to the Ark the judgment came, so one day in the future God will shut the “door” to our “Ark,” the Lord Jesus Christ, and then the final judgment will come.

I’m sure when the scoffing world in Noah’s day saw the door to the Ark shut and then the Flood began—they were running scared. Those who continue to scoff should be running scared, as they will have to face the God of the creation one day:

And as it is appointed for men to die once, but after this the judgment. (Hebrews 9:27)

My conclusion is that these scoffers are running scared—scared that Christians will be able to practice the free exercise of religion, and tastefully and professionally challenge people concerning the truth of God’s Word. These people, like the scoffers outside the Ark in Noah’s day, hate the fact that God raises up facilities like the Ark Encounter to boldly proclaim the wonderful truth of the Christian message. I believe they are shaking their fist at God, but it’s God who will have the last say on this matter!

The exciting news is that the life-size Noah’s Ark is well advanced in construction and will open sometime around the middle of next year (2016). The same talented team that designed the incredible, first-class exhibits for the Creation Museum is building the phenomenal exhibits for the three floors of the life-size Ark.

Incidentally, the author of the Australian news piece calls the Ark project a “Christian-themed amusement park.” I am not sure of his reasoning in calling it that, but to me it seems to be an attempt to denigrate the Ark Encounter further—many scoffers call this professional, first-class, tastefully presented Christian facility an “amusement park” because they reject the message of God’s Word. 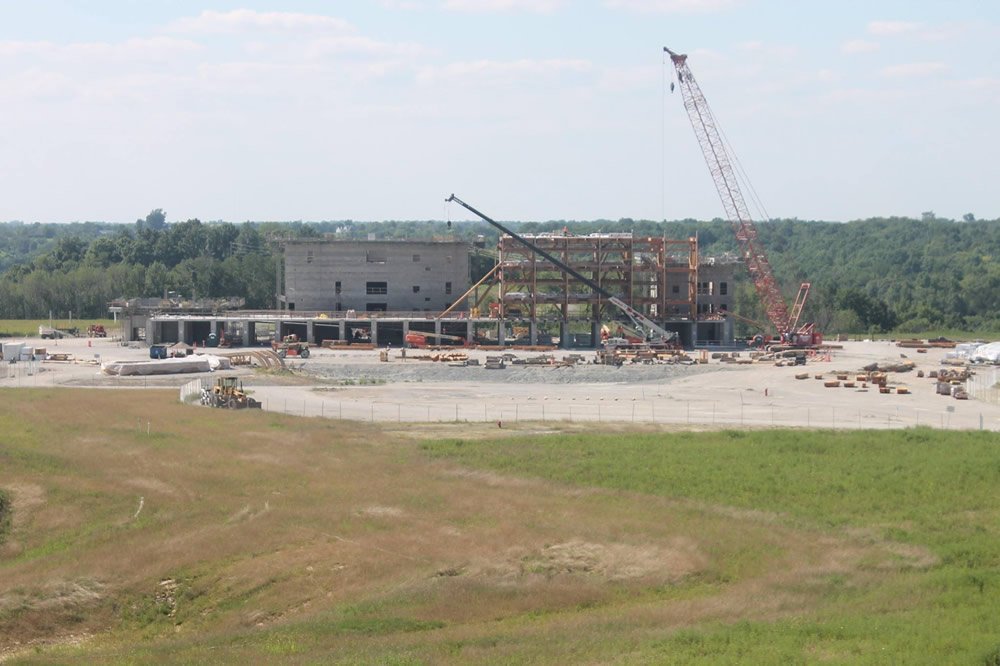 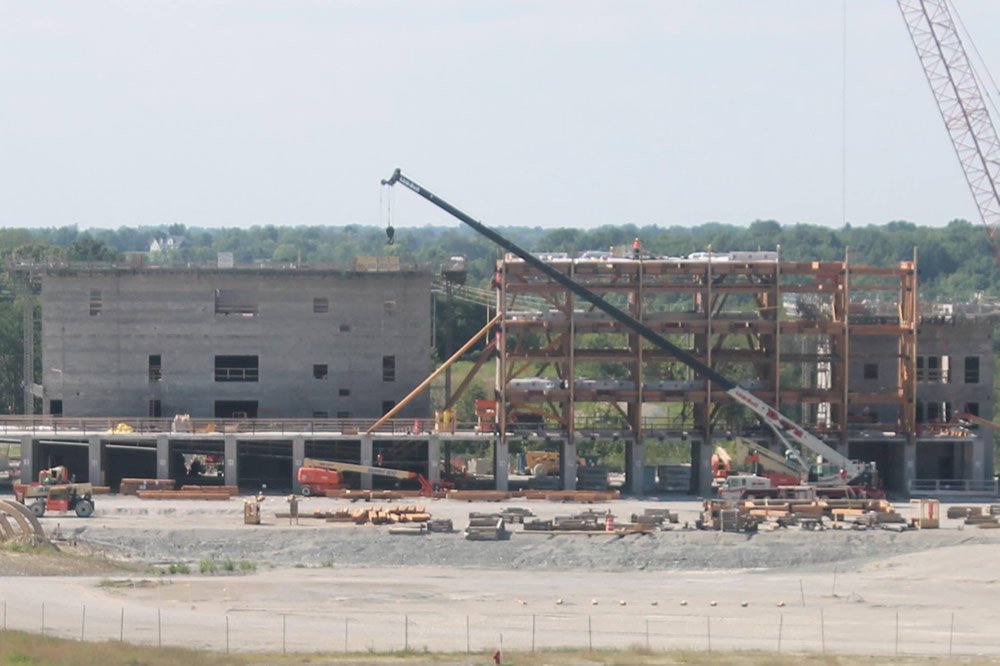 While I’ve been in Australia, the exciting life-size Noah’s Ark project has been moving ahead (despite a few weather delays). These two photographs are from our time lapse cameras yesterday. You can see the construction on the towers (there are three towers altogether that will contain rest rooms, elevators and stairs), and the Ark structure itself (it will be the biggest timber frame building in the world) is well advanced. Opening sometime next year, 2016 (date yet to be set).

Professional research indicates around 2 million people (from across the USA and around the world) will visit this world-class attraction each year. Also, the Creation Museum continues to attract around 300,000 people a year (80% of whom come from outside of Ohio, Indiana, and Kentucky) and is expected to receive more than double this number of visitors once the Ark opens.

To find out accurate information about the Ark Encounter, go to ArkEncounter.com.

For information on the Creation Museum (and our special 2 Buy 2 ticket program for 2015), go to CreationMuseum.org.