I recently saw something in Discovery News that perfectly highlights the difference between observational and historical science.

A study has shown that tenrecs, hedgehog-looking creatures, have an amazing ability to hibernate (observational science) so the scientists inferred that the tenrecs must have hibernated through the dinosaur extinction (historical science)! As I’ve said many times previously, there are two different kinds of science. Observational science deals with the present and is observable, repeatable, and testable. It’s what produces our technology and our medical innovations. Creationists and evolutionists can both agree on this kind of science. Now, historical science deals with the past. It is not testable, repeatable or observable. What you think about historical science is based on your starting point. Do you begin with God’s Word or man’s ideas? Well, I would like to show you how to recognize the difference between these kinds of sciences by looking at this news item that is reporting a scientific study. 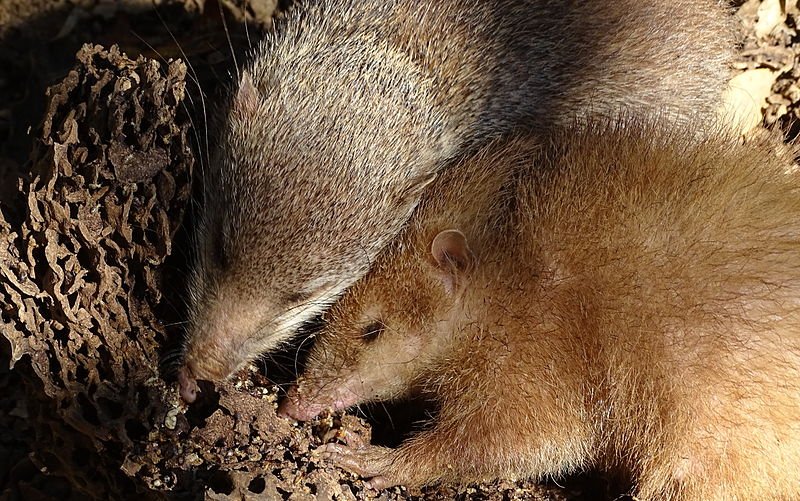 According to Discovery News, radio transmitters with body temperature loggers were strapped onto 15 tenrecs for a scientific study on hibernation. The tenrecs were then released back into the wilds of Madagascar. The scientists involved learned some interesting things about tenrec hibernation and body temperature. For example, one of the male tenrecs hibernated for nine months with no ill side effects! According to the news report, the information about hibernation from this study, as well as a similar one being done in the United States, “could one day allow researchers to better mitigate the effects of induced medical comas and the ‘hypogravity and/or inactivity’ that would occur during a lengthy trip through space.”

Now, everything from the study so far is observational science based on directly observable, testable, repeatable studies. A creationist or an evolutionist could have done the study and obtained the same data, and either scientist could apply the data to medicine or space travel. But the study then does a huge leap from observational evidence to the unobserved past. They switch from observational science to historical science. And it’s this switch that people need to learn to recognize, as evolutionists do the same sort of switch when talking about origins!

Again, the observational evidence showed that tenrecs have an amazing ability to hibernate (observational science). But the scientists then took the evidence beyond observational science to infer that tenrecs must have hibernated through the dinosaur extinction (supposedly millions of years ago) and that’s how mammals survived to evolve into other mammal species (historical science). Supposedly, dinosaurs “‘intensely suppressed, dominated and bullied’ early mammals, which ‘could never get big in size because then they would not have been able to hide effectively during the day.’ This presumed pressure, combined with seasonally limited resources and other factors ‘may have armed modern mammals with the useful capacity to metabolically switch off.’” It is claimed. So, tenrec ancestors apparently evolved the ability to hibernate for long periods of time because of competition with dinosaurs. And they just happened to be lucky enough to hibernate at the right time to avoid extinction. Now, this is all historical science, and creationists and evolutionists would (quite obviously) disagree here. This jump from the observable hibernation periods of tenrecs to the unobservable supposed dinosaur extinction event is based, not on observational evidence, but on imagination. The study itself shows nothing about supposed tenrec ancestors and the supposed dinosaur age millions of years ago!

Interestingly enough, according to the lead author of the study, "the common tenrec [is] a living Cretaceous fossil, a living critter that has retained the physiological characteristics of our common placental ancestor.” In other words, tenrecs basically haven’t changed since their appearance in the fossil record. The evolution isn’t in the fossils or the tenrecs—it’s in the imaginations of scientists!

What Does the Bible Say?

Now, the Bible’s account of origins would mean the tenrec kind was created on Day 6, to reproduce after their kind. Tenrecs produce tenrecs (interestingly enough, in nature we see tenrecs producing only tenrecs)! God created animals to fill the earth, so He placed in their DNA the information they would need to produce the wide variety within a kind that we see today so that they would be able to survive as the environment changes. The incredible variety of tenrec species displays God’s care and wisdom in equipping them with the information they needed to fill many niches in the different environments found on Madagascar and in Africa. One of these features is the ability of some tenrec species to hibernate for long periods of time. So this incredible ability to hibernate is just one more example of God’s care for His creatures.

As you read through science news, I encourage you to be discerning, part of which involves learning how to separate observational science from historical science.

In the debate with Bill Nye, I took time to explain the difference between historical and observational science, as once people understand this, they recognize that molecules-to-man evolution is a belief system.