Famous Scientist at the Creation Museum—and He’s a Biblical Creationist!

We’ve been reporting on some very large crowds at the Creation Museum this summer. On some days, we’re even exceeding the attendance on the same days seven years ago when we first opened. On one Saturday this month, we had 3,000 guests!

Recently, museum guests were able to hear Dr. Raymond Damadian, inventor of the MRI scanner. He flew in from Long Island to speak at the museum and also to students attending the Camp Infinity “STEM” program in our area. 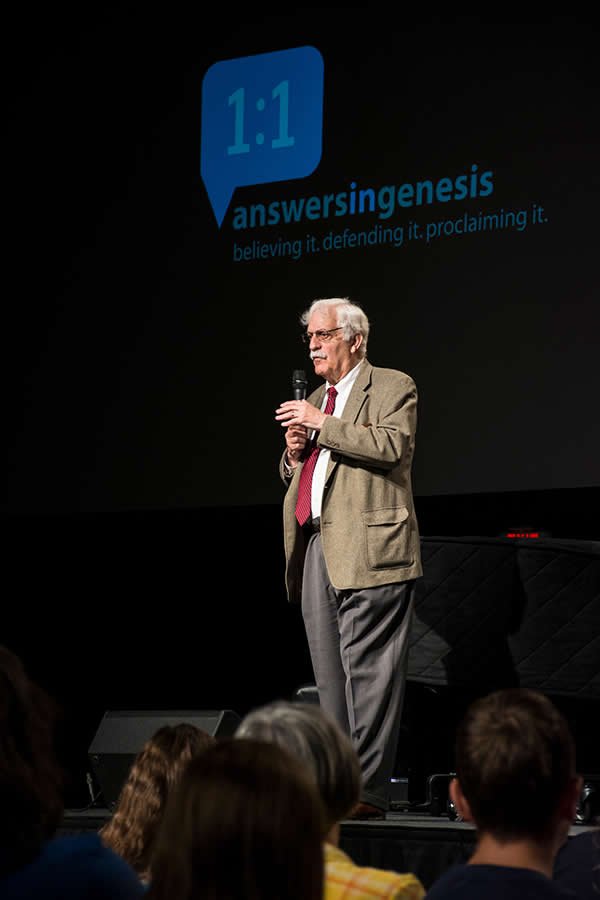 Many of you may recall that during my debate with Bill Nye last February, I countered Mr. Nye’s frequent claim to the media that if the U.S. population believes in creation and not evolution, it will be a hindrance to scientific development and technological breakthroughs. Nye had been saying that for some time, so I thought that during my debate with him, I would play a clip of Dr. Damadian—an eminent scientist, whose work has saved countless lives—to share his beliefs on origins. Dr. Damadian is a renowned scientist—and is unashamedly a biblical creationist. Here is the clip featuring Dr. Damadian that I showed during the debate:

So why is the Creation Museum busy? Actually, the museum has been busy for the past seven years! However, it is true that we have seen quite a spike in attendance this year. In talking with museum visitors, I believe there are multiple reasons:

I’m sure there are many more reasons, too, for the increase in museum attendance. The larger point is that the Creation Museum is a God-honoring facility that is being used by God to equip Christians to defend the Christian faith and challenge non-Christians concerning the truth of God’s Word and the gospel. Make sure you come and visit this unique Christian facility. Every ticket is a two-day ticket, so you, your family, and friends can enjoy all the theaters (including the world-class planetarium programs), exhibits, beautiful gardens (they are spectacular), petting zoo, and so on. And don’t forget to ride the phenomenal zip line course (that has biblical eco-tour signs throughout). 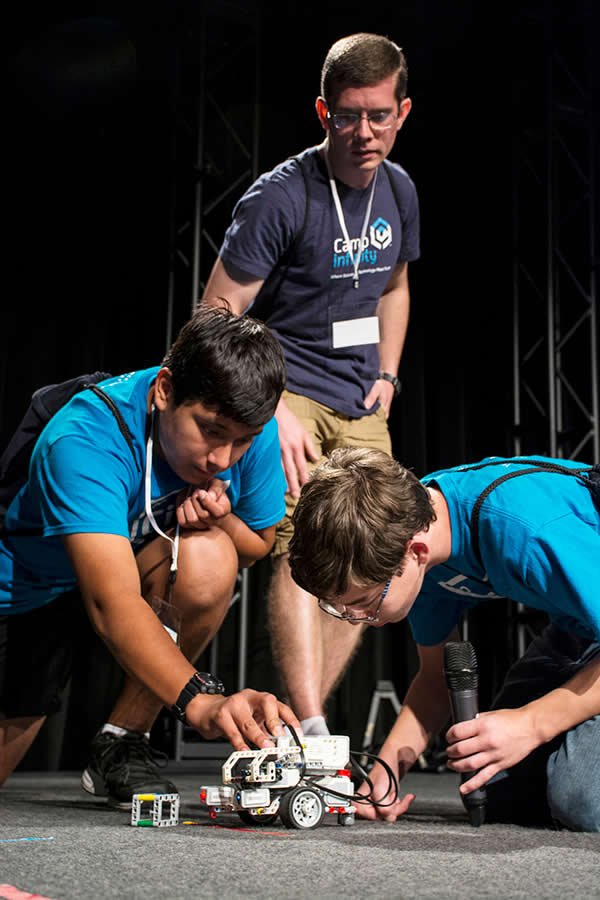 A couple of students participate in the robotics portion of the Camp Infinity program held here at the Creation Museum as well as the conference grounds located just south of us (Potter’s Ranch).