Something Big Is Coming!

Yes, something BIG and world class is coming to the Creation Museum.  Kids, dads, and moms will be fascinated and intrigued by it.  The secularists will really loathe the Creation Museum for having this incredible new addition to this one-of-a-kind facility.

Last year, the Peroutka Foundation donated a world-class skeleton of an Allosaurus, called Ebenezer, to the museum—and Ebenezer is going to be unveiled Memorial Day weekend! It will be opened to the public on May 24.

Over the past many months, a professional restorer has been working hard on articulating the bones of this incredible fossil.  Also, the Creation Museum designers, sculptors, artists, master craftsmen, and others have also been working diligently on the teaching exhibit that will house this phenomenal fossil.  The fossil itself and its exhibit will be valued at over one million dollars.

Here is a photo of the back wall of the exhibit as it is under construction: 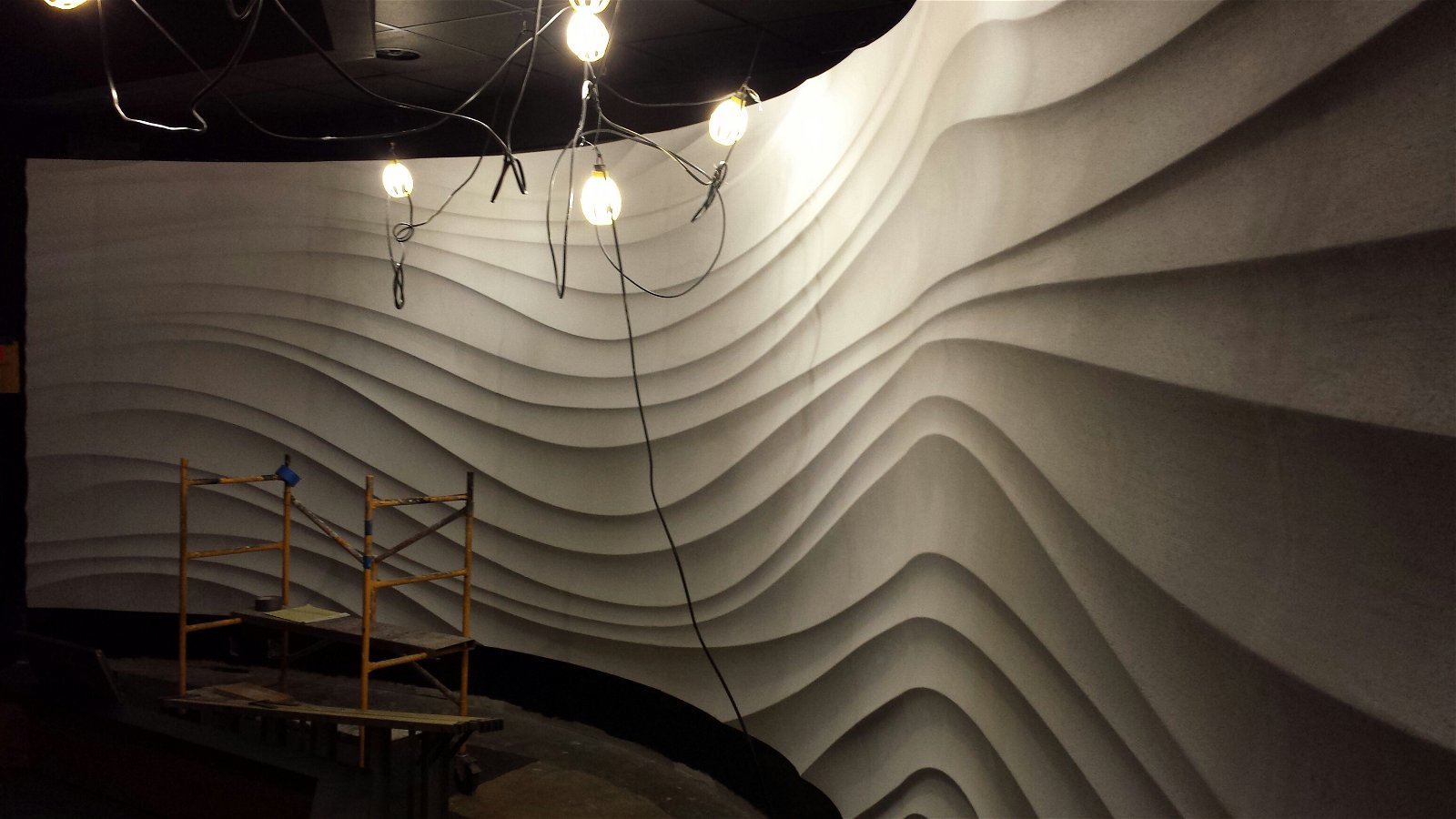 Now, what makes Ebenezer unique is that this skeleton has one of the six to seven best-preserved Allosaurus skulls ever discovered. 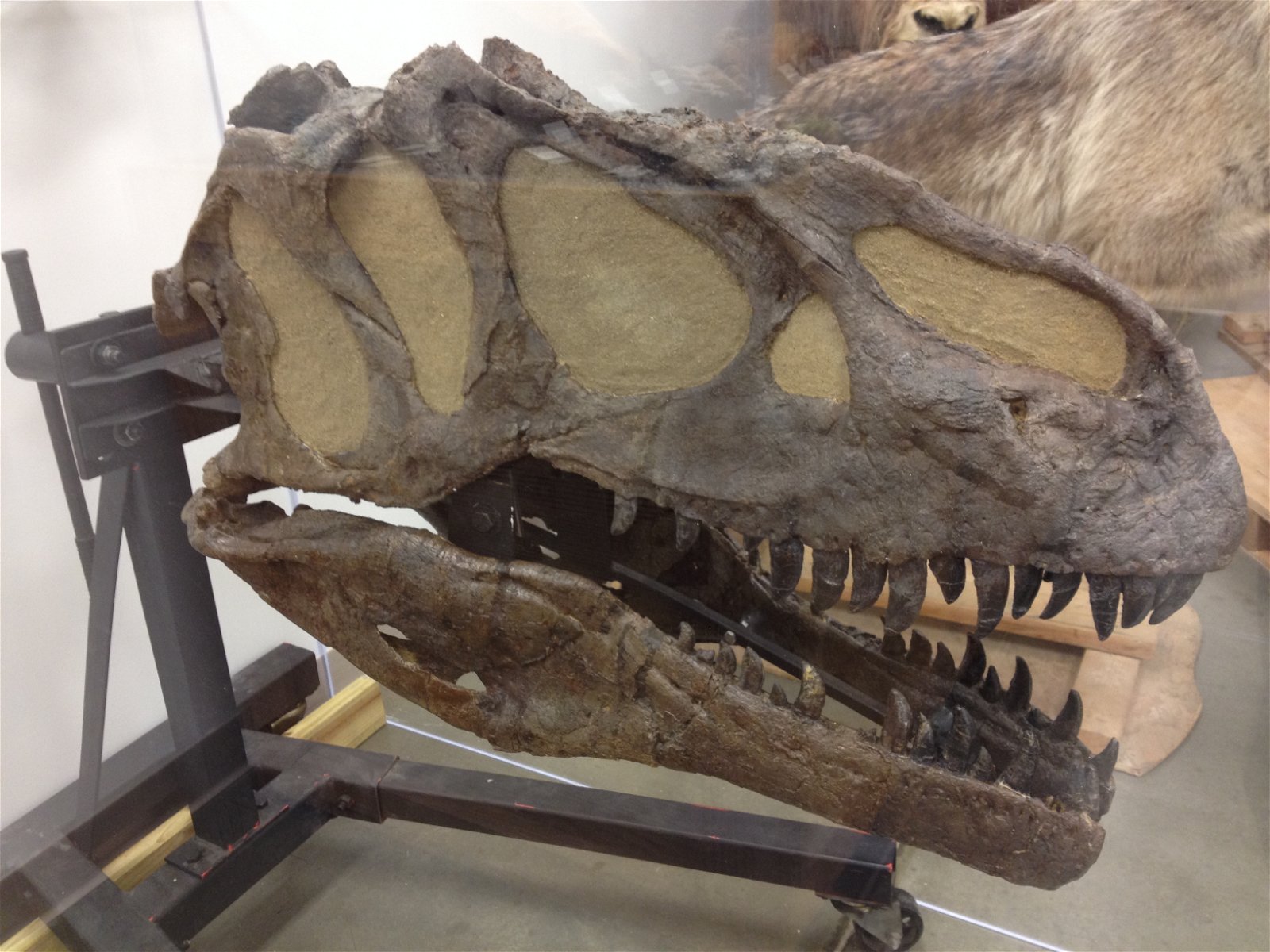 Ebenezer likely stood 10-feet high and 30-feet long, and it is one of many Allosaurus fossils unearthed in the Morrison Formation of North America. Our allosaur is exceptional because rather than being mixed and scattered in the Morrison formation—as almost all the fossils there are—Ebenezer’s bones were found together, with many in their articulated position.

In 2006, the ministry’s theme  was “We’re Taking Them Back”—taking dinosaurs back, for instance, from the secularists.  Evolutionists often respond very negatively and emotionally when creationists use dinosaurs to teach kids (and parents) the truth about God’s Word in Genesis.  From many of the responses I’ve seen to the Creation Museum’s exquisite dinosaur exhibits and sculptures (including life-like animatronic dinosaurs), it would seem that evolutionists think they “own” dinosaurs!  They see dinosaurs as synonymous with evolution and millions of years, and evolutionists can become very upset when creationists use dinosaurs.  Evolutionists know that kids are fascinated by these creatures, and so they can be used to draw kids in and teach them about evolution.

For example, recently,  the Smithsonian’s National Museum of Natural History (in Washington, DC), acquired a T. rex skeleton, known as “the Nation’s T. Rex.”  This T. rex is very complete. The museum director, Kirk Johnson, believes the new dinosaur skeleton will draw many children to the National Museum of Natural History, saying, “Dinosaurs are the gateway drug to science for kids.”

Of course, secularists know that children love dinosaurs, and they use dinosaurs to indoctrinate kids into evolutionary ideas. “The Nation’s T. Rex” will be a centerpiece for the Smithsonian—a museum funded by our tax dollars. In reality, then, the government is imposing the religion of evolution and millions of years on children visiting the Smithsonian, while also claiming a supposed separation of church and state! Our tax dollars are funding the religion of naturalism (atheism) and its evolutionary story to be exhibited in the Smithsonian in the nation’s capital!

The real difference between the Creation Museum and the Smithsonian is that we tell children the truth of God’s Word and the gospel. We explain the true history of the world concerning creation and the Flood—and in doing so we correctly explain the history in regard to dinosaurs and solve the mystery as to what happened to them.  We point visitors to the truth of God’s Word in Genesis, and teach kids that dinosaurs were created on Day Six of the Creation Week and that most of the fossils of dinosaurs were formed during the Flood of Noah’s Day about 4,300 years ago.

Here at the Creation Museum, we have an excellent dinosaur exhibit, which includes detailed, life-size models sculpted by Buddy Davis as well as real fossilized dinosaur eggs. We also exhibit a large animatronic sauropod and other animatronic dinosaurs. And now, a world-class allosaur skeleton will have its own special spectacular teaching exhibit as we continue to “Take Dinosaurs Back”—from the false story evolutionists have made up about them—and put them into the true history of world as given to us by the One who knows all things, the God of the Bible.

Kids and parents alike will enjoy this short animated video of me promoting our “Kids free in 2014” program:

At the Creation Museum, we honor the Word of God and clearly present the gospel—that’s what it’s all about.

Find out more about the Creation Museum and what it has to offer.

Previous Article Remembering the Crucifixion Next Article The Resurrection of Christ