In Nashville—But Not to Sing!

Every year, I count it a privilege to attend the National Religious Broadcasters annual convention (in Nashville) where I have an opportunity to catch up with many Christian leaders who are friendly to AiG’s biblical authority outreaches. And every year, it seems AiG is privileged to pick up a national award from the NRB. For example, twice in the past six years, our website has been picked “Website of the Year” as determined by this 1,200-member affiliation of ministries that have a media presence.

This year, AiG won the NRB award for “Best Use of Social Media”—tomorrow I will be honored to pick up the award on behalf of the ministry from the new president of the NRB, Dr. Jerry Johnson.

Here are some photos from the NRB convention, including the large Ark Encounter exhibit we have set up in the Expo Hall. There is tremendous interest in the Ark exhibit. 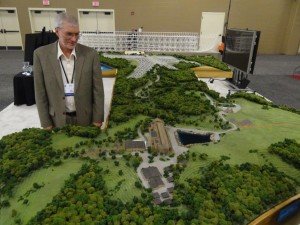 At our Ark Encounter display inside the NRB Expo Hall. 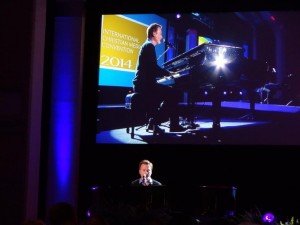 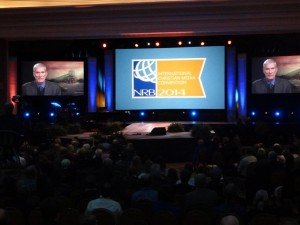 Our Ark Encounter video was shown during the Sunday morning worship service. 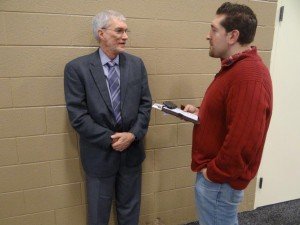 A part of our large booth. 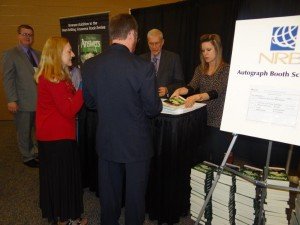 book at the Expo Hall yesterday.

On Sunday evening at the hotel that is hosting the NRB convention, I spoke to a special gathering of media representatives and local Nashville supporters. I gave each attendee a copy of my new Six Days book.

I challenged people to be bold about their stand on the authority of God’s Word and to work hard to raise up this and coming generations to be able to defend the Christian faith and preach the gospel unashamedly. 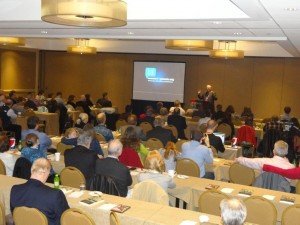 Speaking to supporters at the NRB convention Sunday evening, with an Ark update.

It has also been thrilling to find that just about everyone I am meeting has been saying they (and their friends and family) watched the recent debate with Bill Nye “the Science Guy” earlier this month at the Creation Museum. I have a few media interviews lined up over the next couple of days to discuss the debate and also to share something about the Ark Encounter.