Dr. Troy Shoemaker, the new president of Pensacola Christian College of Florida, and his wife Denise, recently visited our Creation Museum, and it was for the first time. He spoke to our staff while I was wrapping up a speaking engagement in Chicago, but I returned to AiG the next morning to spend some time with the Shoemakers.

Several staff—including on the creative side of the museum team and the future Ark Encounter—attended Pensacola Christian College, and Dr. Shoemaker enjoyed getting to meet with many of them.

Here is a photo of Dr. Shoemaker and his wife Denise—with museum operations director Dan Mangus and his wife Karen (who both graduated from Pensacola). 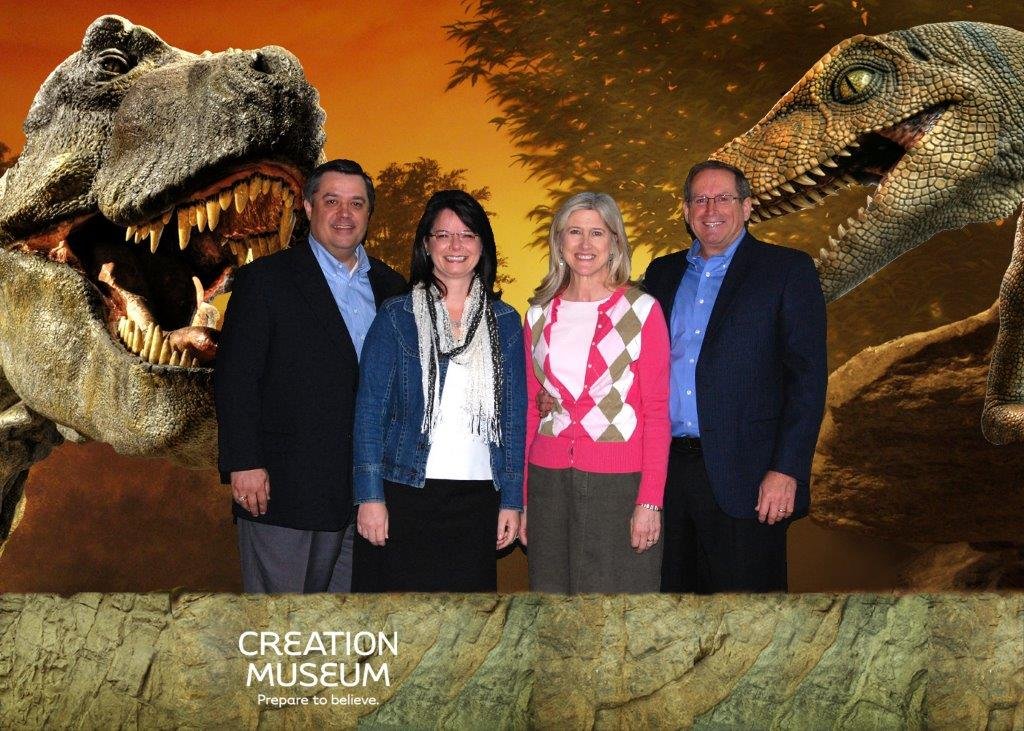 Find out more about this college (I have a close relative attending there right now), which is listed on our database of creationist colleges, by going to www.pcci.edu.

In the current issue of the magazine Religious Travel Planning Guide, our Creation Museum is listed as one of the top religious sites (Catholic and Mormon included) to visit in America. Here is a scan of page five of this magazine, with the museum mentioned: 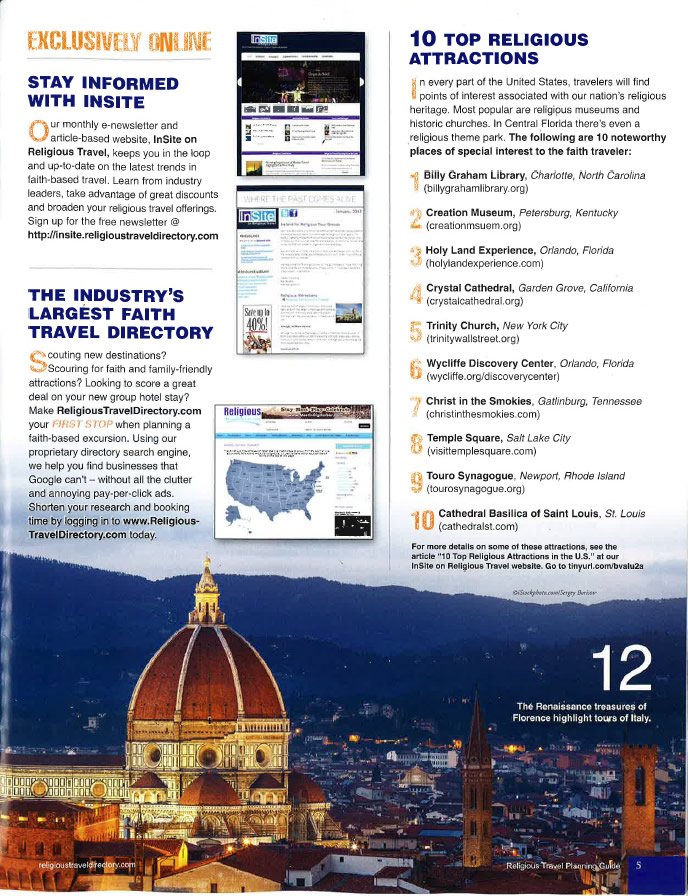 According to the magazine, people spend over $18 billion a year in what’s called faith-based travel. These range from going on pilgrimages to religious sites, to visiting religious museums.

By the way, see my recent blog post where l announced our major clearance sale on books, DVDs, and other items at the museum on April 4–6. If you have not visited the Creation Museum, this is one more reason to come and visit us. And if you have not been here to the museum in the past couple of years, you need to see what’s new inside the museum—with some great exhibits and a large new auditorium for special lectures. And then also take part in our April 4–6 sale of faith-building resources.

Previous Article The Evolving Sexual Agenda Next Article Has New Knee—But Will Walk 2,000 Miles for the Ark Encounter!