A Striking New Addition to our Bible-Proclaiming Museum

Yesterday, a stunning new exhibit was dedicated inside our Creation Museum. It’s an exhibit of 27 valuable Bible-related artifacts that honor God’s Word as it has endured over the centuries, called Verbum Domini (“The Word of the Lord”). It’s a loan of a small number of the rare Bible manuscripts and other items from the famed Green Collection . The entire collection will eventually be placed in the future Museum of the Bible in Washington DC and just two blocks south of the most-visited museum in America, the Smithsonian National Air and Space Museum, and right at a subway stop.

Thursday’s dedication ceremony in front of our staff was led by Steve Green, chairman of the board of the future Museum of the Bible, which has already collected more than 40,000 biblical antiquities. He is the president of the well-known retail arts and crafts chain of stores called Hobby Lobby.

Here is Steve briefing our staff about the full collection. 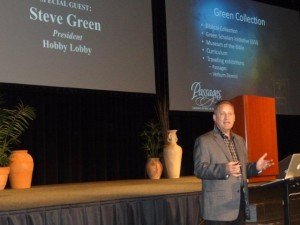 Steve told us something about a page from the Codex Climaci Rescriptus that is now on display—it’s from one of the oldest near-complete Bibles in the world. This Bible was produced in the fourth century AD in Aramaic, Jesus Christ’s language. 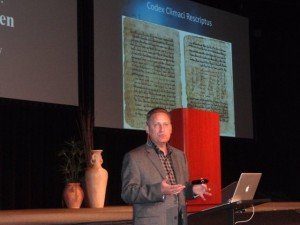 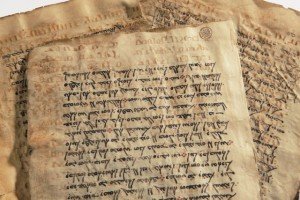 Steve said that whenever the Green Foundation can reach as many people as possible to encourage them to read the Bible, he would look into it. In chapel, Steve declared that Verbum Domini honors the world’s most indestructible book. He indicated that the exhibit also mentions the efforts of brave Christians like Tyndale (burned at the stake for translating the Bible into English) and Martin Luther.

Two rare items in the display include a King James “HE” Bible (1611) and a Tyndale New Testament (1552)—the latter features woodcut illustrations. See the photos below. 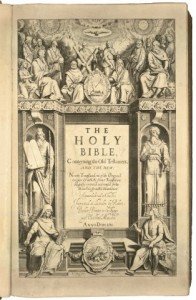 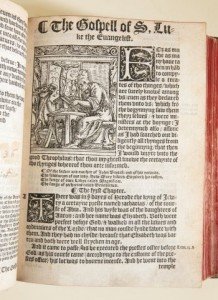 Steve told our staff that his family’s love of the Bible was a major motivation in gathering the collection. He noted that he has toured the Creation Museum twice, once with his family.

During the dedication ceremony, I shared that our museum is dedicated to proclaiming the authority of the Bible—and that we show visitors the Bible has been translated accurately over the years. It is the Word of God. Here I am with Steve in front of the Verbum Domini exhibit and just before we prayed over it. 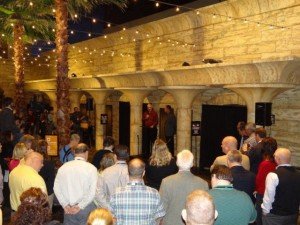 The staff participated in the ceremony—see this photo.

In this photo—and inside the exhibit—is Steve Green, Verbum Domini COO Cary Summers, and me, standing next to one of the display cases. 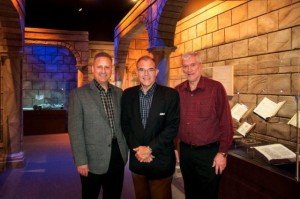 Here is the outside of the exhibit—with a Verbum Domini sign. 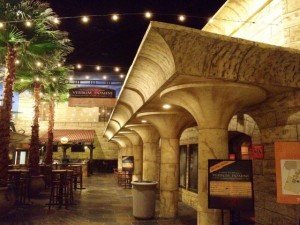 By the way, for Creation Museum guests there will be no additional cost to view Verbum Domini.

The Creation Museum and the Passages exhibition (the sister traveling exhibition of Verbum Domini and which is also a part of the future Museum of the Bible collection) are looking into a possible long-term relationship, with additional items to be placed in the Verbum Domini exhibit at the Creation Museum—and perhaps being changed out every six months or so. This would mean that every six months, visitors to the Creation Museum will have the opportunity to see new spectacular items from the Green Collection/Museum of the Bible.

For more information about Verbum Domini’s sister touring exhibit, Passages (currently in Charlotte, North Carolina), plus the future Museum of the Bible in Washington DC, go to www.explorepassages.com. If you can visit Passages, I urge you to do so.

Be sure to read our web article on yesterday’s thrilling dedication ceremony.