Reflecting on the UK

I have just arrived back home after 11 days in the UK (England and Northern Ireland) speaking in churches and conferences. A few days before I left, there were news items in the UK concerning the continuing drop in church attendance (basically down from around 50 percent in the mid-nineteenth and twentieth centuries to five or six percent today). It is now being predicted that church attendance in the UK will drop to three or four percent by 2020. Even in Northern Ireland (which has been much more “Christian” than much of the UK), church attendance continues to drop.

I challenged the people at the various meetings concerning the compromise in the church regarding the book of Genesis. This disbelief has contributed to past and current generations not accepting biblical authority.

I was thrilled to see that the auditoriums were packed at nearly all the meetings. We even had overflow crowds at a number of them. Lots of young people also attended the meetings. Many people gave testimony as to how AiG had greatly impacted their lives in the past and through these teaching meetings. There was a phenomenal hunger for AiG resources and tremendous interest in AiG’s Answers magazine—the award-winning publication that is the leading biblical creation apologetics magazine in the world.

Here are some photographs from a number of the meetings in England and Northern Ireland: 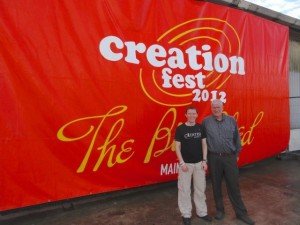 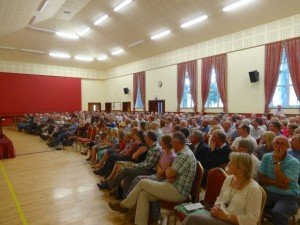 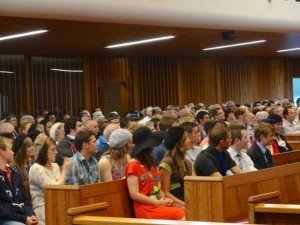 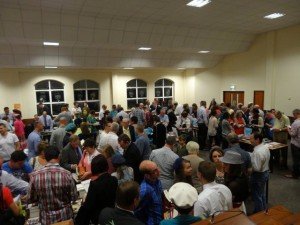 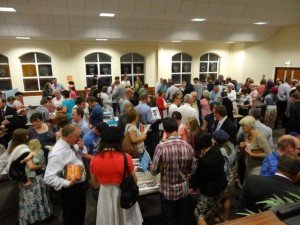 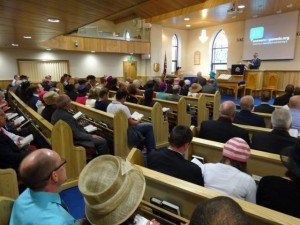 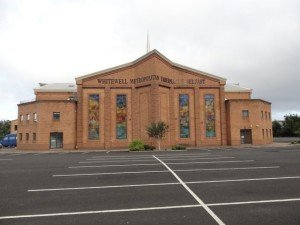 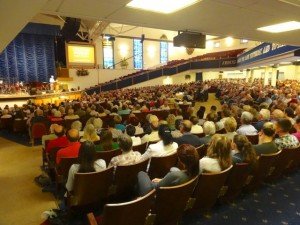 My speaking tour coincided with an outreach led by Dr. Dave Crandall from AiG Worldwide, who led 100 volunteers from the USA and Canada as they evangelized London during the Olympics. They handed out witnessing booklets and engaged people in conversation concerning the gospel. We were able to view the Olympic Stadium from a nearby shopping center, but I did not attend any of the Olympic events. Here are two photographs: 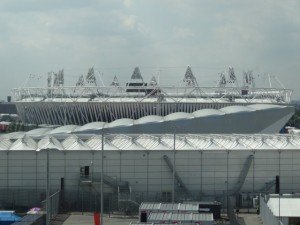 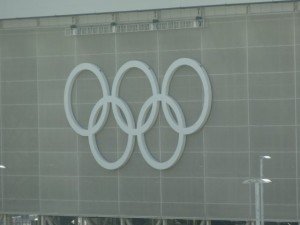 Here are photographs of the AiG team (who paid their own way and accommodations to be a part of this evangelistic outreach) who went to London: 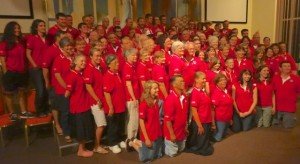 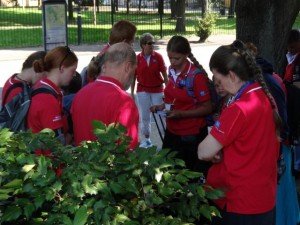 Praying at the start of their time on the streets of London. 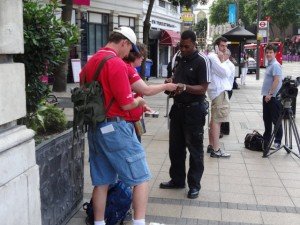 Handing out booklets on the streets of London.

We didn’t have time to do much sightseeing, but we had one day in Belfast where we squeezed in a to visit the new Titanic exhibit. It was phenomenal. The visitors center (which was very crowded) is built on the site where the Titanic ship was built 100 years ago. I have visited the Titanic exhibition in Branson, Missouri (and there is another in Gatlinburg, Tennessee), but this center in Belfast is very different and much more impactful.

I was reminded once again that when this great ship sank, there was no difference between the very rich (and many wealthy people were on board) and the poor. Those who drowned all had to face their Creator. 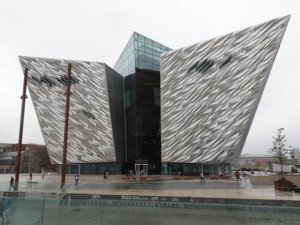 Visitors Center in Belfast for the Titanic (very high-tech inside with lots of fascinating information in the many exhibits). 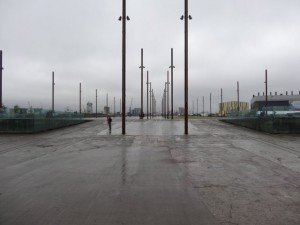 The left one of these two ramps led to the dock where the Titanic was built (it is now filled in). The right ramp is where its sister ship (Olympus) was built. 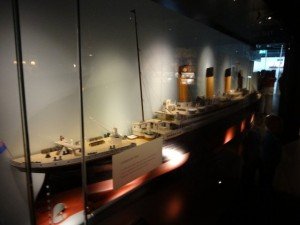 A model of the Titanic.

It was a very draining and packed speaking tour of the UK, but it was also very rewarding. The many, many testimonies I received reminded me how important it is to get this creation/gospel message out. Pastors in both England and Northern Ireland said that I “fired” them up again to the importance of this biblical authority message.

And as is happening in the USA, I had a number of parents tell me they heard me speak as young people many years ago. As a result, they are now bringing their children up on AiG resources. It was such a blessing to talk to some of these young kids and hear their enthusiasm for AiG’s messages about dinosaurs and so many topics.