The evolutionists are at it again! Over the years, we’ve heard a lot about “Lucy” (Australopithecus afarensis), which evolutionists believe is a relative of humans as part of the supposed evolutionary history of man. Although much of the study of Lucy’s bones has been dedicated to reconstructing her physical body, complete with exhibits and artists’ renditions that depict a human-like Lucy, a recent article in Discover magazine is taking a different approach—evolutionists are trying to reconstruct Lucy’s vocal cords to show how she would have communicated as the supposed ancestor of humans.

At the Creation Museum, we recently unveiled a new exhibit on Lucy, which emphasizes that our “starting points” make a difference in how we interpret evidence. In our exhibit, we show that Lucy was simply an ape, probably resembling a small gorilla. We also have on display a cast of all the bones found from her body: only 47 out of 207. 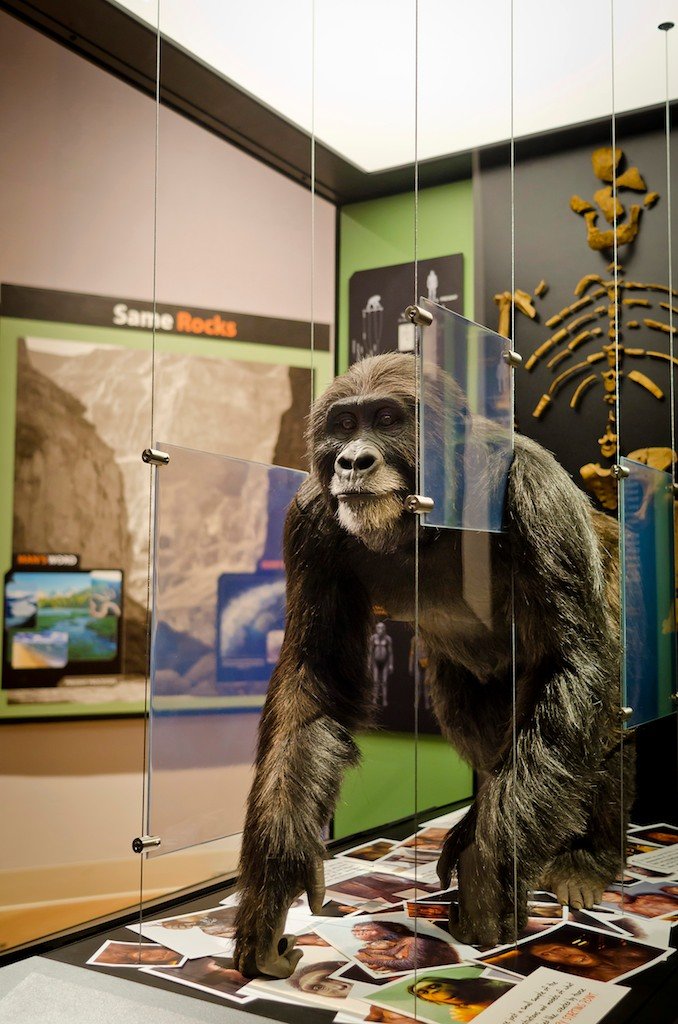 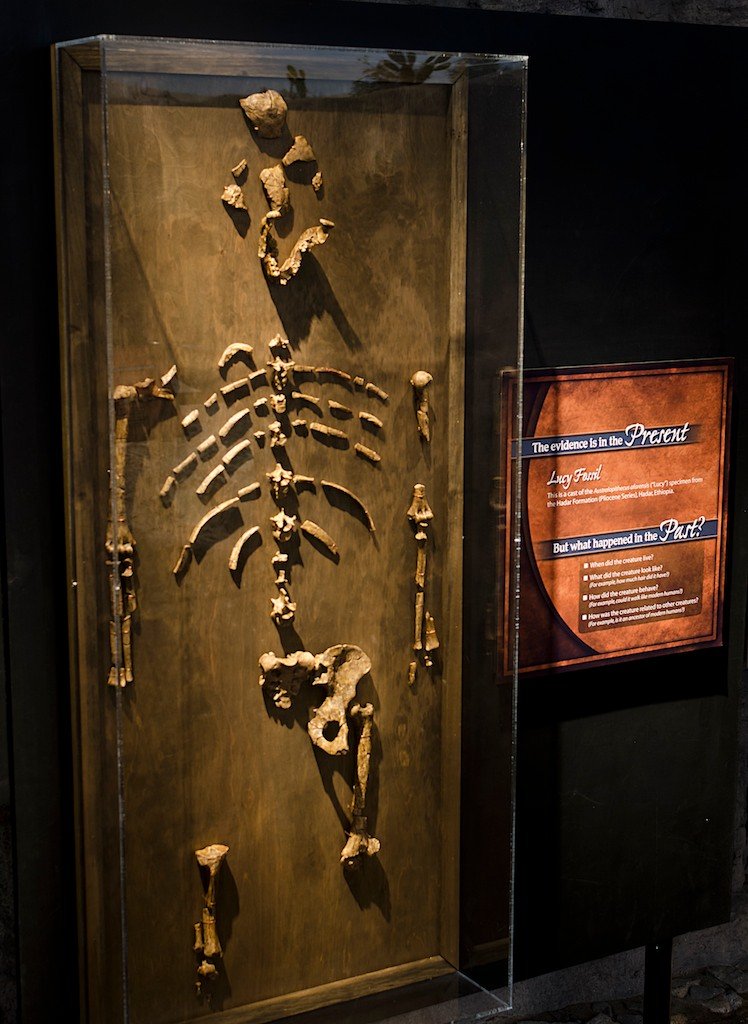 One of the taglines for our Lucy exhibit is, “What did Lucy look like? The bones don’t tell us!” And it’s true—with the hands, feet, and much of the skull missing, it’s very difficult to really theorize about what Lucy looked like. But one thing we know for sure—Lucy was not a supposed ape-like ancestor of humans. From his analysis of the bones Dr. David Menton (AiG–U.S.) concludes that they resemble those of an ape, not a human (for a more in-depth analysis from Dr. Menton, read “Farewell to ‘Lucy’”). And Dr. Menton’s analysis confirms what we already know from Scripture (the only authoritative starting point), which is that God created man from the dust and woman from the man’s side—He did not use evolutionary means to evolve ape-men (or ape-women) into modern humans. So we can conclude that Lucy is either totally ape or totally human!

The Discover article, titled “Big Idea: Bring Ancient Voices Back to Life,” obviously operates under the assumption that evolutionary ideas are valid:

Take our ancestor Lucy (Australopithecus afarensis), who stood less than four feet tall, swung from tree branches, and ran easily along the ground on two feet more than 3 million years ago. What did that diminutive prehuman sound like as she called to her kin? (p. 10)

Now, these scientists have never seen the bodies of these supposed “missing links,” so how do they think they can accurately reconstruct Lucy’s vocal cords? All they can do is guess, based on their faulty starting point that Lucy is an ape-like ancestor of humans!

And they clearly are guessing. The author writes, “Lucy could not speak the way we do, because she most likely had air sacs, balloon-shaped organs that attach to an extension of the hyoid bone” (p. 10). Using nothing more substantial than the bones in the picture above, these evolutionists have decided that the supposed evolutionary ancestor of humans had a vocal tract similar to that of an ape’s—and then assume that Lucy would have used this vocal tract for communication similar to how a human would communicate. Amazing!! Actually, it’s really not amazing—this is the sort of outlandish material we often see from the secularists! If creationists were to propose things like this, we would be scoffed at big time!

In the proposed make-up of Lucy’s vocal tract, the article says, “Lucy’s vowels would have merged together until they were almost indistinguishable. The easiest vowel sound to make when air sacs are present is “uh.” To human ears, our ancestor might have sounded perpetually bewildered and yet a bit scary: ‘Duh . . . duh . . . duh . . .’” (p. 11).

On Saturday, we will be posting a fairly detailed item in News to Note that will examine the basis for this researcher’s claims about the evolution of speech. It will include some anatomical comparisons of apes and humans to make the differences in design clear. Check the front page of the AiG website on Saturday for News to Note.

(A thank you to AiG researcher Steve Golden for his work in putting this blog post together.)

Previous Article “For This They Willfully Forget . . . ” Next Article A Giant Distortion