A big part of AiG’s outreach is equipping Christian schools and homeschools with resources that present a biblical worldview starting from the Bible’s very first verse. In addition to our books, DVDs, and curricula, AiG has had the wonderful opportunity of speaking at a number of conventions organized by the Association of Christian Schools International over the years. In fact, I was privileged to keynote the ACSI national convention in California back in the 1990s.

The relatively new president of ACSI is Dr. Brian Simmons, who visited the Creation Museum with his wife Bonnie on Saturday. The membership of schools has grown to 240,000 campuses on more than 100 countries. In all, about 5.5 million students attend an ACSI school somewhere in the world.

Here is a photo of Brian and Bonnie at the museum. 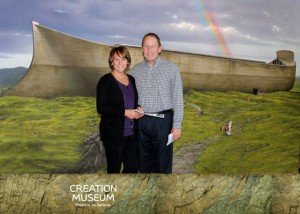 We look forward to talking with Dr. Simmons and his staff about curriculum resources we are developing, plus our DVDs.

What Is a “Classical Christian Academy”?

This past Tuesday, we welcomed John Davis, founder of Cornerstone Classical Christian Academy located in our area, to our staff chapel time. John Davis brought a devotion for the AiG staff and also gave details about this special Christian school. 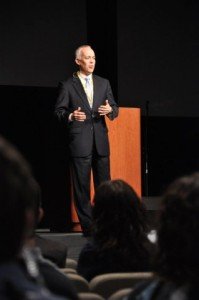 Here is a short audio file that summarizes what the school is about.

Some employees of AiG are involved with this local Christian school, either in a supportive role or parents of a child who attends.

You can find out more about about the school at the Cornerstone Classical Christian Academy website. Also, be sure to check out their Facebook page.

Previous Article Music to Our Ears! Next Article Baptists Beware!