You Can Witness at the Olympics—Don’t Miss the Trip of a Lifetime! 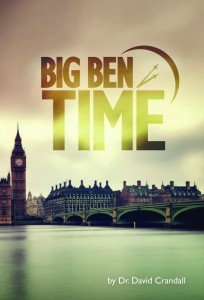 This booklet, in several languages, will be distributed by the tens of thousands at the London Olympics this summer.

Have you ever dreamed about taking a foreign mission trip?

Have you ever dreamed about attending the Olympic Games?

Have you also ever dreamed about being in London?

75 people (so far) are about to live those dreams this summer.

They are part of the AiG Olympics team that will be leaving for the London 2012 Olympic Games on August 2, 2012. They will spend 10 glorious days at the Belsey Bridge Resort and travel by coach to the streets of London to do ministry. They will be involved in evangelistic literature distribution (in eight languages) and witnessing as God gives the opportunity.

Also, my wife Mally and I will be going to the UK at the same time so I can speak in various locations, and I will spend some time with this AiG Olympics team to give them their own mini AiG conference!

You can still join us for this once-in-a-lifetime ministry experience—students, families, mission groups, pastors and missionaries, retired folks, and anyone who would love to meet people from 200 countries.

There will be time to explore London and even attend an Olympic event.

The AiG team will fly out of New York City directly to London’s Heathrow Airport where our coaches will be waiting.

However, because we have reserved flights during the Olympics when air traffic is at the maximum, our team members must sign up quickly.

Dr. David Crandall of AiG Worldwide will be leading this AiG ministry team; this will be his seventh such Olympics (including the Winter Games).