He Makes Dreams Out of Nothing

Well, as you know, the vision for the Creation Museum expanded much over the years to be what it is today. But that meeting in Buddy and Kay’s log cabin was an integral part of the Lord bringing special people together so this facility would be realized.

At that time in Buddy and Kay’s cabin, I saw a guitar hanging on the wall and found out Buddy could play it and sing! I asked Buddy to sing a song, and after some coaxing, he did. He sang “He Makes Dreams Out of Nothing.” After hearing it, I said to Buddy, “I want you to sing that song at the opening of the Creation Museum.” And that is exactly what happened on Memorial Day weekend in 2007.

At the AiG staff chapel this past week, I had the privilege of giving Buddy his 15-year service award—15 years as a staff member of AiG. Here is a photo of Buddy as I explained how Buddy came on staff and his role in the vision of the Creation Museum: 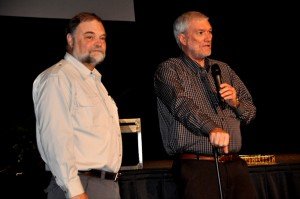 I then presented Buddy with his 15-year service award (we make presentations to staff at 5, 10, and 15 years). Here is Buddy as I present him with this award: 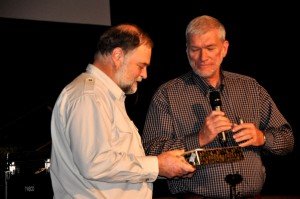 I asked Buddy to sing the song “He Makes Dreams Out of Nothing” as a reminder of that special time nearly 18 years ago. 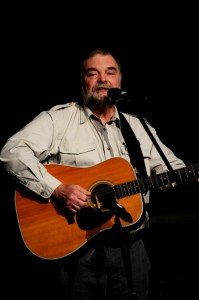 Also, we celebrated two special birthdays at the same staff chapel. Charlie Mills (who works in shipping and also with Creation Museum guest services) turned 70, so for this milestone we presented him with a gift certificate to the AiG bookstore. 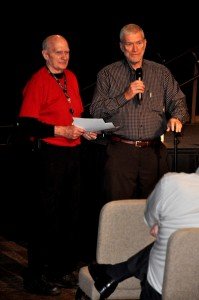 Renee Looy, wife of Mark Looy (a co-founder of AiG), turned 55, so all the staff joined in singing happy birthday to the both of them. 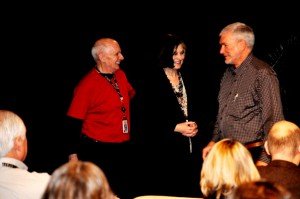 Well, sorry for that blunt headline. It was suggested by our outreach department so that it would grab your attention (it’s a phrase heard a lot in the past 20 years in politics) and let you know about a special event—and the “economical” savings you can enjoy if you act soon. Here’s what else our outreach dept. had to say:

As Christians we know that the most important investments are not economic ones but eternal investing that really matter. For families, this summer offers a little of both worlds: eternal investment in strengthening the faith of your family as well as a great economic value to your pocket book.

The “Proclaiming the Faith” family conference in Branson, Missouri—July, 16–20, 2012—will offer great teaching, family fun, and economic value. In fact this year’s conference pricing is less than our 2007 Answers family camp! If you register before April 11 and take advantage of the “early-bird” pricing, an adult registration is 35 percent less, and a family of four is 30 percent less than it was in 2007! That’s great news in the these tough economic times!

This makes the 2012 “Proclaiming the Faith” family conference a great value even in challenging times.

Add in the fact of superb speakers including Ken Ham, Todd Friel, Mark Spence, and many others along with special music from John Elliott and our own Buddy Davis; this is a great family value with eternal dividends.

Register today for Proclaiming the Faith and enjoy a week in Branson that last a lifetime. I recall that over 2,500 people attended our Branson conference last time. With all the family attractions in the area plus the Bible-upholding teaching at our national event, our last conference became a wonderful vacation for hundreds of families. See  www.proclaimingthefaith.org and sign up now.

Previous Article Another Opportunity for the Ladies Next Article A Pastor Who Really Gets It!