It was a very exhausting (but rewarding) two days at Bellevue Baptist Cordova (Memphis) in Tennessee. Yesterday, I spoke to 3,000 young people at the two school assemblies, and we spoke to around another 10,000 total at the other sessions for the general public (Sunday morning, Sunday evening, and Monday evening).

I met a number of families who drove considerable distances (e.g., Knoxville) and from different states (e.g., Mississippi). I heard many great testimonies from those who attended.

One person told me he had invited an atheist from his work to hear me speak a few years ago, and the atheist became a Christian. A young lady told me she was attending secular college, and it was AiG resources that helped her survive the intense evolutionary indoctrination. Many parents thanked AiG for the tremendous resources that help them to train their children in the truth.

Here are some photographs taken at the event at which Dr. Gary Parker and I participated. 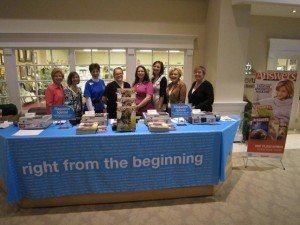 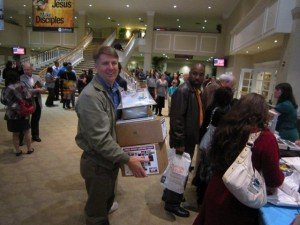 Nearly all the resources were sold to excited people wanting to be equipped to defend the faith. 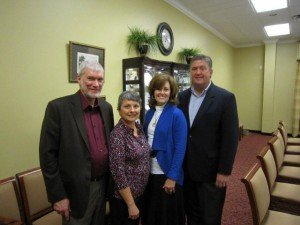 Mally and I with the Senior Pastor and his wife (Steve and Donna Gaines). 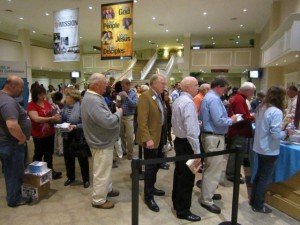 People lining up for resources. 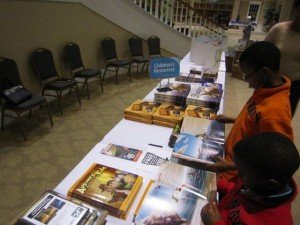 Kids loved looking at the books. 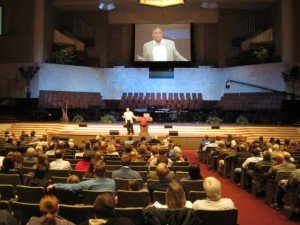 Lots of cars in the parking areas.

Crosses at the front of the church property.