I'm sure all of you have heard of the MRI machine. Many of us have been scanned by this machine, so an image can be produced to help doctors in diagnosing a medical problem. The inventor of this machine is Dr. Raymond Damadian of New York. We have written articles on this famous Christian in the past. Dr. Damadian loves the AiG ministry, and even speaks on occasion on the creation vs. evolution issue. He and his wife Donna visited the Creation Museum this past Tuesday and Wednesday—they drove all the way from Long Island (about 700 miles) to be with us. Here is a photograph taken overlooking AiG’s new, soon-to-open 1,000-seat auditorium: 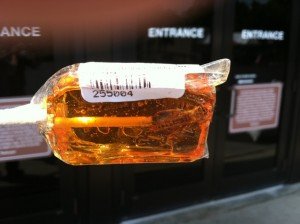 Dr. Tommy Mitchell is an internist, and Dr. David Menton taught medical students at the Washington University School of Medicine in St. Louis, so it was a thrill for these two AiG researchers who are involved in the medical field to meet a fellow Christian who is an ardent creationist and an inventor of one of the world’s phenomenal medical devices.

Mark Looy, our CCO and AiG co-founder, connected with his former boss on Saturday at the Creation Museum. Dr. Paul Boatner, president of the accrediting organization called TRACS,  and his wife Mary, met Mark at the museum. Dr. Boatner was previously a VP at a community college in California, and he hired Mark (around 1987 or so) to teach a course in European history.

TRACS stands for the Transnational Association of Christian Colleges and Schools. It is recognized by the U.S. Department of Education as a national accrediting agency for Christian colleges, universities, and seminaries—including those schools that teach creation but have difficulty getting accredited by regional agencies because evolution is not being taught as fact at those schools.

Here are Paul and Mary inside the museum’s planetarium just before the astronomy program started. 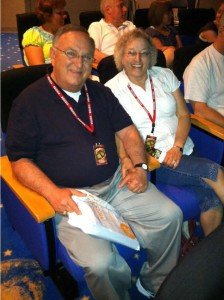 Mark gave him a copy of our new book Already Compromised, which exposes the compromise on biblical authority that is so rampant in Christian colleges today.

To find out more about TRACS (which was co-founded by Dr. Henry Morris, the father of the modern creationist movement), go to www.Tracs.org.