Today we have a special article on the front page of the website, responding to gross distortions/mistruths in an article that appeared in Kentucky’s Courier-Journal newspaper on Sunday and was reprinted in today’s Cincinnati Enquirer.

Last month, we posted a web article that exposed misrepresentations made by some in the mainstream media and dozens of bloggers regarding the future Ark Encounter in northern Kentucky.

The two major newspapers in our state have been quite hostile toward the Ark Encounter and its goal of bringing parts of the Bible to life and presenting these biblical events as true history. The Louisville paper, the Courier-Journal, the largest paper in the state, and the Lexington newspaper, the Herald-Leader, have featured several articles and editorials in the past several weeks that have attacked the Ark project (as well as Democratic Governor Steve Beshear for supporting its construction).

We believe, based on previous Ark-related comments made in the newspaper, that the Courier-Journal’s opposition to the Ark Encounter has everything to do with the religious content of the project and the editors’ dislike for a project that wants to show that the Bible is true from the very first verse.

Given the track record of the Courier-Journal, our conclusion is that the paper’s editors are trying to discourage people from getting behind the project by employing scare tactics to try to move the Ark Encounter out of state.

I urge you to read our response on the front page of our website today.

We praise the Lord for the phenomenal response at the AiG conference in Lenexa Baptist Church near Kansas City with Dr. Gary Parker and me. Last night, 2000 people filled the auditorium and two overflow rooms. This was the biggest event held at the church, we were told. The services were also packed Sunday morning, with the second service seeing a crowd that overflowed the auditorium—and it was the second biggest crowd at the church other than for their Easter service.

Here are some photographs taken yesterday: 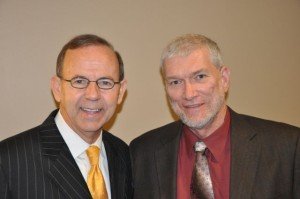 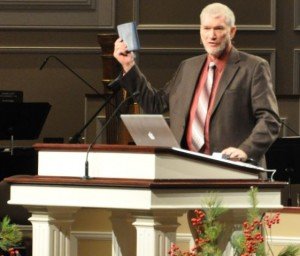 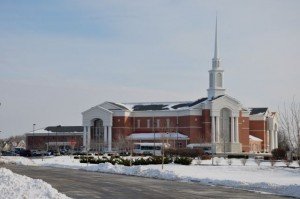 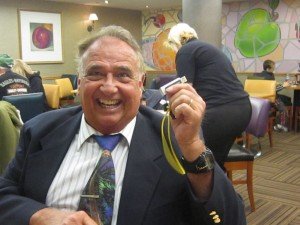 Dr. Gary Parker holding a flash drive; he has now gone all-tech, using a computer instead of an overhead projector! 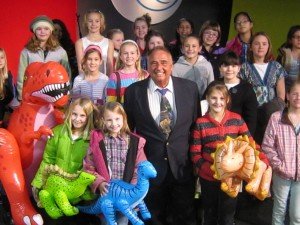 Dr. Parker with some of the kids he spoke to Sunday morning 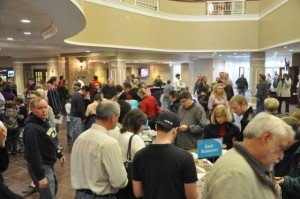 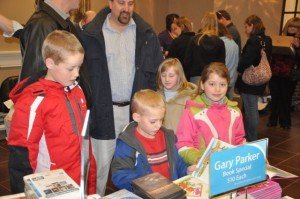 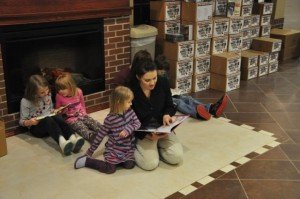 A mother reading her child an AiG book 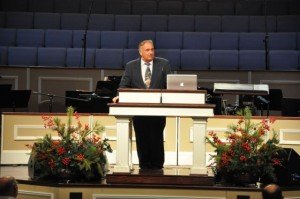 Dr. Parker using a Mac computer to speak to the main audience 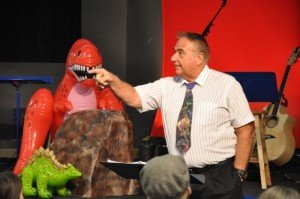 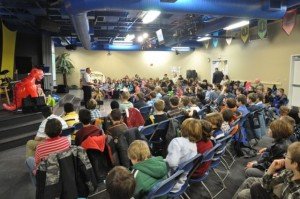 Dr. Parker speaking to the children

Previous Article Snakes Alive? Next Article A Day at the Creation Museum