Half the Atheists Came Back

Well, half the atheists came back to demonstrate outside the church yesterday morning as hundreds of children came to attend the special school assemblies.  Here is a photograph of the demonstration: 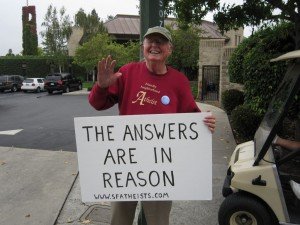 One of our staff went out to speak with the one protester.  He sent me this email:

I went out and said hi. He was alone this time, and he greeted me in a friendly way.  So I engaged him by inviting him into the church café for a coffee and donut—on me. He responded with something like, “I don’t want to be preached at—why are you trying to convert me?” To which I replied, “but all I did was ask you in for a cup of coffee?” Then (in a blink of an eye his countenance changes dramatically) yells at me and says, “I DON’T WANT A G&*#! $&%#@ CUP OF COFFEE, AND I DON’T WANT TO BE CONVERTED,” as he lifted the sign over his head and slammed it on his knee and then stormed off. He opened his car door threw the sign in, jumped in his car, and sped off. The mind boggling irony is the sign he is holding encouraging people to find answers in “reason.”

So the “friendly neighborhood atheist” (see t-shirt), who wanted to convert people to atheism, was not prepared to discuss anything. I guess if he thought he couldn’t convert people to his belief in atheism, he may as well leave!

In thinking about his sign, “the answers are in reason,” I was reminded of Isaiah 1:18:

Come now, let us reason together, says the LORD: though your sins are like scarlet, they shall be as white as snow;  though they are red like crimson, they shall become like wool.

Sadly, the atheist didn’t want this “reason,” which he so desperately needs.  Please pray for him.

Here are some photos taken yesterday during the special children’s programs: 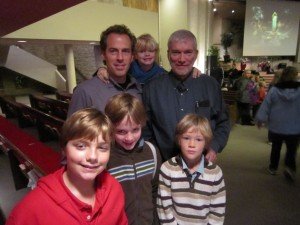 Pastor Mike with three of his boys and a friend 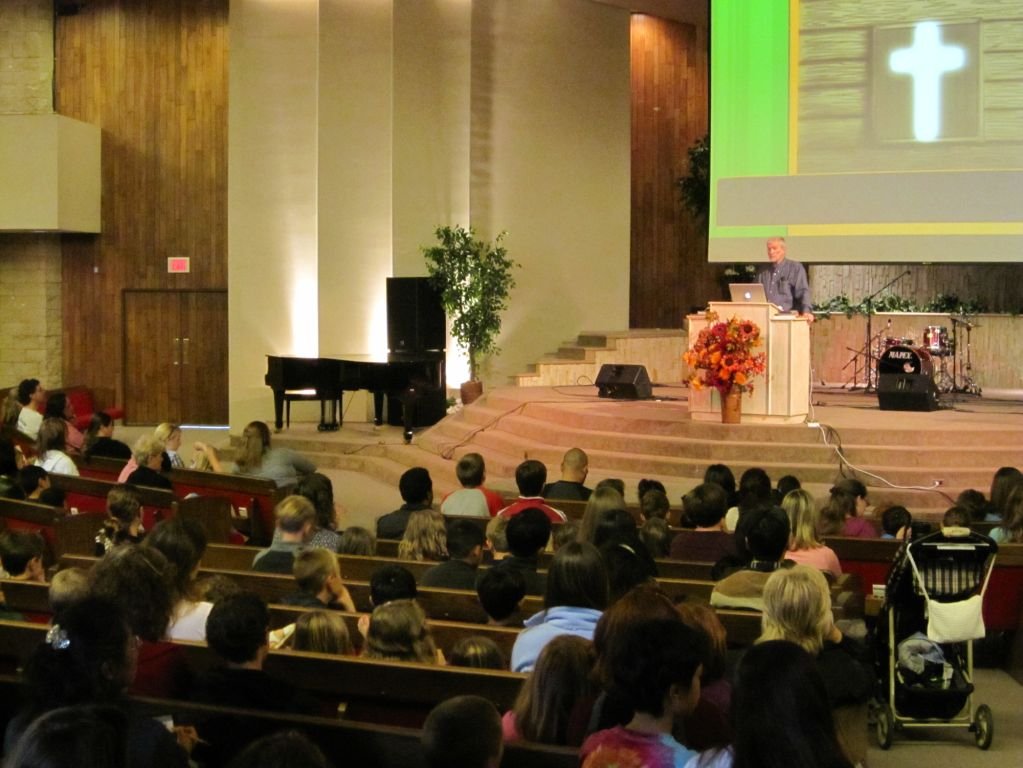 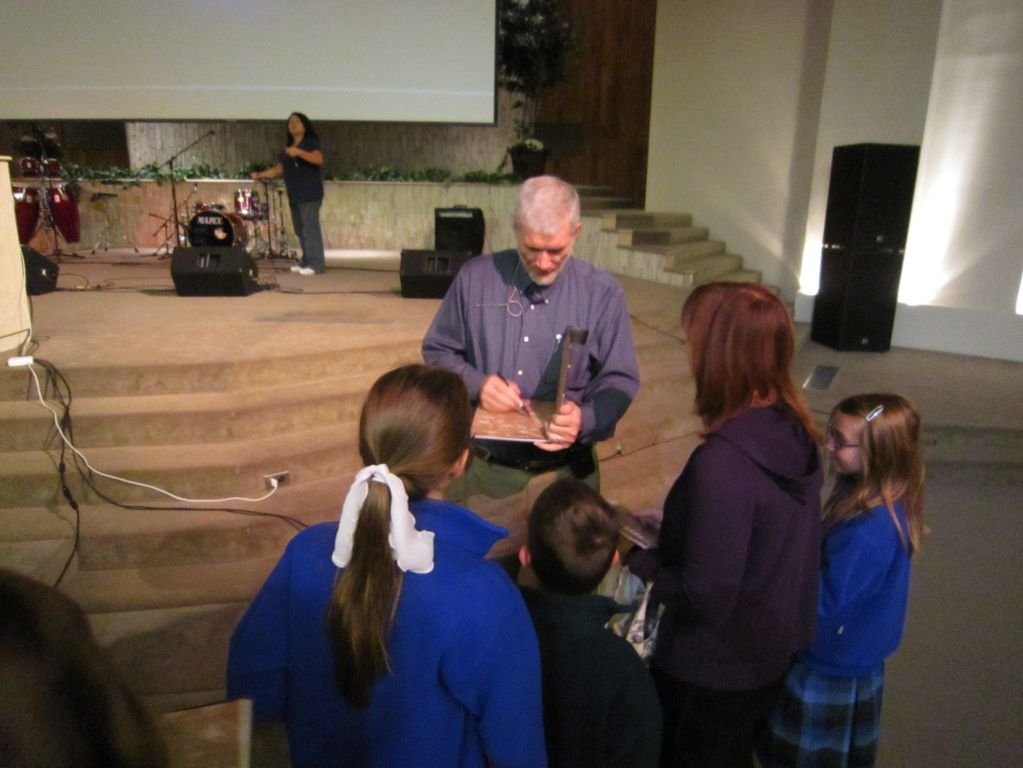 He that put His Holy Spirit within him

(Isaiah 63:11) Then he remembered the days of old, Moses, and his people, saying, Where is he that brought them up out of the sea with the shepherd of his flock? where is he that put his holy Spirit within him?

It was the Father who put His Holy Spirit, the Spirit of Christ to live in us after we were saved, so we now have a Holy Guest living in us as our helper, comforter. Thanks for stopping by and thanks for praying,