We are accumulating mountains of snow in the parking lots at the Creation Museum (as are shopping centers, businesses, etc.) because of the large amounts of snowfall we have had recently. This area (Cincinnati/Northern Kentucky) is already above the normal for amount of snow—with more on the way!

It is interesting to see many news items questioning global warming because of the harsh winter across the USA—a few days ago, one news item was reporting that 49 states in the USA had snow (I guess we should all move to Hawaii!). I have included a photograph taken at the back of our offices—we are going to have to excavate this vehicle! 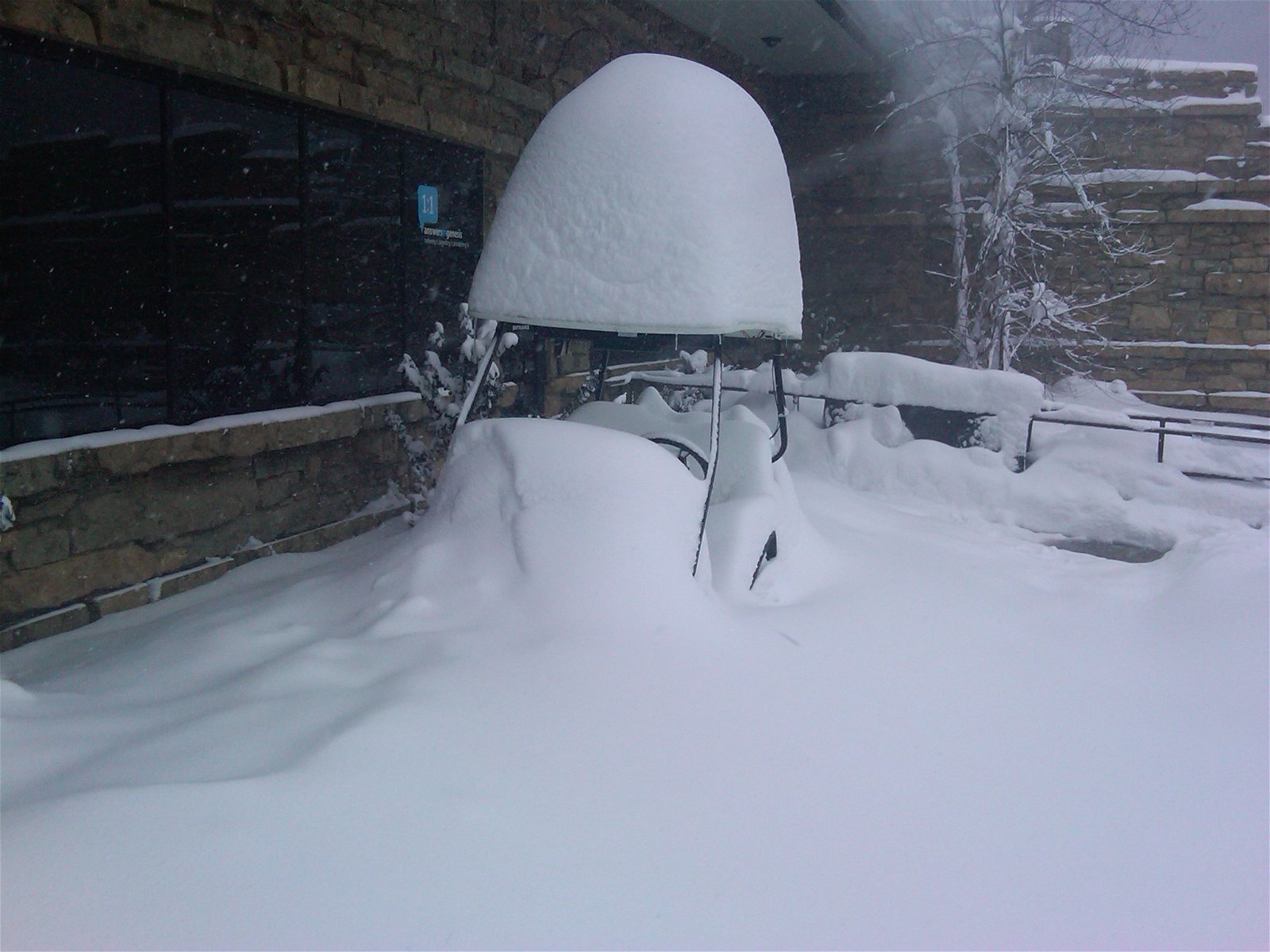 One news item in particular reported that a meeting on global warming in Washington, D.C., had to be postponed because of a snow storm—and the accumulating snow in D.C. is certainly making people question the claims of the global warming alarmists! But as I watched the news, I heard the proponents of global warming claiming that such a harsh winter is exactly what one would expect from global warming! You see, just like with the evolutionists, it doesn’t matter what the evidence is—they will always have a story to try to justify their belief!

Also, here is a news article from the UK’s well-known paper The Sunday Times that has some scientists casting more doubt on whether human pollution is really raising global temperatures.

I thought I would mention this to remind everyone of the global warming DVD documentary AiG and Coral Ridge produced, along with the accompanying pocket guide. These are excellent resources to give people a carefully researched perspective on this issue (and why one can’t trust everything that Al Gore has claimed!). You can find out more about these resources and how to obtain them from the AiG online bookstore.

More about the “State of the Nation”

Many news sources have either picked up our news release on the “State of the Nation” address from Tuesday night or have reported on it. Here are just three of the many:

We had a special visitor at the museum yesterday. Sye Ten Bruggencate of Canada dropped by to see the museum and to meet up with Dr. Jason Lisle, our astrophysicist.

Sye has a web ministry that promotes presuppositional apologetics at www.proofthatgodexists.org. He stopped by my office and told me how much he appreciated the Answers in Genesis ministry. Sye has been using my book The Ultimate Proof of Creation along with other materials to defend the Christian faith—and to help other creation ministries to better defend the faith.

At this present time also there is

(Romans 11:3–5) Lord, they have killed your prophets, and digged down your altars; and I am left alone, and they seek my life. But what says the answer of God unto him? I have reserved to myself seven thousand men, who have not bowed the knee to the image of Baal. Even so then at this present time also there is a remnant according to the election of grace.

When we look at the Jews we see no hope for gospel response, but the Lord Jesus Christ sees among them some He knows will respond; so, by faith we preach on. Thanks for stopping by and thanks for praying, Ken