Well, it is not alive like the other animals in our Petting Zoo on the Creation Museum grounds—but this exhibit has become a popular “photo spot” for those visiting the Petting Zoo: 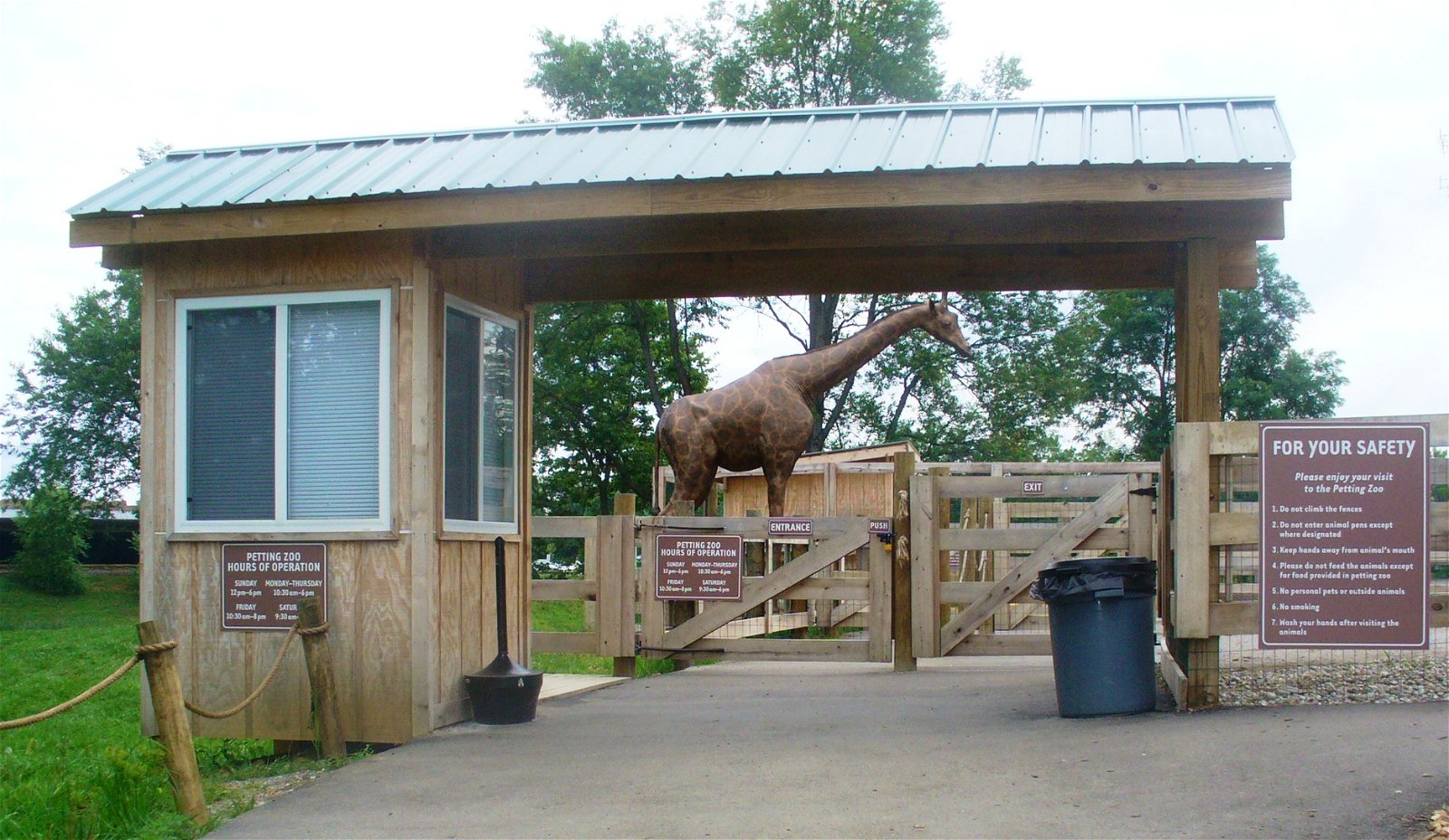 I often hear feedback as to how the ministry of AiG is making a difference in how people act and what they say.

1. Recently, a group of people traveled to a particular tourist spot in the USA as part of their vacation. They shared with me that the tour guide stated that a particular formation was only a few thousand years old. The tourists were surprised, expecting the guide to say millions of years. They questioned the guide, who told them he had visited the Creation Museum quite some time ago and it changed his whole outlook on the world—and this has changed what he says.

2. A large Christian radio network had a quiz that accepted the idea of an earth that is millions of years—a listener contacted the network, and the quiz was changed—here are excerpts from the emails:

LISTENER: “I feel bad writing to y’all. . . . But I had to after taking today’s quiz. The question asks which river eroded the Grand Canyon “over millions of years.” How can that be, when the Bible dates the earth to only about 8,000 years old? I don’t mean to be picky, [but this network] is setting an example for all Christians. If, for some reason, the writer of the question does not believe the Genesis account of Creation, they could have simply left out the part about “millions of years” and just asked which river carved it out. (Many Christians believe it was carved out during the Great Flood). God Bless!”

STATION: “ . . .We’re sorry the question in today’s trivia caused an impression we didn’t intend. We believe in the biblical account of creation! We appreciate you taking time to share your input. We have changed our trivia question to say: ‘Summer is the most popular time for families to get away. One destination many may visit is The Grand Canyon. What body of water runs through it?’”

Praise the Lord of those who are willing to make a difference!

I LOVE, LOVE, LOVE AiG; its speakers, materials, sound theology, etc. I’m a single mom who does not have 2 nickles 2 rub together, but I am a prayer warrior FOR YOU and hopefully someday will again be able to send $$$. [I] have used AiG [materials] in my Sunday school . . . .

We will be in contact with this lady to see how we can further assist her.

Answers for Darwin Conference in Oregon

I thought I should bring to your attention that we are doing another Answers for Darwin conference in September this year —in Oregon (Portland area). Find out more information here.

Racing to the Museum

Later today at the museum (and I hope they obeyed the speed limit getting here!) . . .

PETERSBURG, Ky., July 28, 2009 – Indy Lights driver Brandon Wagner will be showcasing his No. 32 Kingdom Racing car at the Creation Museum near Cincinnati on Wednesday, July 29, prior to competing in the Firestone Indy Lights 100 race at Kentucky Speedway on Aug. 1.

The Creation Museum, located in northern Kentucky near the Cincinnati Airport, brings the Bible to life with a high-tech 70,000 square foot walk through history. Wednesday’s opportunity for museum guests to meet Wagner is the second time the museum has partnered with a racing team, having the museum logo recently wrap the #81 car driven by Bobby Hamilton Jr., at last month’s Meijer 300 (also at the Kentucky Speedway).

The Kingdom Racing team, which featured a car in this year’s Indianapolis 500, is an especially good match for the museum, as it was established with the mission to “Deliver God’s Word through Motor Sports.” The team’s goal is to work with national Christian entities to reach 1 million men for Jesus Christ.

Ken Ham, founder and president of the Creation Museum, stated: “We are delighted to have Brandon and his Indy race car with us, and to have our museum logo displayed on his car. It’s wonderful to know that the race he’ll be in can be used along with our well-attended museum to proclaim the gospel to so many people.”

Wagner will be at the museum Wednesday from 3 - 5 p.m., meeting guests, signing autographs, and posing with the car. “This is a wonderful opportunity to meet and greet guests at the Creation Museum, as we share a common goal in glorifying God,” Kingdom Racing founder George Del Canto said. “The Creation Museum is a powerful witness for the Lord and we are delighted to demonstrate our support for their efforts.”

Brandon Wagner, 21, started racing go-karts and winning at the age of 12. Wagner then went on to the United States Auto Club midget ranks and attained victory in the Ryan Newman Night USAC Midget race at South Bend Speedway in 2006. He has competed in four Indy Lights races this year, finishing 11th at the Freedom 100 at the Indianapolis Motor Speedway.

Answers in Genesis is a biblical apologetics ministry and a nonprofit Christian organization dedicated to confirming the validity of the Bible from the very first verse. In addition to the acclaimed Creation Museum, which recently had its 800,000th visitor (since its grand opening in May 2007), Answers in Genesis outreaches include about 300 teaching meetings each year, an award-winning website and magazine, and the “Answers” radio program airing on 800 stations.

He calls His own by name

(John 6:44) No man can come to me, except the Father which has sent me draw him: and I will raise him up at the last day.

Our resurrection is a very personal, intimate act by the Lord Jesus Christ Himself—no wonder He will call us by our name out of the grave as He did Lazarus. Thanks for stopping by and thanks for praying,