It is encouraging to see many examples of how the Answers in Genesis ministry is influencing lives around the world. Recently, I found out about a homeschool ministry called Living Science that stands on the same statement of faith as AiG and conducts a science project for students.

One of the students presented a very interesting project—impersonating a young Ken Ham! Living Science is not a school. According to its website, it is a study center committed to providing academically excellent learning opportunities in science and other subjects. It ministers to homeschooling families and is a place where students will experience real faith in action. There are ample opportunities for individual spiritual growth at Living Science. They also have this quote in their doctrinal Statement:

Living Science subscribes to literal six day Biblical Creationism and a “young earth” policy. It follows the same beliefs and viewpoints as Ken Ham of “Answers in Genesis” (see answersingenesis.org for more information). This belief forms the basis of the world view presented by Living Science and is integrated into all instruction.

Penney Davis is the founder, and it is located at 4095 North Arnold Mill Road, Woodstock, GA 30188. You can reach them by phone at (770) 591-4141. Living Science is producing a curriculum called Divine Designer to reach other home school families around the world. Their website is: http://www.livingscience.com/

The 6th grade class at Living Science had a project called “The Wonder of Scientists of the Past.” The goal was to pick and research a Christian scientist. They had to make a project board, bring visuals, and “become the scientist” in order to give a five-minute oral report. Well, Reeves Ostrowidzki of Canton, Georgia, researched about me and put together the following board (and dressed for the occasion): 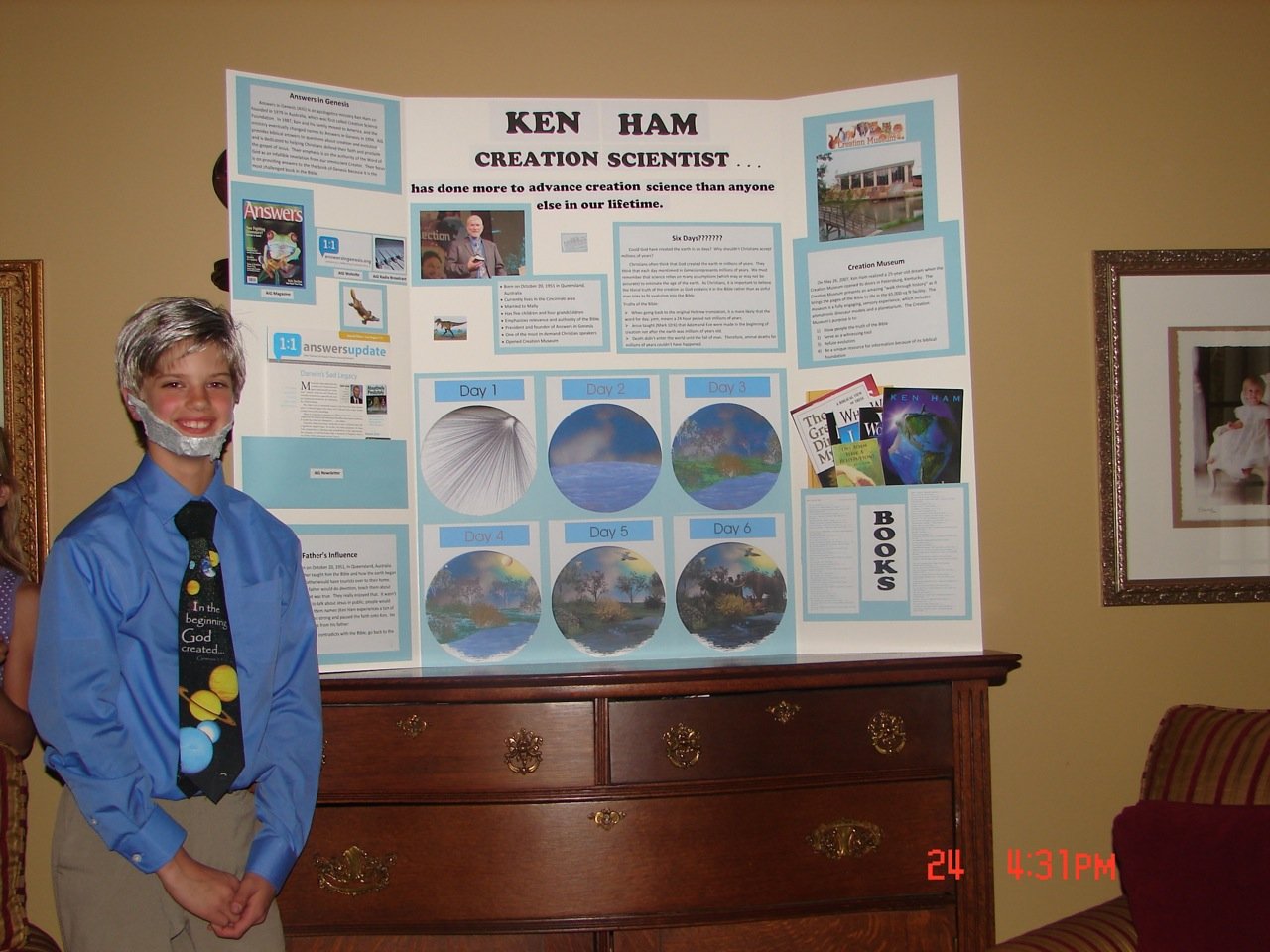 Reeves had a great time researching Ken Ham and putting together his board. He didn't attempt the accent, but he did play the guitar and sing [Buddy Davis’s] song “Billions of Dead Things.” He also wore one of those Gen 1:1 ties we ordered from [the] website. Great fun!

Well, Reeves, I am flattered that you would do this. Congratulations on your research. Most of all, I am thrilled that a young man like you wants to look up to Christians who stand upon the authority of God’s Word! How the world needs more like you!

By the way, I am not a “scientist” in the sense of someone who has a PhD and conducts research as Dr. Andrew Snelling does in geology, but I am one who has studied the Genesis/creation/evolution issue in detail for over 30 years. So, from that perspective, Reeves is referring to me as a “creation scientist.” Similarly, we could say all Christians are really “theologians” in the sense that they study the Bible, but not all obtain theological qualifications from a seminary to be a trained theologian.

Refreshing Article in the Courier-Journal

A refreshing article appeared in a Louisville (Kentucky) news source, the Courier-Journal about the Creation Museum.  It was refreshing because the writer obviously did his homework, visiting the Creation Museum and writing a news story—not an anti-creationist agenda piece as we often see. He certainly included statements from those who disagree with the Creation Museum’s message—but he did in a way that a reporter should.

You can read this article at:

Creation Museum on a Car? Whose Car Is This? 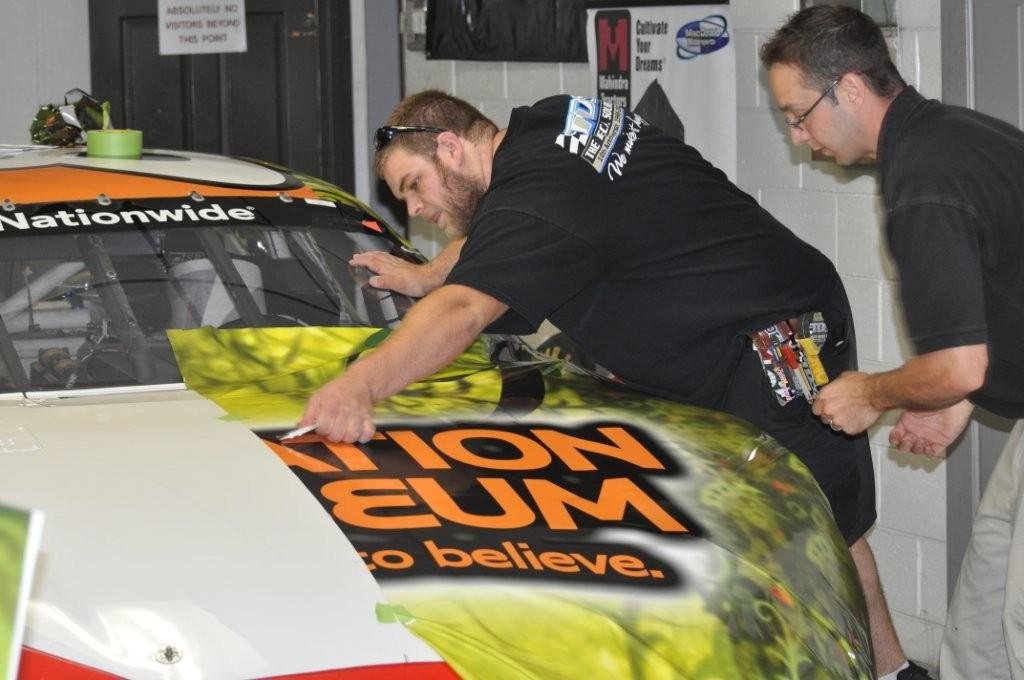 Come back tomorrow to find out about this exciting new venture to advertise the Creation Museum before tens of thousands—and many, many more on national TV!

(Luke 9:30–31) And, behold, there talked with him two men, which were Moses and Elias: Who appeared in glory, and spoke of his decease which he should accomplish at Jerusalem.

What the Lord Jesus Christ accomplished by His death in Jerusalem should make up the content of our thoughts and be the topic of our conversations.