In the heart of London (and just a short walk from Buckingham Palace, Queen Elizabeth’s palace), 700 people turned out Thursday night for the first evening of a 2-part Answers in Genesis conference with Dr. David Menton and me at Westminster Chapel.

Westminster Chapel is famous for its expositional preacher, Dr. Martyn Lloyd-Jones who preached there for 30 years. (The late Dr. Lloyd-Jones is one of my all-time favorite Bible expositors—we sell a collection of his sermons, called Spiritual Depression, in the Dragon Hall bookstore at our Creation Museum).

Here is a photograph of Westminster Chapel: 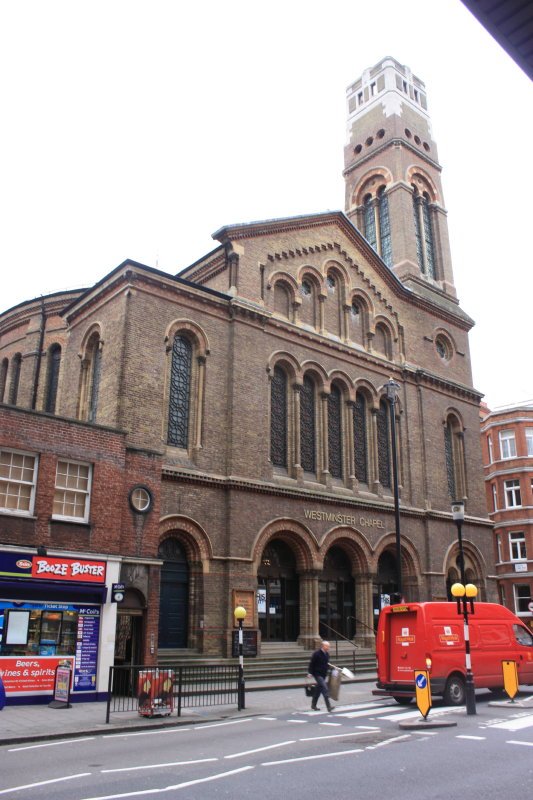 This is a picture of the auditorium before the meeting started–an impressive building: 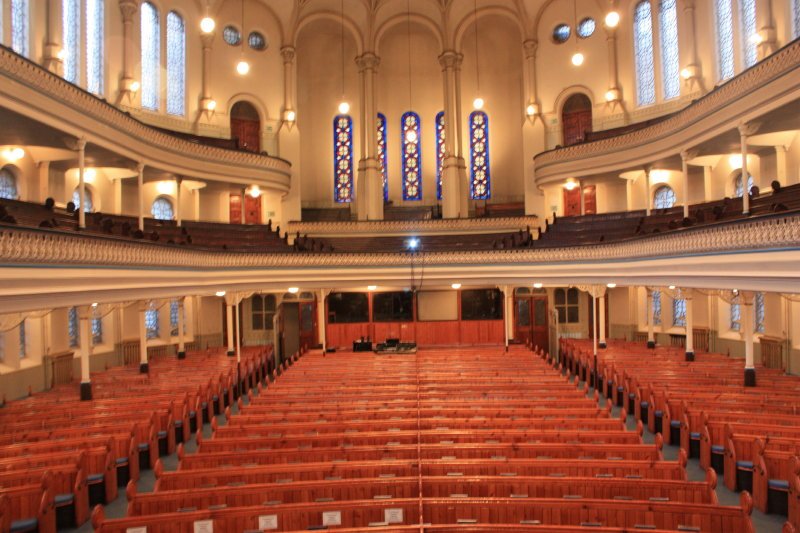 Here are photographs of the auditorium as Dr. Menton began to speak: 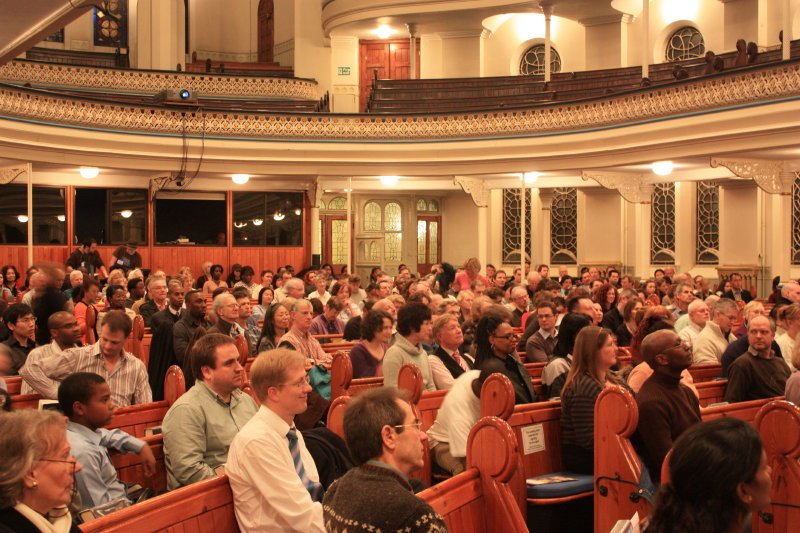 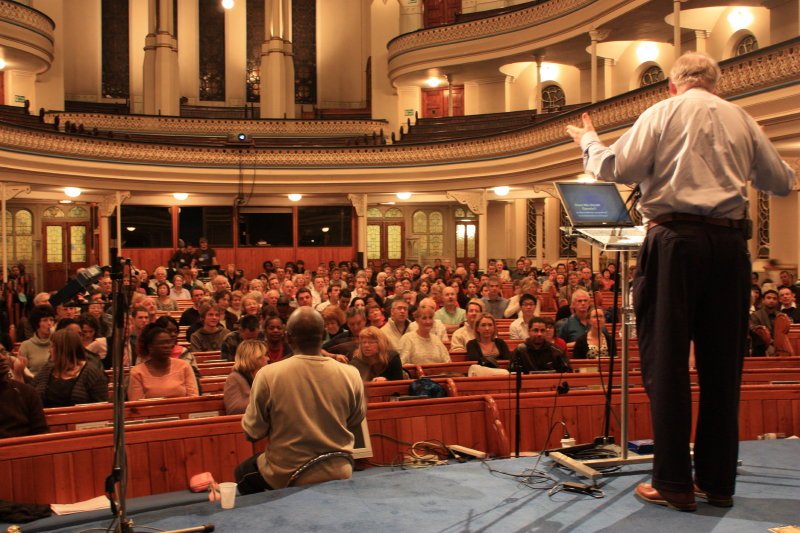 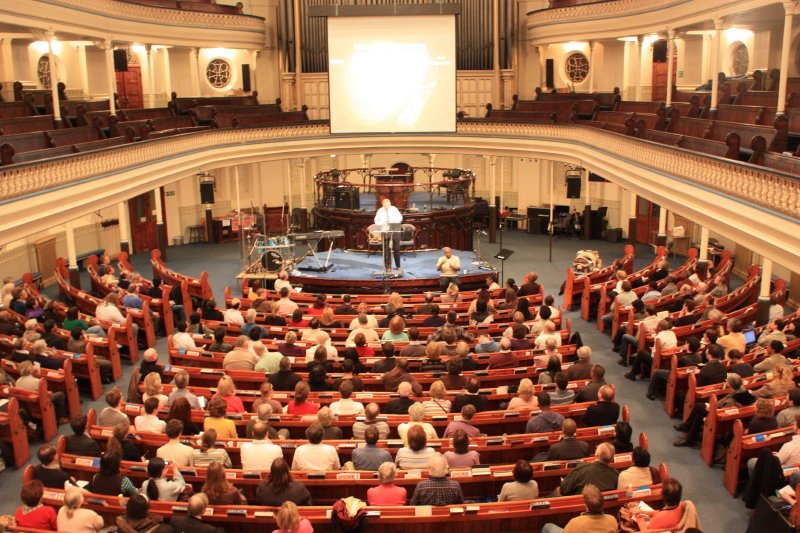 During the break, people crowded into the room containing the resources and “vacuumed up” many books and DVDs off the table. There is such a real hunger in the UK for this Bible-affirming information. Here is just some of the feedback:

I attended the two meetings on Monday and Tuesday. I SO ENJOYED your talks. The presentation was excellent, as was your display of books, CDs and DVDs.

I have been a creationist for a number of years and am thrilled that at last there has been a meeting in Southampton. I pray that the Lord will greatly bless you and your colleagues and that He will protect you, refresh you and encourage you.

There may be dark clouds of recession over us but I believe wonderful spiritual blessing will be brought out of them. Your message and materials will then be in great demand. The darkest hour comes before the dawn.

May God richly bless you and your family.

A Darwin exhibit in London and one in the Cincinnati area

A reminder that our new Creation Museum exhibit on Darwin and natural selection opens Sunday afternoon (March 15). Because it’s Darwin’s 200th birthday this year and also the 150th anniversary of his book on natural selection called On the Origin of Species, this new exhibit will counter the wave of pro-Darwin museum exhibits around the world this year—including the one I visited last Thursday while in London (mentioned above).

Plan your trip to the museum (near Cincinnati) to see our new exhibit plus watch our botanical garden become colorful as Spring comes to northern Kentucky/Cincinnati—at CreationMuseum.org

Part two of the London conference ended Friday evening. Today, Dr. Menton and I will be giving a presentation at Calvary Chapel–London.

By the way, we visited the new Darwin exhibit at London’s famed Natural History Museum on Thursday—I’ll keep that for another blog! I had an interesting encounter with a person who was visiting the exhibit, which I’ll share with you later.

Thanks for dropping by and thanks for praying,
Ken