Well, AiG has been mentioned in many newspaper and other articles this past week—both secular and Christian–because of Darwin’s 200th birthday this week. Dr. Tommy Mitchell was quoted in USA Today:

“We’re not out to bash Darwin, he wasn’t a God-hater out to destroy Christianity,” says Tommy Mitchell of the Creation Museum in Petersburg, Ky., who will speak there on Darwin’s life Thursday. “We would argue his observations hang on a bad starting point. He just never had a biblical worldview and that led him to his conclusions.

The Creation Museum was mentioned a number of times in different articles—for example, our local newspaper the Cincinnati Enquirer, with an article about a local university’s plans to celebrate Darwin’s 200th birthday:

Northern Kentucky University, for example, is hosting a lecture next week by author Barbara Forrest, who was a witness in one of the first court cases involving the teaching of intelligent design in public schools. That controversy has been stoked here by the 2007 opening of the Creation Museum in Northern Kentucky. Events at Miami University include a children's story hour and a new Darwin exhibit on campus. Another event will be this summer’s North American Paleontological Convention on the UC campus. One of the optional excursions will be a trip to the Creation Museum.

Seems like we will have some interesting visitors soon!

This Thursday, February 12, marks the highly anticipated 200th anniversary of Charles Darwin’s birthday. As the world looks back on the life of Darwin and his work, Answers—the award-winning magazine published by Answers in Genesis—has devoted an entire issue to this controversial figure and his work. Articles are written by some of the leading creation scientists of our day.

The Darwin issue is not a hatchet job or rehash of stale arguments regarding Darwin’s beliefs. Instead, this special edition (January-March 2009) showcases the very best thinking of biblical scientists as they examine the 150 years since the publication of Darwin’s On the Origin of Species.

Weighing in are heavyweights like Dr. Marcus Ross, who was featured in the New York Times when he completed his doctorate in paleontology from the University of Rhode Island. Ross summarizes what we actually know about gaps in the fossil record, after 150 years of searching. Others include the president and secretary of the Creation Biology Study Group, who specialize in genetics and botany, respectively.

These authors offer a fresh perspective on the whole creation/evolution debate. It’s not a matter of name-calling, but serious science in an effort to explore and understand our cursed world. Biblical scientists have many of the same yearnings to understand that secular scientists face, and many of them were once avowed evolutionists, even doing research in the Galápagos Islands.

And if you don’t subscribe to this “WOW” magazine, Answers (over 70,000 subscribers in well over 100 countries), consider doing so now through AiG’s website.

Well , the above selections are just a tiny taste of the sorts of articles appearing this past week and the types of mentions AiG gets in various forms. Pray that as a result of such publicity, more people will check out the website and be challenged!

The Creation Museum bookstore (called the Dragon Hall Bookstore) underwent some major work last week. Due to the high museum foot traffic over the past 20 months, the floor took a real beating. So, the bookstore items were temporarily moved into the main hall, the floor was sanded, and a special sealant applied.

You can see the results in the photos below: 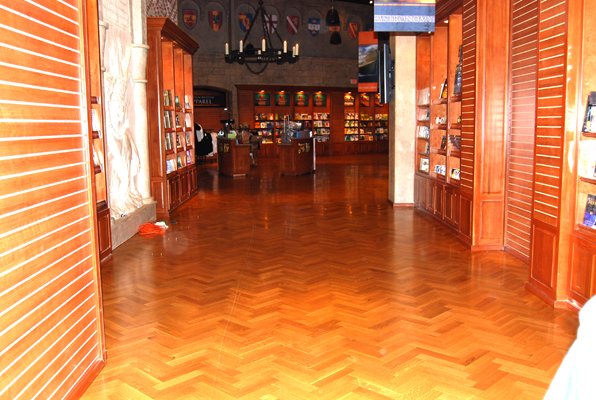 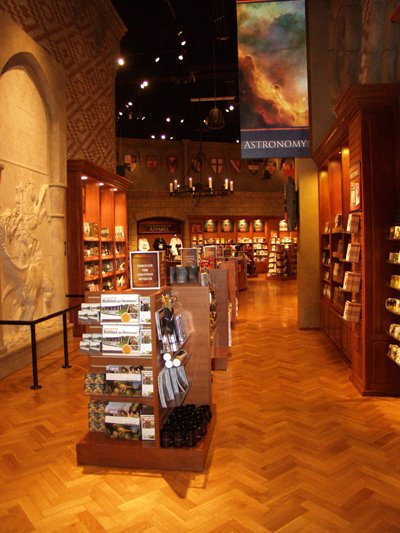 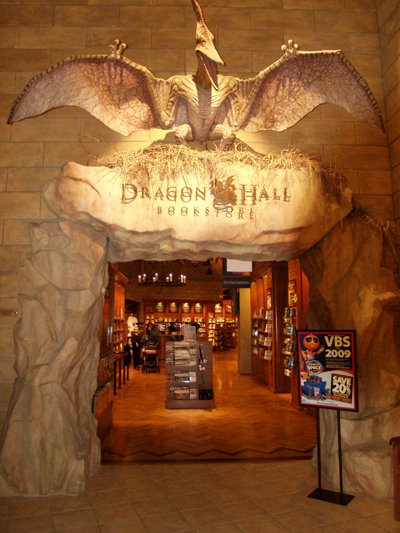 By the way, if you have never been to the Dragon Hall Bookstore, you need to come. It is themed, as are all rooms at the Creation Museum—it’s a dragon/medieval castle theme. Have you seen the new big dragon reading a book? Incredible sculpture.

(2 Chronicles 15:12, 15–16) And they entered into a covenant to seek the LORD God of their fathers with all their heart and with all their soul; And all Judah rejoiced at the oath: for they had sworn with all their heart, and sought him with their whole desire; and he was found of them: and the LORD gave them rest round about. And also concerning Maachah the mother of Asa the king, he removed her from being queen, because she had made an idol in a grove: and Asa cut down her idol, and stamped it, and burnt it at the brook Kidron.

A decision to follow God with the whole heart is serious and should not be entered into lightly, but if taken it brings great peace and joy deep in the soul. Thanks for stopping by and thanks for praying,

Previous Article Whose Birthday Is It? Next Article Creation Museum in Washington, D.C.?