Face-lift for Book on Raising Children

I have included a photograph of the new cover for the book that was previously titled Genesis of a Legacy. This book, authored by my brother Stephen and me, has a new title, Raising Godly Children in an Ungodly World and is now available in soft cover (the previous edition under the old title was hard cover). Our publisher believes the new title and cover will help in getting this book into certain bookstores throughout the world. 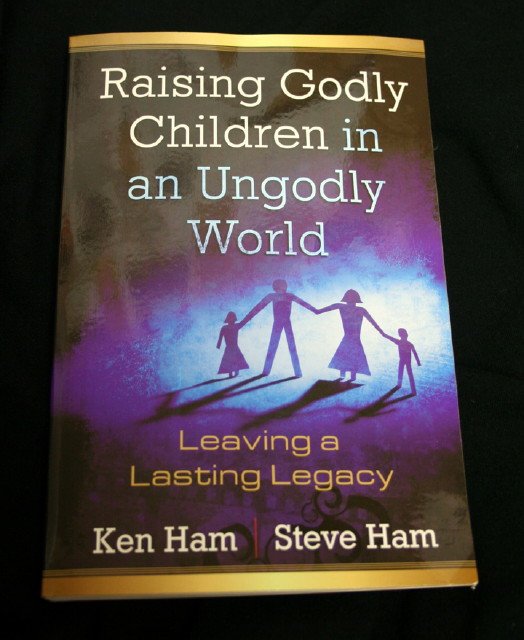 We are excited about the face-lift. We have already received so many testimonies about the effectiveness of this book. AiG also has a popular parenting curriculum that goes along with the book.

Many people often asked me for my testimony, about my family history and so on—this book covers such things as well as laying down biblical principles for parenting and raising godly children. The printing with the new cover and title will be in our warehouse in a couple of weeks. In the meantime, we still have some of the hardcover Genesis of a Legacy available.

Courtesy of AiG and the Florence, Kentucky, Olive Garden restaurant, AiG staff were provided with soup, pasta, and salad for lunch yesterday as part of our “Staff Appreciation Week.”

At the regular staff meeting on Tuesday morning, our Director of Human Resources, Peggy Miller, gave the staff a rundown on various things that would be happening this week to show appreciation to the staff. 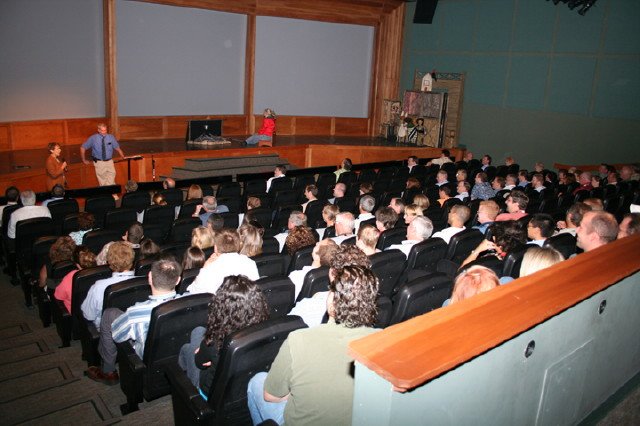 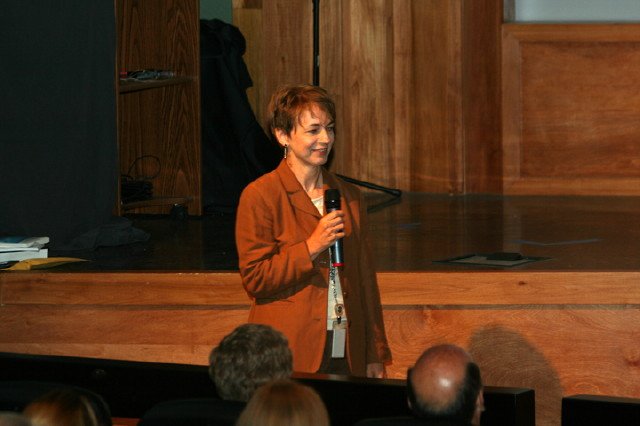 An Olive Garden employee, on his day off, took the time to bring out the food and prepare it for the staff. 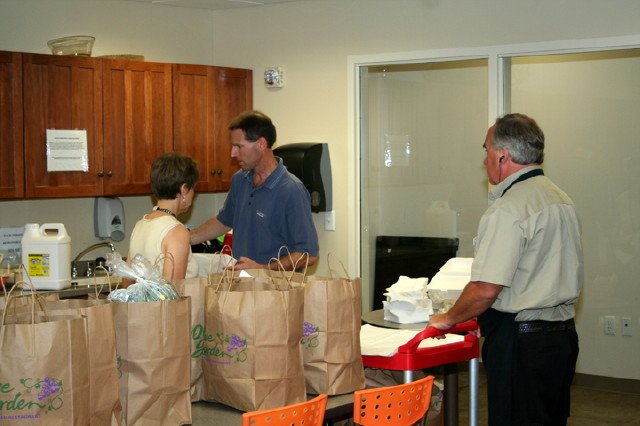 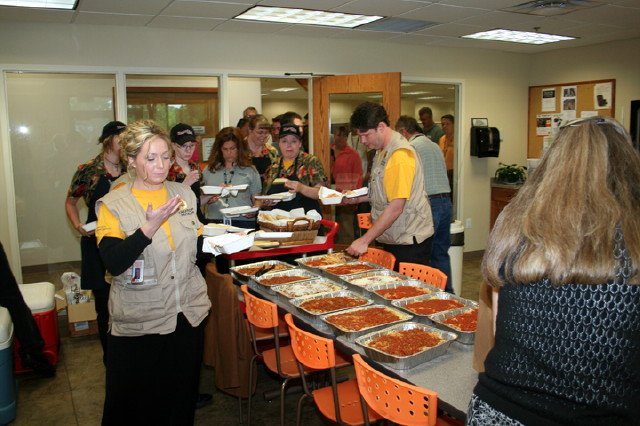 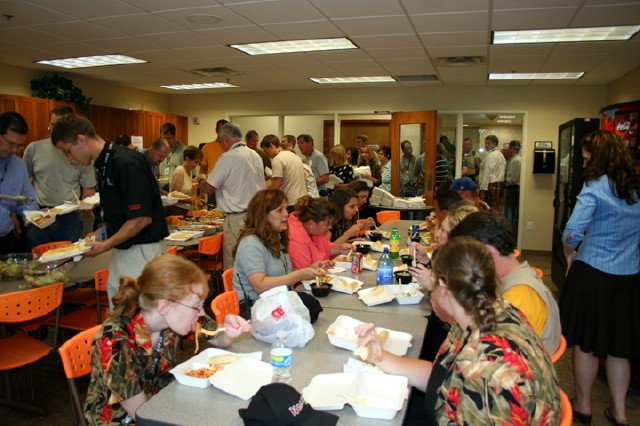 We have other special events planned for the staff this week.

A university professor wrote to us stating:

I have been a university professor for many years; still it was with some trepidation that I accepted the challenge of teaching a Sunday school class when my pastor asked me. Where to begin?

My background and teaching has been in human anatomy and physiology, and I have had an interest in the biblical accounts of origins of life, design vs. evolution, and the like. I wanted to begin my new class with something that I know a little about, but feared I’d soon bore the class unless I could bring immediate relevance to the subjects.

My adult sons and I visited the Creation Museum this summer, and we had the pleasure of hearing Ken Ham speak. I was so excited! I saw that there was a way to teach about science and the Bible and that there was a wealth of material available to help me in this upcoming class. I began today by introducing the importance of Christian apologetics and showed the video Genesis: The Key . . . to enthusiastic approbation. Thanks and God bless you all.

(1 Samuel 14:6) And Jonathan said to the young man that bare his armour, Come, and let us go over unto the garrison of these uncircumcised: it may be that the LORD will work for us: for there is no restraint to the LORD to save by many or by few.

Our resources should never be considered when we know God has called us to do for Him, because God does not calculate success based on our resources. Thanks for stopping by and thanks for praying,