On Thursday, we had the privilege of welcoming the Waggoner family to the Creation Museum. Several months ago, the Dream Factory (something like the “Make-A-Wish Foundation”) of western New York state informed us that one of Daniel Waggoner’s dreams was to visit the Creation Museum. You can imagine how honored we were to help make Daniel’s dream come true.

The Waggoners are from the Syracuse, New York, area and have been supporters of Answers in Genesis (they attended an AiG meeting in Binghamton last year). They had followed the building of the Creation Museum and were very pleased with everything they saw. We presented a gift package to the family and took a FotoFX picture as well.

According to the Dream Factory’s website, they “grant dreams to critically and chronically ill children from the ages of three through eighteen.” Thanks again, Daniel, for coming to the Creation Museum! I have included three photographs taken of Daniel with his family as they visited AiG/the Creation Museum. 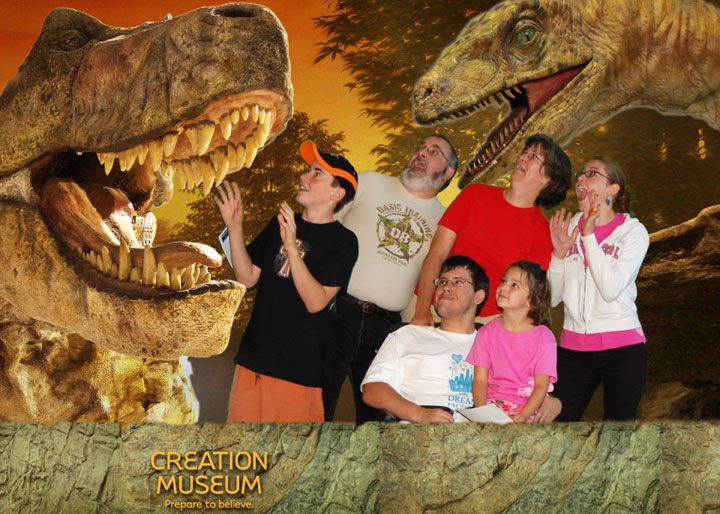 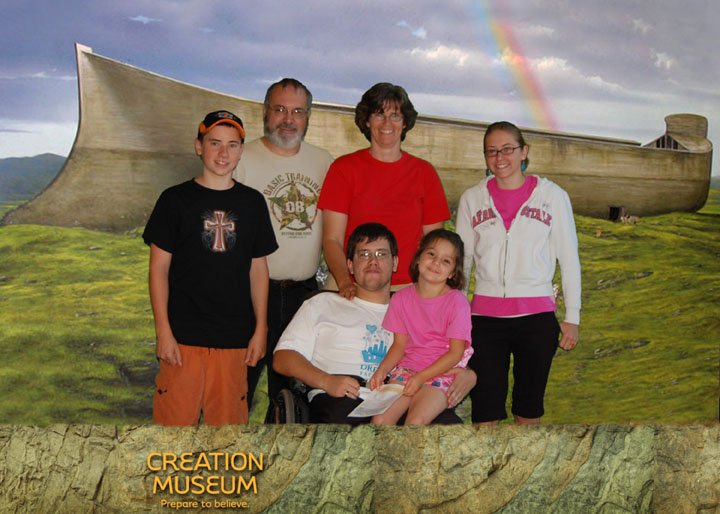 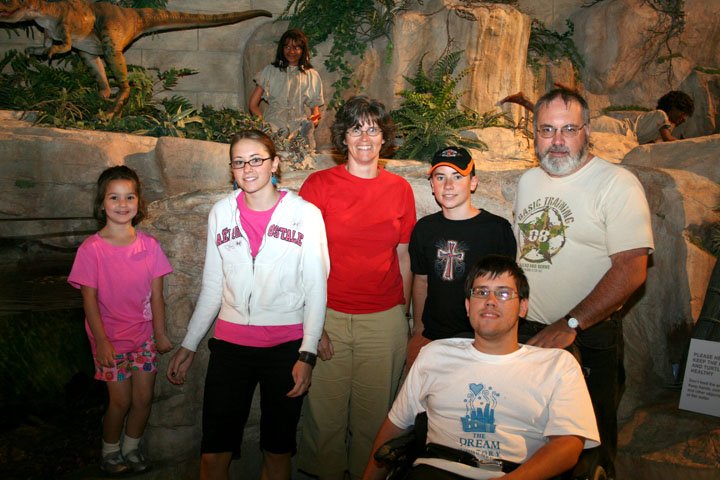 Across the river from AiG and the Creation Museum, there is an international tennis tournament taking place right now through August 3 (in the city of Mason—just north of Cincinnati, Ohio). It includes the two great players in the men’s game today—defending tournament champion Roger Federer and the world’s number two player, Rafael Nadal (they faced each other in an epic match in the Wimbledon finals earlier this month).

Also playing there this weekend is David Wheaton—in the senior doubles section, with Luke Jensen. David was on the regular tour from 1988–2001, during which time he reached the semifinals (or higher) in singles or doubles of every Grand Slam tournament. He once made it to the semifinals of Wimbledon where, he told us, he lost to the great German player Boris Becker. David spent a few hours with us yesterday here at the Creation Museum and before his evening match, and I had a few minutes with him in the morning before I flew to Colorado.

At one time, David rose to a singles world ranking of #12. He also represented America in the Davis Cup competition, and actually won at Wimbledon—the “Over 35 Doubles Championship” with T.J. Middleton in 2004.

While he is still playing tennis at a relatively high level, David’s new passion is speaking and writing on the Christian worldview and biblical apologetics. He hosts a syndicated radio program (heard on over 40 stations) originating from the studios of our friends at KKMS radio out of Minnesota—see his website—and he is the author of University of Destruction (on why so many young people lose their faith in secular college. This book helps Christian young people who are in transition to university); the book has the strong backing of national radio host Sean Hannity, well-known pastor John MacArthur, and others. At the museum, David interviewed AiG geologist Dr. Andrew Snelling, AiG biologist Dr. David Menton, and CCO Mark Looy. (David is pictured with Mark in the photo taken by our FotoFX staff inside the museum.) The interviews will be aired on his program The Christian Worldview in a few weeks. 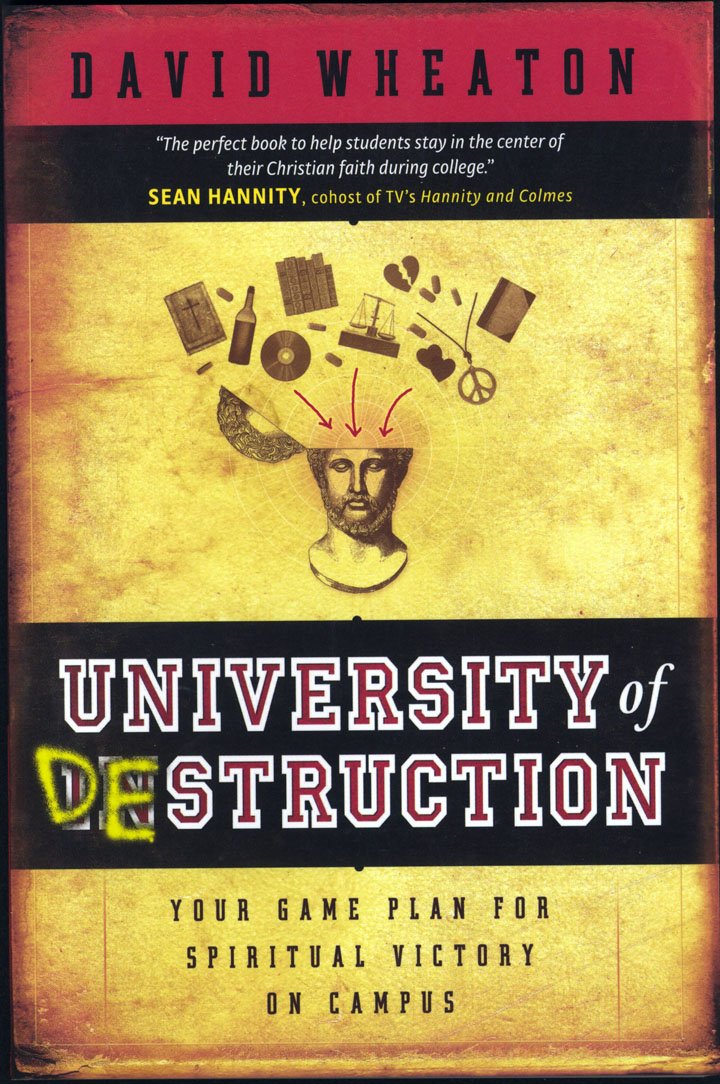 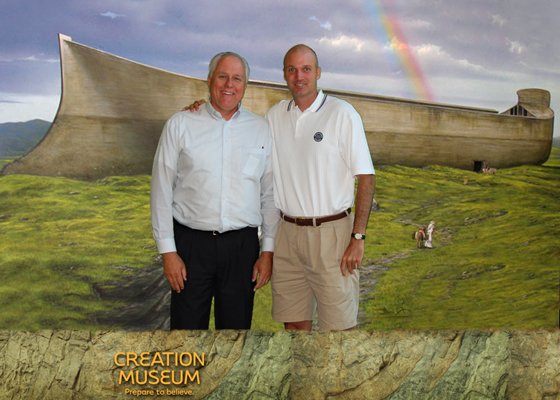 Find out more about this multi-talented Creation Museum booster at his website.

If you live within driving distance of Cincinnati, think about coming to this excellent tennis tournament (it’s called the Western and Southern Financial Group Masters Open) and see the world’s greatest players competing, and then also tour our museum (we’re open Sunday afternoons as well as Saturday). Tournament information can be found online. Even though he is playing in a “seniors” doubles event, David is not yet even forty—but he told us that very few tennis players maintain their highest standing after 30 and so they often play in what are “Legends” or “Seniors” tournaments, even though many of the players are still in their 30s!

(Joshua 8:33) “And all Israel, and their elders, and officers, and their judges, stood on this side the ark and on that side before the priests the Levites, which bare the ark of the covenant of the LORD, as well the stranger, as he that was born among them; half of them over against mount Gerizim, and half of them over against mount Ebal; as Moses the servant of the LORD had commanded before, that they should bless the people of Israel.”

God has always commanded His people to evangelize the lost with the good news that God has made a way to Heaven, their fruit are the strangers who are saved.

Previous Article 500 “Gideon Kids” at the Creation Museum Next Article A Dragon Bookworm?