Sometime ago we heard of a book that had been produced called Weird Kentucky by Jeffrey Scott Holland. 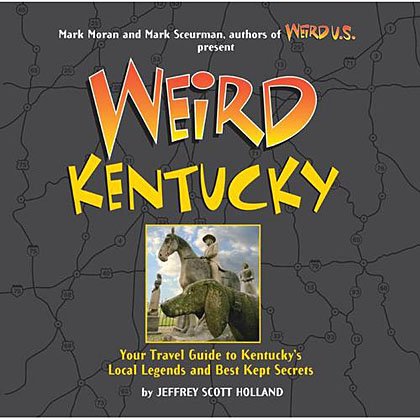 Recently a staff member saw the book in a store and purchased it. One can see the sort of book it is just by looking at the contents page: And yes—you guessed it—the Creation Museum features in this publication. Of course, if the inaccuracies/misrepresentations on the one page about the Creation Museum are representative of the obvious poor and inaccurate research conducted for this item—then that doesn’t say much for the rest of the book.

For instance, this author states about the Creation Museum:

Well, there are many more things I could say about the misrepresentations on this page. We are used to writers scoffing at the Creation Museum—but I wish they could get their facts right and try to be reasonably accurate! This is a scan of the page about the Creation Museum—you should be able to read this and find a number of other gross errors and an obvious anti-Christian agenda. Regardless—it is all still advertising! We have met a number of people who have come to the Creation Museum out of sheer curiosity because of hearing things like this—and we praise the Lord that they come! At least they will hear the gospel clearly presented. 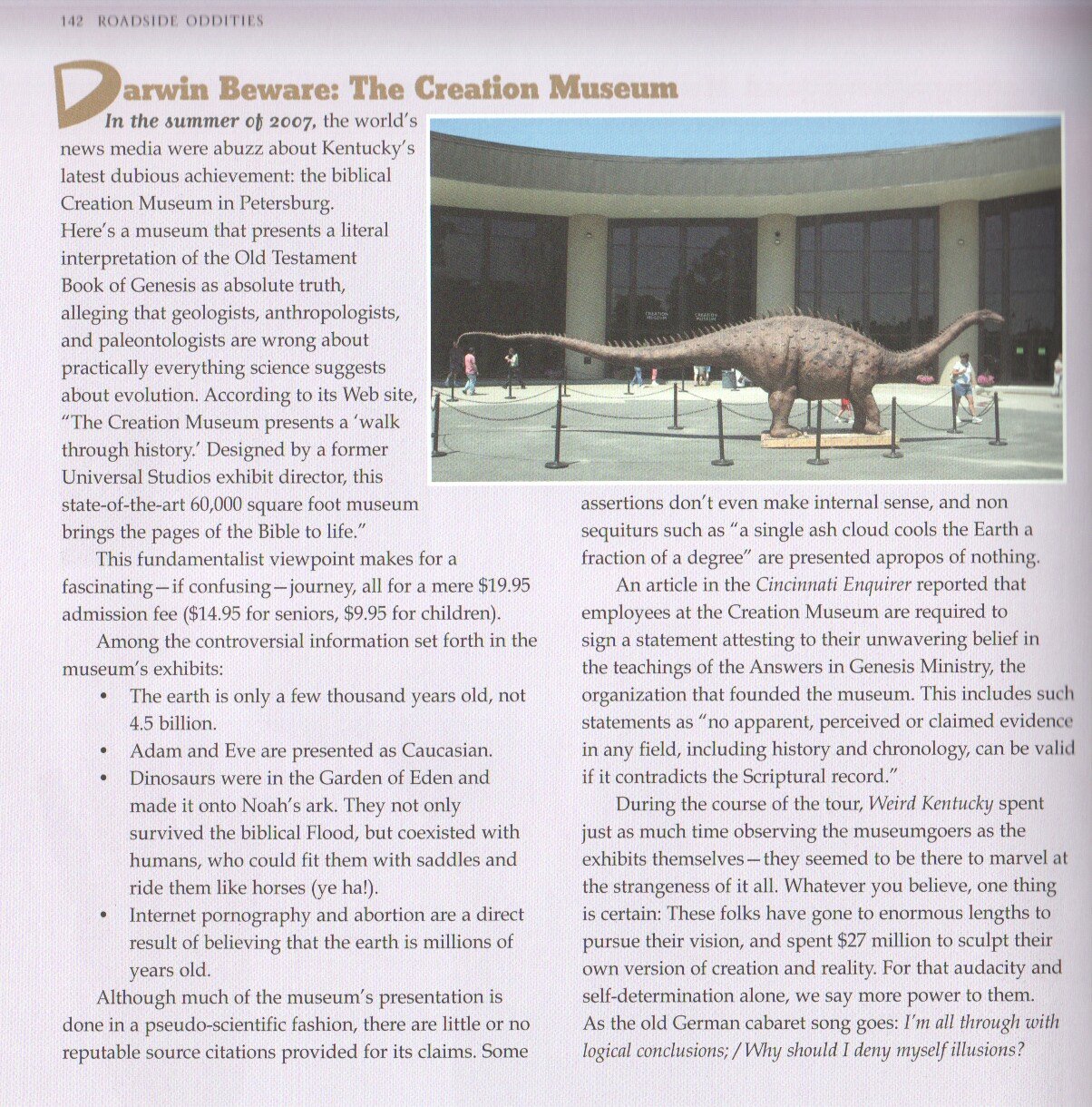 On a recent blog, I included a photograph of myself and a young girl Mary who visited the Creation Museum with her parents. Well, her parents saw her picture on my blog and sent me this email:

Mary was so excited to see her picture with you on your site. We have the original picture in her homeschool area, so it was thrilling to her to see it on the computer too. As a matter of fact, she may become your next lecturer. [Her mother] and I have observed her playtime lately being somewhat different than it was prior to visiting the museum. She stands in front of her baby dolls talking to them about dinosaurs and how God created them on the sixth day. She waves her arms like she’s pointing to something on the “screen” behind her. It’s a riot to watch. Thanks again. We’re all praying for your ministry and can’t wait to be there again.

It is great to see this younger generation growing up on AiG resources!!