Debate at the Museum

It was great to see so many friends here this past Friday—the first day of our celebrations for the one-year anniversary of the Creation Museum. For example, it was good to meet up again with Dr. Dan Anderson, president of Appalachian Bible College in Bradley, West Virginia, and his wife Rosalie—they brought a busload of his professors and administrators (and their spouses) on a tour of the museum. I think it was about 50 people in all as I looked at so many blue shirts. That’s about ten hours of driving back and forth between the campus and our museum. I spoke at ABC back in November, and a few times over the years. One of my daughters took a year of Bible at this fine school. See www.abc.edu. It is one of the few Bible colleges in the world that takes such an ardent stand on a literal Genesis, and we highly commend such a college.

I’m always encouraged though, to know that there are Bible colleges like this (as few as they are) who take a stand on a literal Genesis.

At the same time, we had some skeptics visit the museum on Friday. A man and woman from northern Germany engaged Mark Looy in a (friendly) semi-debate in the museum’s main hall. She offered some criticisms of the museum. First, she said the museum was “slanted” in favor of one view. Mark remarked that if she would visit virtually any natural history museum in the world, she would only get an evolutionary viewpoint—with no mention of creation or intelligent design. At the same time, Mark asked the lady—who is a visiting professor at a major U.S. university—if she noticed that our museum presents the alleged evidence for evolution and is not afraid of presenting it, although we refute it.

Second, she said that the museum was just full of “images.” Mark responded that if you go to the Smithsonian Institution in Washington DC and its natural history museum, you’ll find all sorts of artistic images about life – and that’s not surprising, because we are trying to recreate an unobservable past. For example, Smithsonian scientists will take a few bones and make a whole drawing or 3D model out of it.

Mark indicated to the couple that he was once an evolutionist himself, and so he understands and sympathizes where they are coming from. He shared with them that a talk on paleontology by Dr. Duane Gish of ICR back in early ’70s really opened his eyes to the problems with the evolutionary interpretation of the fossil record.

Please pray that the visit they had here and their conversation with Mark might open their eyes to the truth of God’s Word.

Volume 2 of the best-selling creation book in the world right now, The New Answers Book 2, has arrived at AiG. 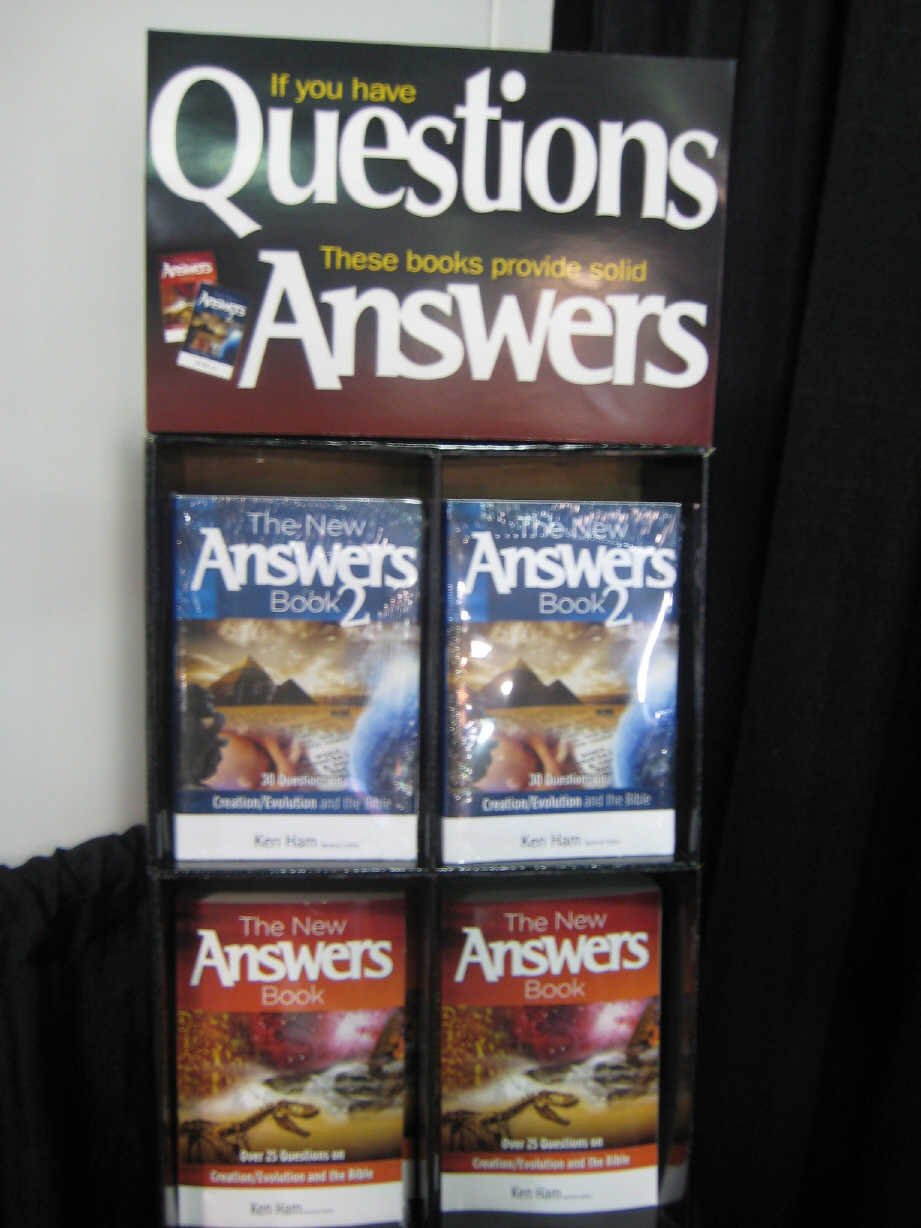 It will be available this week and I will give you a summary of this much-needed follow-up book as soon as it can be purchased from the Answers Bookstore.

The Creation Museum anniversary celebrations continue this week. I continue to praise God for the response from people as they come to the Museum. As a couple of different pastors said this week, “this cutting edge ministry for this era of history could change the world.” Well I certainly believe the biblical creation ministry is akin to the reformation ministry of Luther—calling church and culture back to the authority of the Word of God.

This is Memorial Day holiday in the USA—to remember the servicemen and servicewomen, those who have given their lives, and those today who are prepared to lay down their lives, to protect this country. Mark Looy and I have written a lead article for the AiG website for this special day, and I encourage you to read it.

Even though it is a holiday in the USA, I will be at the Creation Museum all day meeting people.