The brother of AiG’s CCO Mark Looy—Tom Looy—flew in from California for a weekend visit to the Creation Museum, along with children Andrew (13) and Chelsea (9), while mom Susan remained back at home. Because I was in Pennsylvania over the weekend, I could not meet them; so, instead, the children had to pose with a life-sized cut-out of me. 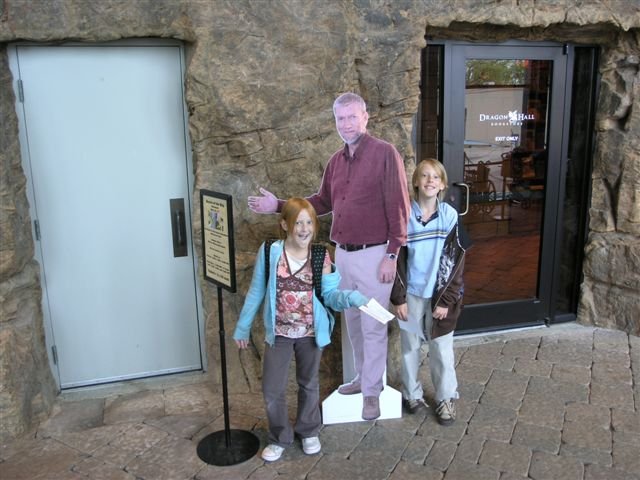 Cut-outs of our various speakers are seen throughout the museum, as each one promotes something—with an accompanying sign—of special activities inside the museum. In the second photo, Uncle Mark stands with them in the museum’s main hall. (Mark is the one on the left—the one with very little hair!) 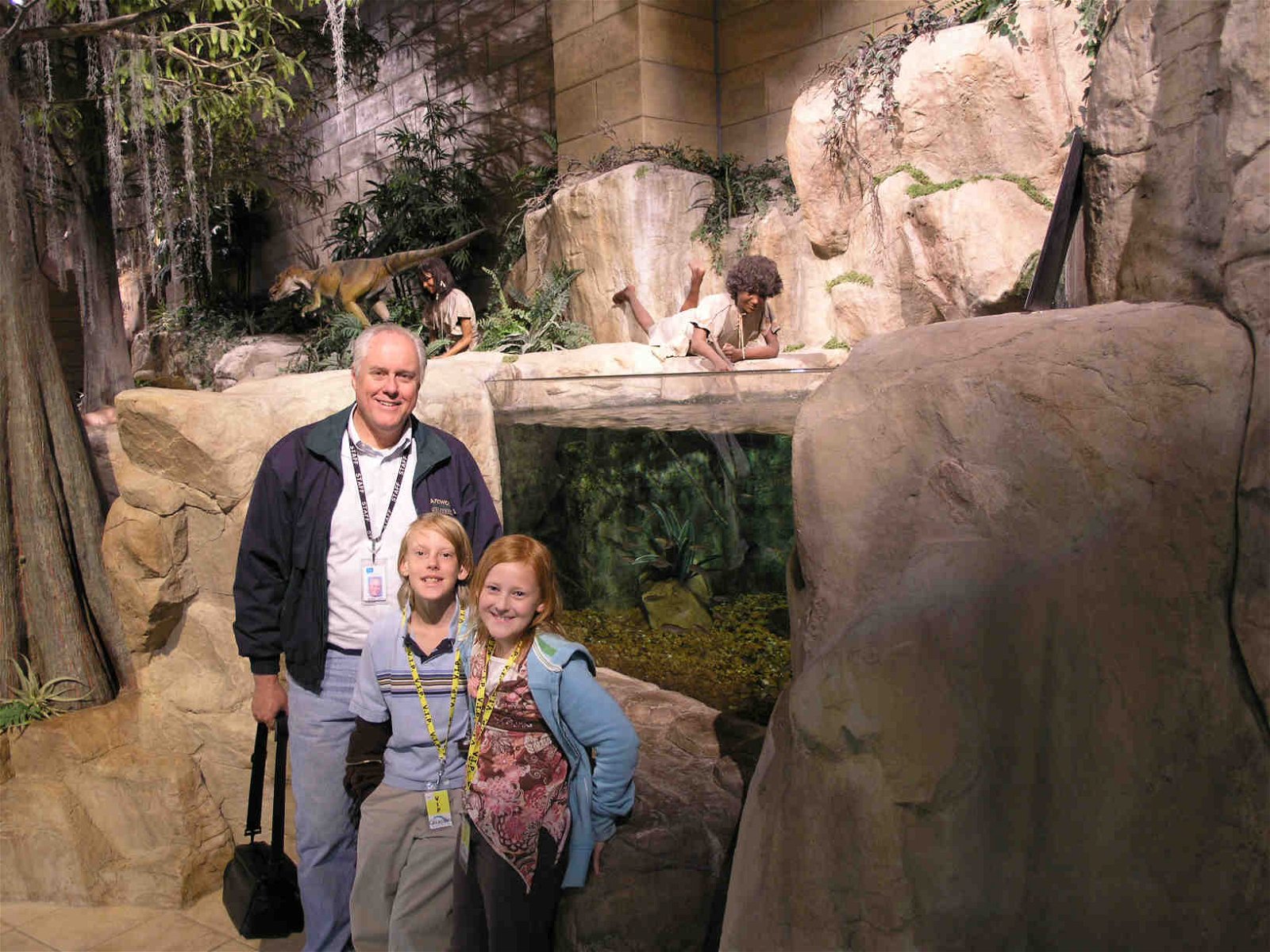 Chelsea called the museum “totally awesome-licious” (that's a new word, I think!), and Andrew loved the planetarium program (The Created Cosmos) in particular, calling it “mindboggling.”

NEW ARRIVALS AT THE CREATION MUSEUM

1. Patrick Marsh (the Creation Museum’s head exhibit design/director) feeding one of the Llamas. 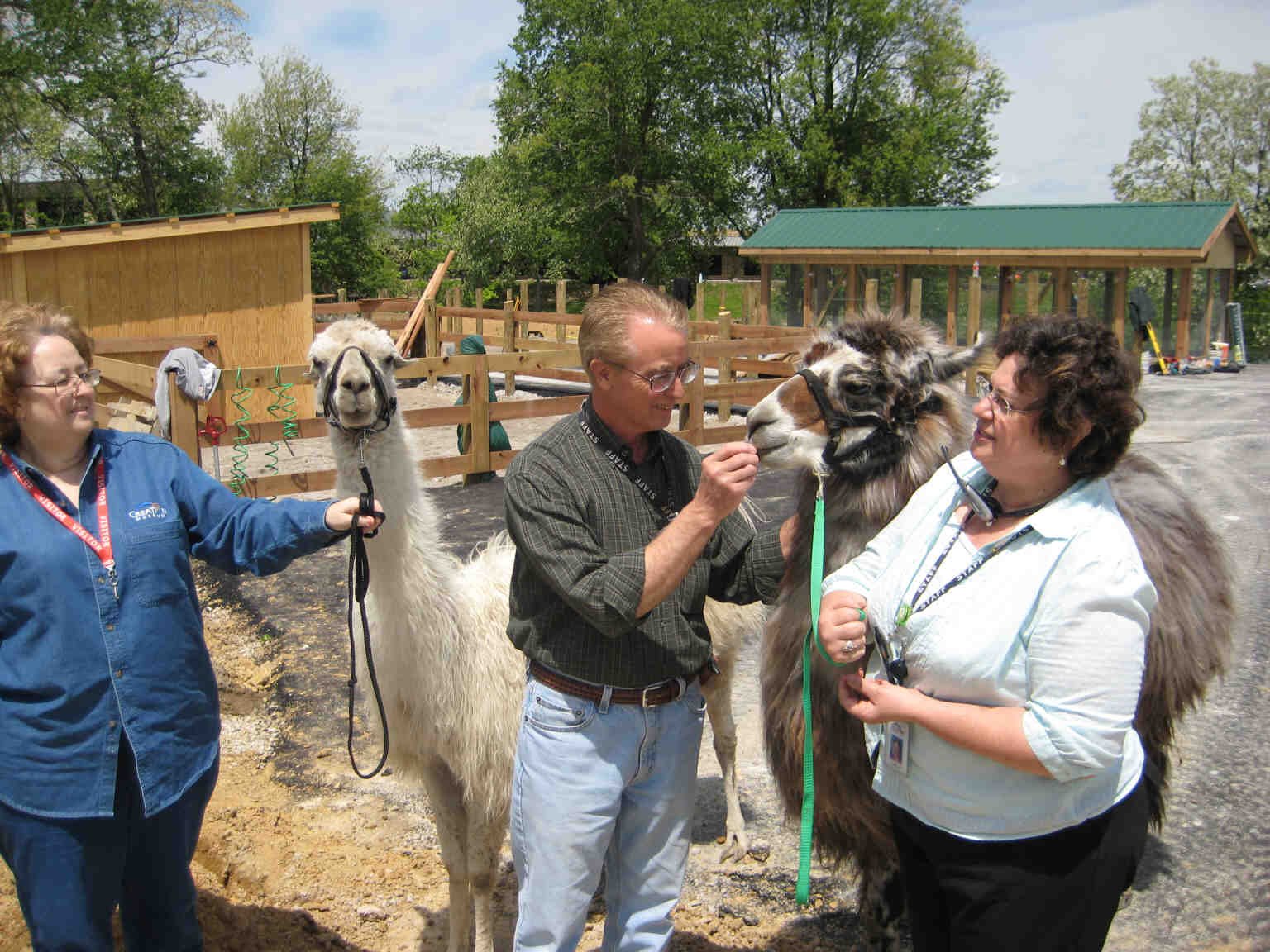 2. The turkeys getting used to their new home. 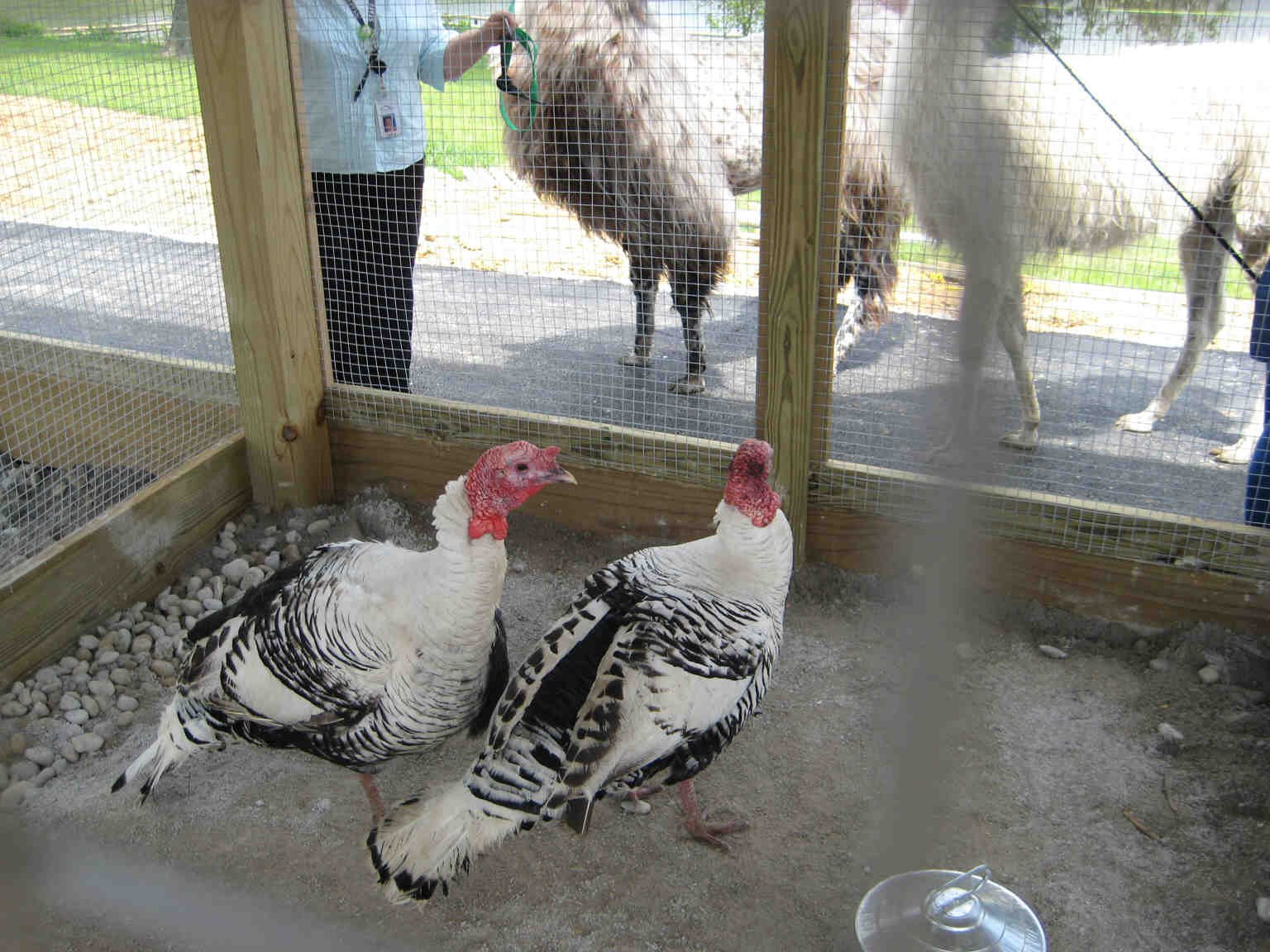 3. The ticket office at the entrance to the Petting Zoo (constructed by volunteers) 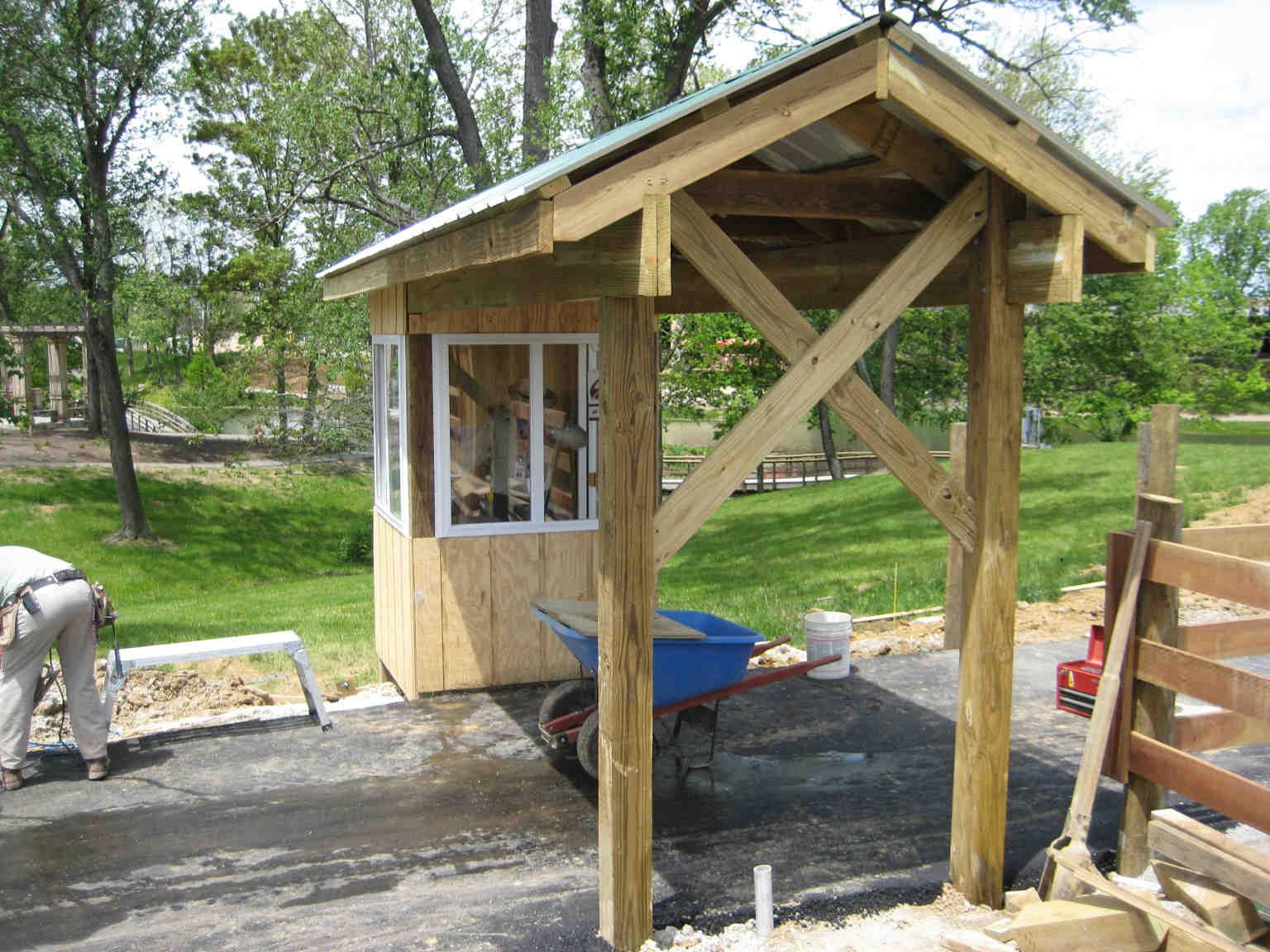 After speaking at the morning service at Bible Baptist Church in Shiremanstown, Pennsylvania, last Sunday, the pastor asked me to stay on the stage, and he invited his elder council up to join him. He then told the congregation that as a church, they stood where AiG stands on Genesis—and he also said they were going to do better as a church at teaching the important message AiG brings. He then asked his elders to gather around me as they prayed for AiG and for the Lord to put a hedge of protection around the ministry. I have included a photograph of the pastor and elders as they prayed for me and AiG. 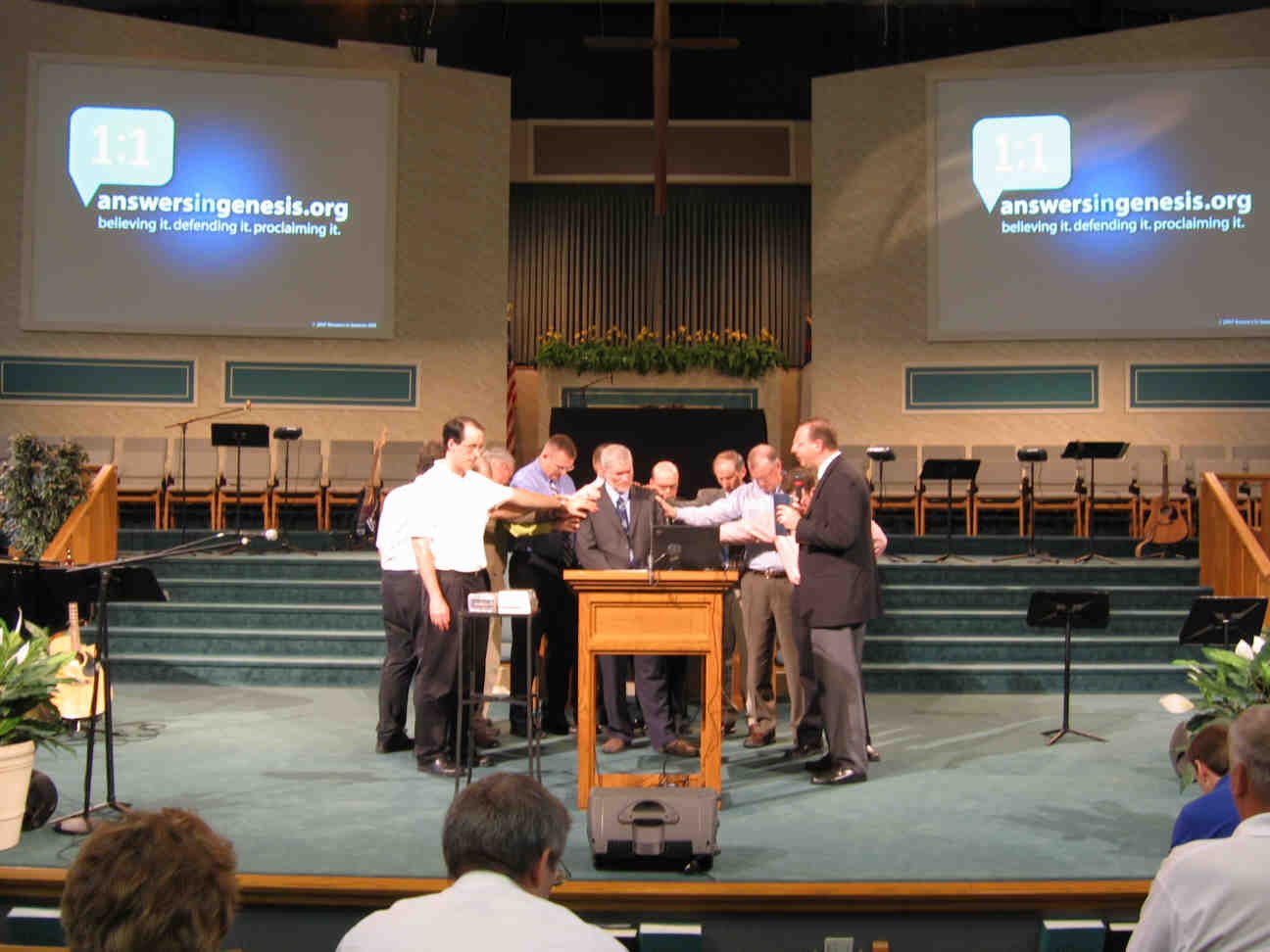 I wanted you all to hear what the pastor said to his church about AiG, so I have included a short audio file, and I encourage you to listen here.

Join us for the gala events! Come celebrate with us as we thank our Creator for a truly blessed first year of operation of Answers in Genesis’ Creation Museum. We have fun and festivities planned for every day!

Friday, May 23, will begin with the grand opening of our Petting Zoo at noon, with a release of birds, butterflies, balloons, and bubbles. We will have a members’ only lunch with Ken Ham and some of the AiG speakers, tethered hot air balloon rides, the premiere of Let the Rain Come, our new live theater event for children of all ages, and the grand finale of Rozzi’s famous fireworks at dusk!

The festivities continue on Saturday and throughout the next week. Special barbeque dinners will be available as well as lively fare from Noah’s Café, the new lakeside café and new eating area on our lower level. The live drama continues daily except Sundays, and weekdays we will continue our Members Lunches with various AiG Speakers (presented by the food company called JTM), Amazing Animals workshops with Dr. David Menton, and our Speaker Series at 1:00 p.m. with Carl Kerby and Mike Riddle.

Then Friday, May 30, we will be offering the next Stargazer Night at the Museum with Dr. Jason Lisle, Astrophysicist, where you can view open star clusters, globular star clusters, nebulae (including the Ring Nebula), and double stars, through our three telescopes—the new telescope is a Newtonian style, a great addition to our other two, which are Schmidt-Cassegrains. This means that planets, especially Saturn and its rings, will look especially clear in the new scope.

Check our website, www.creationmuseum.org for details on event times and cost, and all the other fun and festivities we will be presenting!