I Fuss When I Hear Millions of Years

When I am in the office, I often speak to visitors to the Creation Museum in a special speaking event in our Special Effects Theatre. I then do book signings in the bookstore. Sometimes people like to get their photographs taken with me. A second grader sent me a copy of the photograph taken of me with him during his recent visit to the Museum (see photograph). He also enclosed a cute note that I thought you would all enjoy—and be reminded how this ministry is reaching children. I have had many parents tell me that as their children grow up with AiG resources, they see how strong their faith is, even as little children! 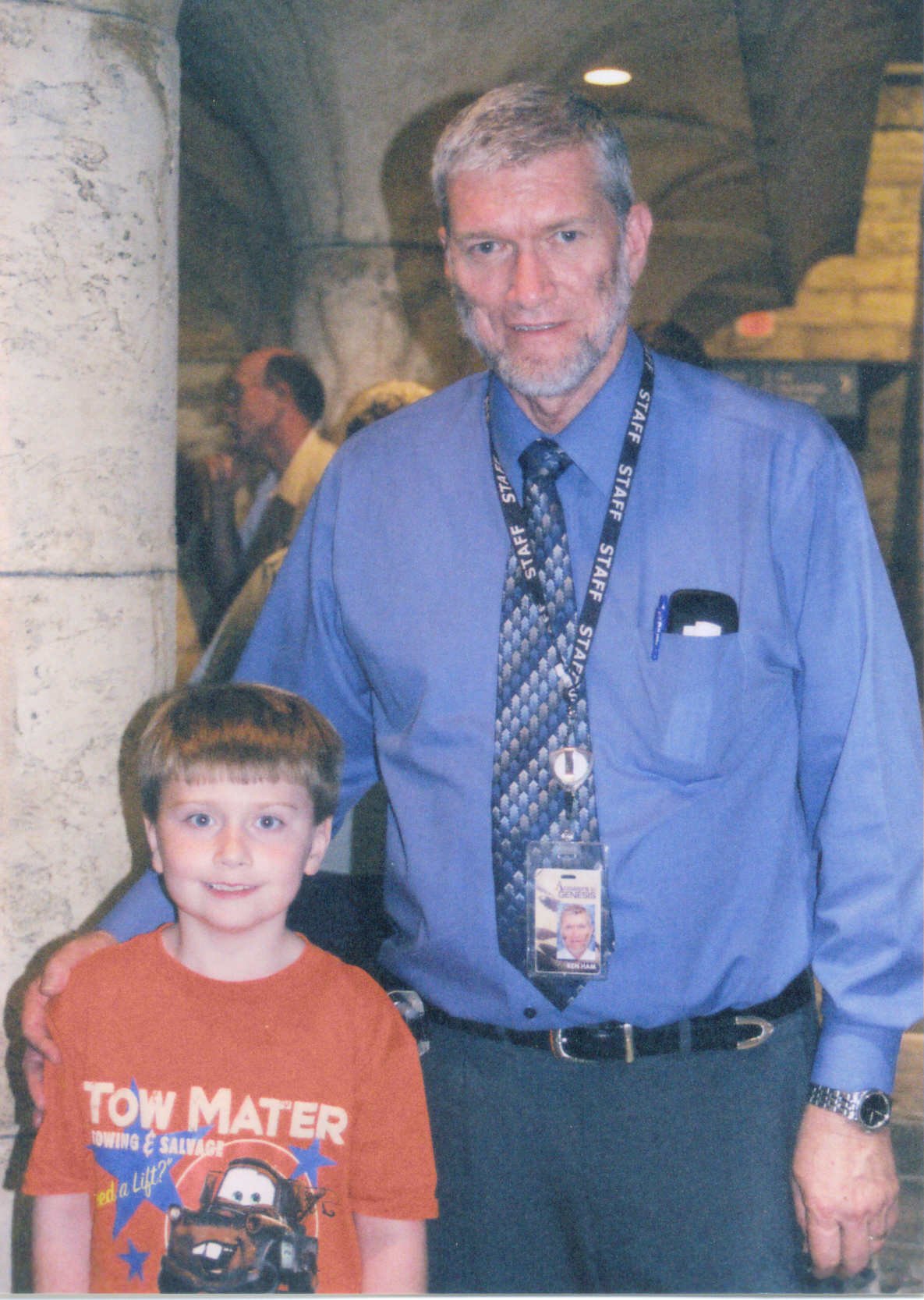 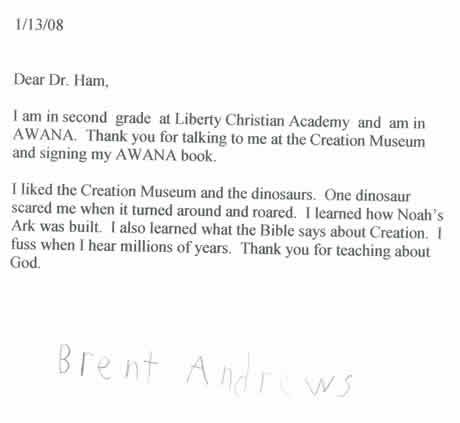 The sad thing is that atheists like Richard Dawkins claim that Christians are really abusing their children by teaching them the Word of God!! But as I often say, it is those who are teaching young children they are just evolved animals who are the real abusers!

Last night (Saturday) I gave the first presentation in a series for an AiG conference featuring Carl Kerby and me at Marantha Chapel in the San Diego suburb of Rancho Bernardo.

I found out that the meeting received mention in the major San Diego Union-Tribune newspaper. Many of you will remember me mentioning on a couple of occasions that there was an evolutionary evangelist (Michael Dowd—and his wife) traveling across America preaching evolution in churches. Well he happened to be in San Diego speaking at the same time. Here is how the Union-Tribune portrayed it (by the way with photographs of each of us):

The Bible says God's creation took six days. The debate over creationism vs. evolution is taking an eternity. The two sides take center stage in separate venues here this month. At Maranatha Chapel in Rancho Bernardo, creationist Ken Ham will be the featured speaker today through Monday. Times: 6 p.m. today, 10 a.m. and 6 p.m. tomorrow and 7 p.m. Monday. Maranatha Chapel is at 10752 Coastwood Road; …

Meanwhile, a husband-and-wife team that promotes the compatibility of evolution and religion will be at several Unitarian Universalist congregations this month (details: uusandiego.org/whatsnew_frames.html). The Rev. Michael Dowd, author of “Thank God for Evolution,” and his wife, science writer Connie Barlow, will kick off their visit with a free evolution revival at 7 p.m. Feb. 15 at First Unitarian Universalist Church, 4190 Front St., Hillcrest.

I had a recent blog reporting that Michael Dowd had visited the Creation Museum.

Well I don’t know how many turned out to hear Michael Dowd attack biblical authority (as in essence that is what he is doing), but Marantha Chapel pastors were thrilled that for their Saturday evening service, twice the normal number (1500 or so) turned out to hear me present on the relevance of Genesis. Today, Sunday, I will be speaking to around 5,000 in the two morning services at Maranatha Chapel—then evening sessions with Carl Kerby tonight and tomorrow evening. We will also be speaking to all the students (and some homeschoolers) in their Christian school.