While Mally and I are in Australia visiting relatives over Christmas, a few churches who have personal contacts with our family asked me personally to speak while we are in the country.

I also will be speaking in the town of Dalby on December 8 at night at the Church of Christ and December 9 in the morning at Dalby Baptist Church. I will post further details on these meetings when I receive them. Dalby Baptist church is the church Mally and I attended when we went to Dalby 33 years ago and took up my first teaching position at Dalby High School. Our first son was born in Dalby. It was while I was in Dalby that I put my first creation talk together and began buying creation books from around the world. So, this town has a special place in our lives. The friends we made while living in Dalby have always remained very special to us.

A Fox news report states that:

“A British woman who had an abortion 10 years ago and was later sterilized did so because she believes pregnancy is bad for the environment, the London Daily Mail reported Sunday. Toni Vernelli, 35, hopes her actions would ensure her carbon footprint would be kept to a minimum, the Mail reported. The environmental advocate also sees having children as an egotistical act. ‘Having children is selfish. It’s all about maintaining your genetic line at the expense of the planet,’ Vernelli told the Mail, adding she believes bringing new life into the world only adds to the problem.”

Well—this won't save the planet, but it will result in family lines of such people becoming extinct!!

You can read the entire story at:

Recently I went to a Bengals football game with my son Jeremy and AiG’s Mark Looy and his son. It was cold and wet—but an exciting game. Mark took a photo (attached) on his cell phone as we sat in the cold and the rain! 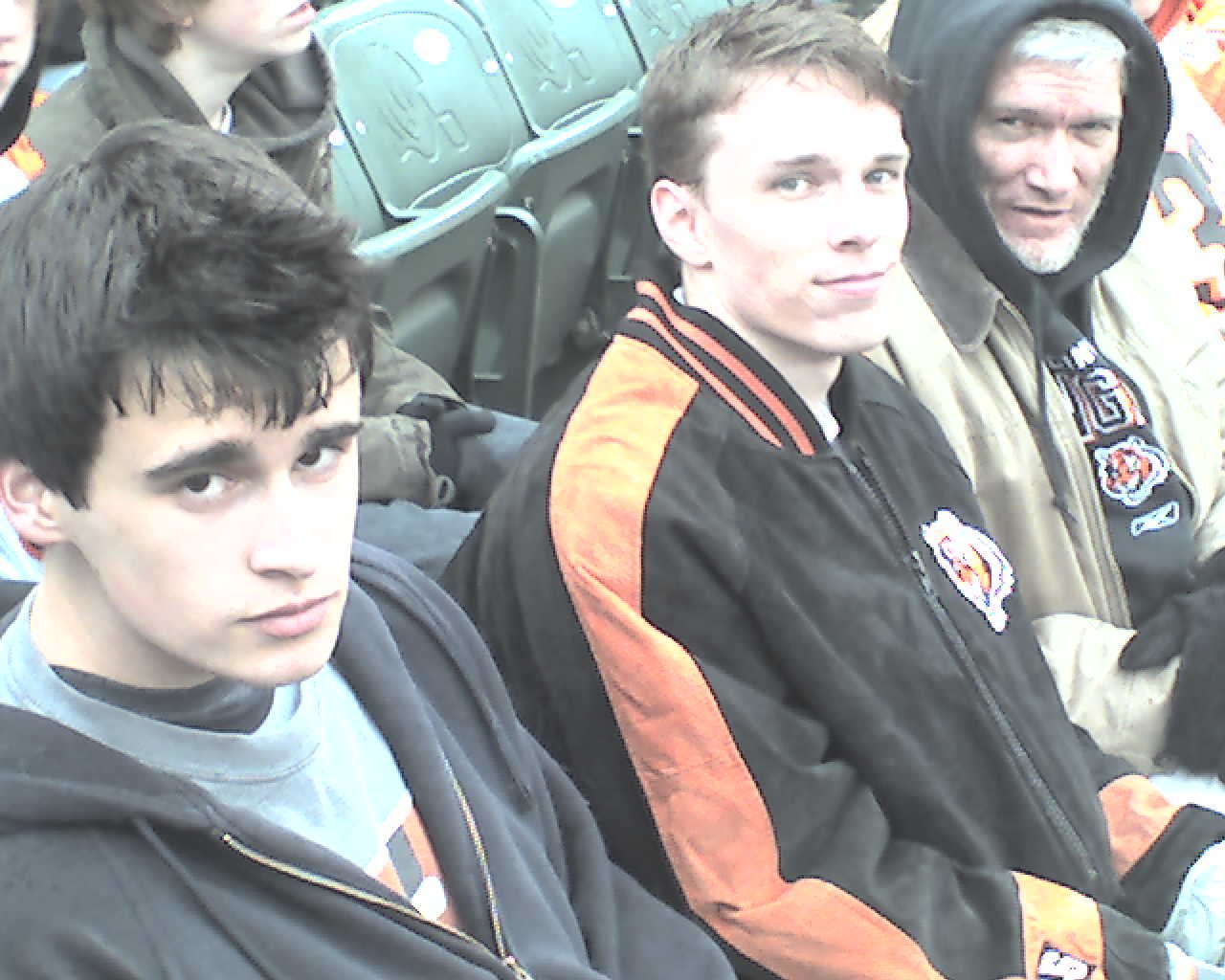 Previous Article Is “Belief in a Young Earth the Only Way to Salvation”? Next Article Creation Museum Promoted in Moldova