Who Needs to Read the Book?

Master Books is publishing a new book entitled Darwin’s Plantation: Evolution’s Racist Roots, co-authored by me and Dr. Charles Ware. This book will totally replace the previous One Blood book, which has run its course after many years. The section in Darwin’s Plantation that I wrote is totally updated from what was in One Blood. Dr. Ware adds a whole new section to the race issue. The book is already advertised on Amazon (though it won’t be available until mid-November, you can preview it on the AiG website). On the Amazon.com website we read:

Join Answers in Genesis president Ken Ham and president of Crossroads Bible College Dr Charles Ware as they examine the racist historical roots of evolutionary thought and what the Bible has to say about this disturbing issue. This fascinating book gives a thorough history of the effect of evolution on the history of the United States, including slavery and the civil rights movement, and goes beyond to show the global harvest of death and tragedy which stems from Darwin's controversial theories. You will also learn what the Christian's view of racism should be and what the Bible has to say about it in a compassionate and uniquely compelling perspective.

Dr Charles Ware is president of Crossroads Bible College in Indianapolis, and the author of several books. He is a brilliant and passionate speaker. He lives in Indiana. Ken Ham is founder and director of Answers in Genesis, the world's largest creation ministry. The ministry's new Creation Museum will open in 2007. Ken lectures around the world and is the author of many books. He and his wife, Mally, make their home in Kentucky. “

Interestingly, someone has already put up a customer review—when the book is not even available yet!! This person states:

“The Creationist industry puts out a lot of material in support of their corporate objectives. Joining “The Lie”, and the semi-ironically titled “Why won't they listen” (it's because you’re lying and you know it, Ken) is this latest screed, “Darwin’s Plantation”. Those who have read “One Blood: The Biblical Answer to Racism” (also by Ham) need not bother with this latest tome—it merely rehashes Ham’s one-note polemic and serves it rewarmed.”

Well I hope evolutionary scientists do better research than this person.

You can read about this item at:

“I would like to make it clear that I am not here to denigrate anyone’s religious beliefs,” Jason Wiles of McGill’s Evolution Education Research Center explained in the opening statements of his lecture “The Creation Museum: 30 Million Dollars of Anti-Science and Mis-Education” on October 19. Next to me, a baby started crying.

Over the next hour, Dr. Wiles–who had recently returned from an investigative trip to the museum–led us through a virtual tour, introducing us to the imposing institution and its staff. It was a laugh a minute, and it saved us the $19.95 admission fee that funds the multi-million dollar misinformation machine. I was weeping inside, but unlike the baby next to me, I contained my tears.”

Currently the second-largest student newspaper in Canada and the most widely read, The Daily has a weekly circulation of 28,000 together with its francophone sister publication, Le Délit. The Daily began as a broadsheet that focused mainly on sports news. Its evolution has taken many directions. It has taken courageous stands over the years, such as publishing a special issue for International Women’s Day in the late 1970s, that were ridiculed at the time but later embraced by the mainstream media.

The Daily has been independent from student government since 1980. It is published by the Daily Publications Society, an autonomous body whose membership includes all McGill undergraduate students. NEWS FROM SAIPAN

I have attached photographs of the AiG group (some are staff members, and others are AiG supporters) that met with the governor of Saipan on Wednesday (he’s in the middle). We presented him with a gift of a sculpture done by one of our Creation Museum sculptors (you can see it sitting on his desk)—a nativity scene. It was a special time explaining to him why we were on the island and what we would be doing. We also told him about the Creation Museum and presented him with a book of photographs of the museum. 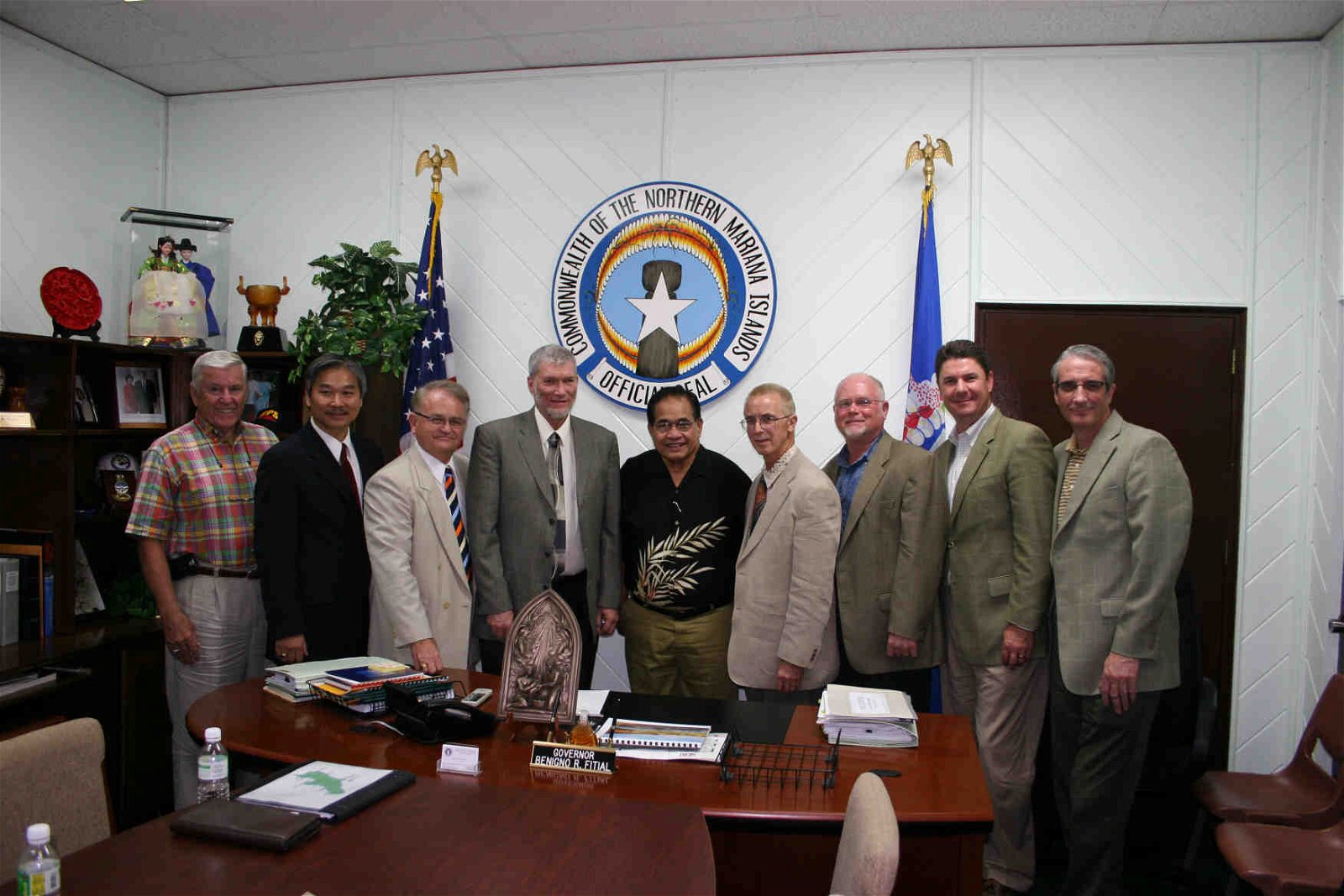 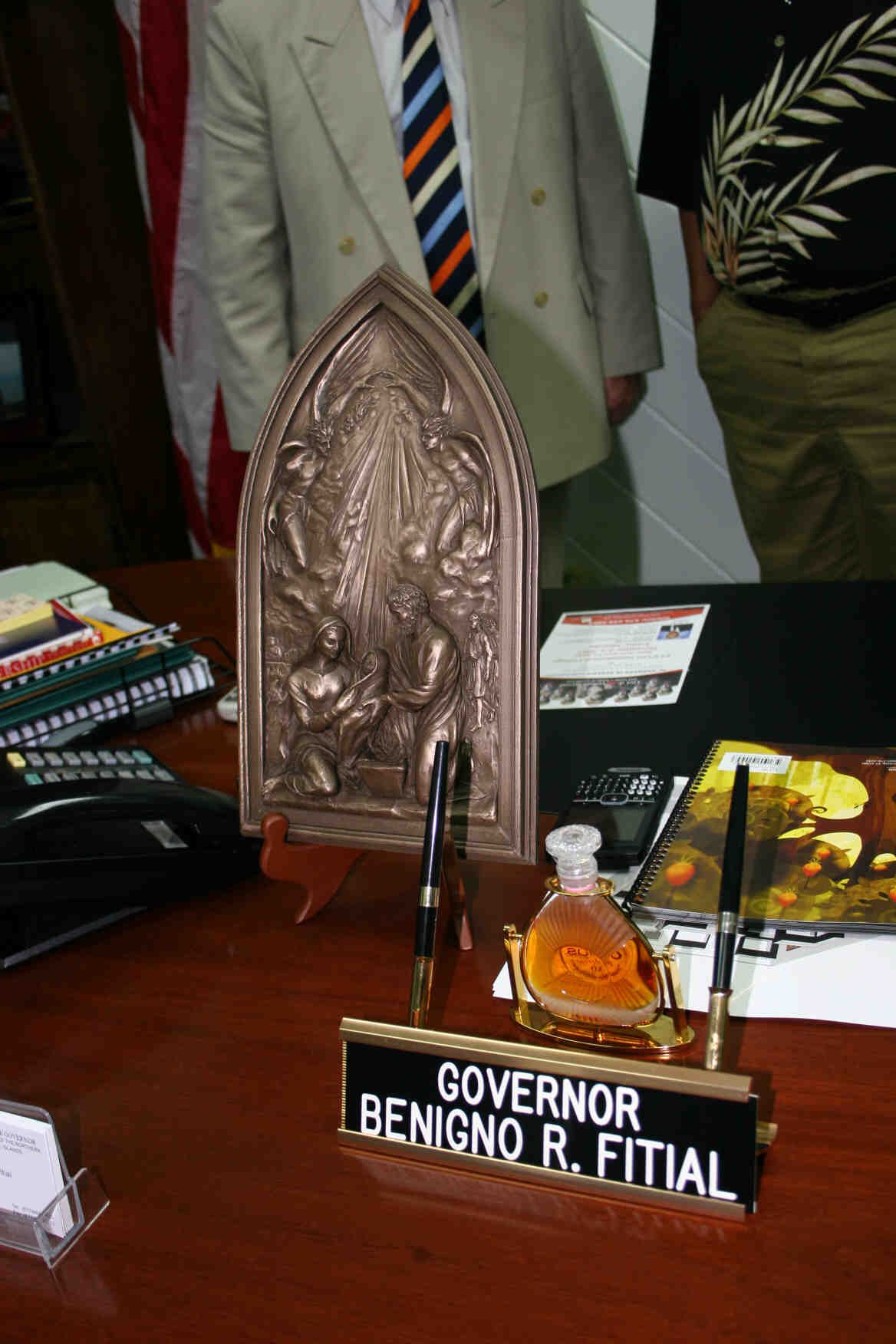 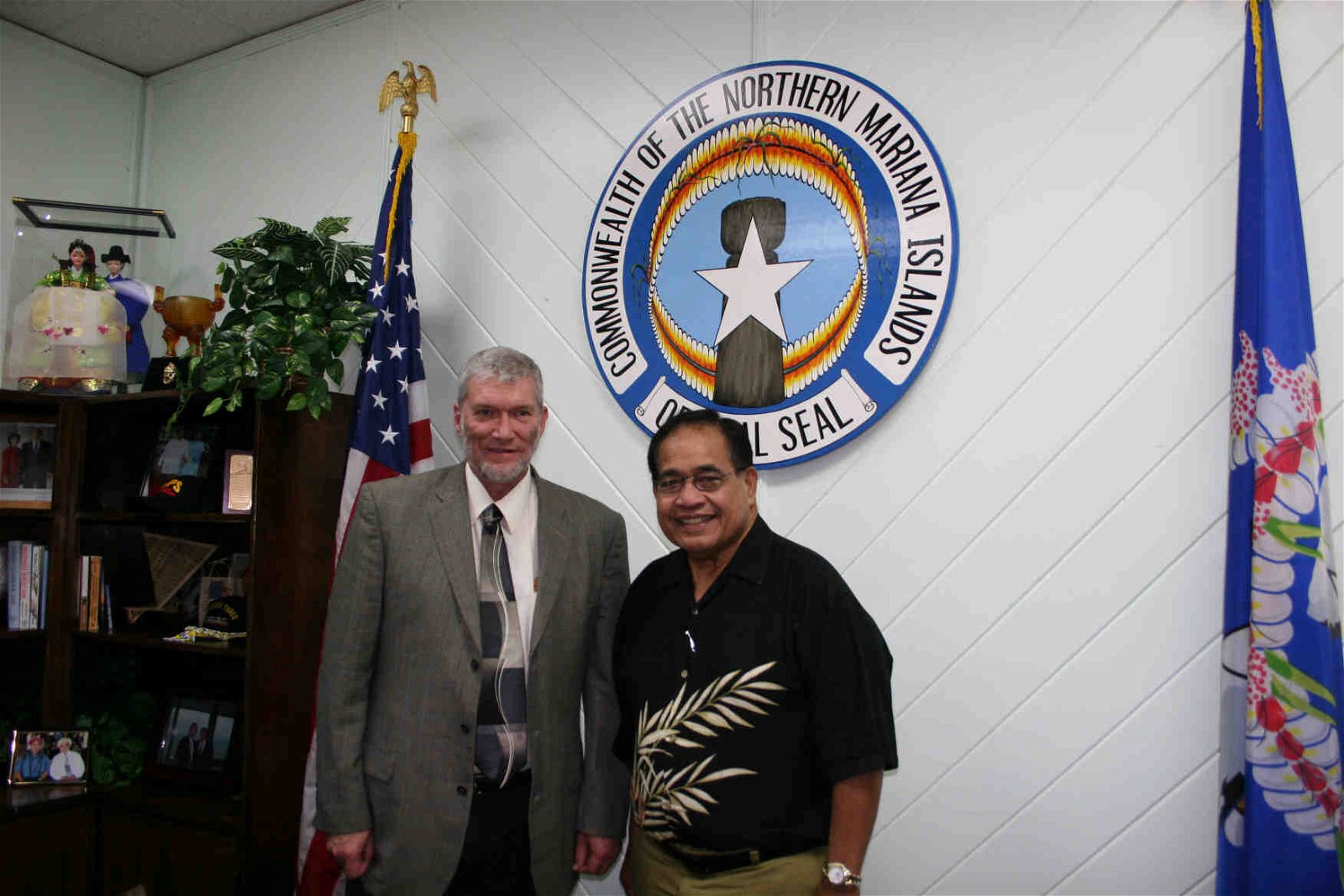 Please pray for the meetings beginning Friday evening. And also pray for all of us as we get talks ready and set up the equipment.

Previous Article AiG Is in Saipan Next Article Operation: Saipan