It's a good “problem” to have. So many people are coming to the Creation Museum, that the many wheelchairs we already have are checked out by noon or before on most days. We are asking if anyone has wheelchairs that are no longer needed, perhaps they would think about donating them to the Creation Museum. They will be put toward a great use—reaching people with the truth of God’s Word and the gospel. You can email us through the web or call 1-800-350-3232, extension 404 if you are able to help with this “problem.”

On Thursday I gave four presentations (including a keynote session) at the Florida Association of Christian College and Schools annual convention. I’ve included three photographs as the people listened to the keynote I gave. 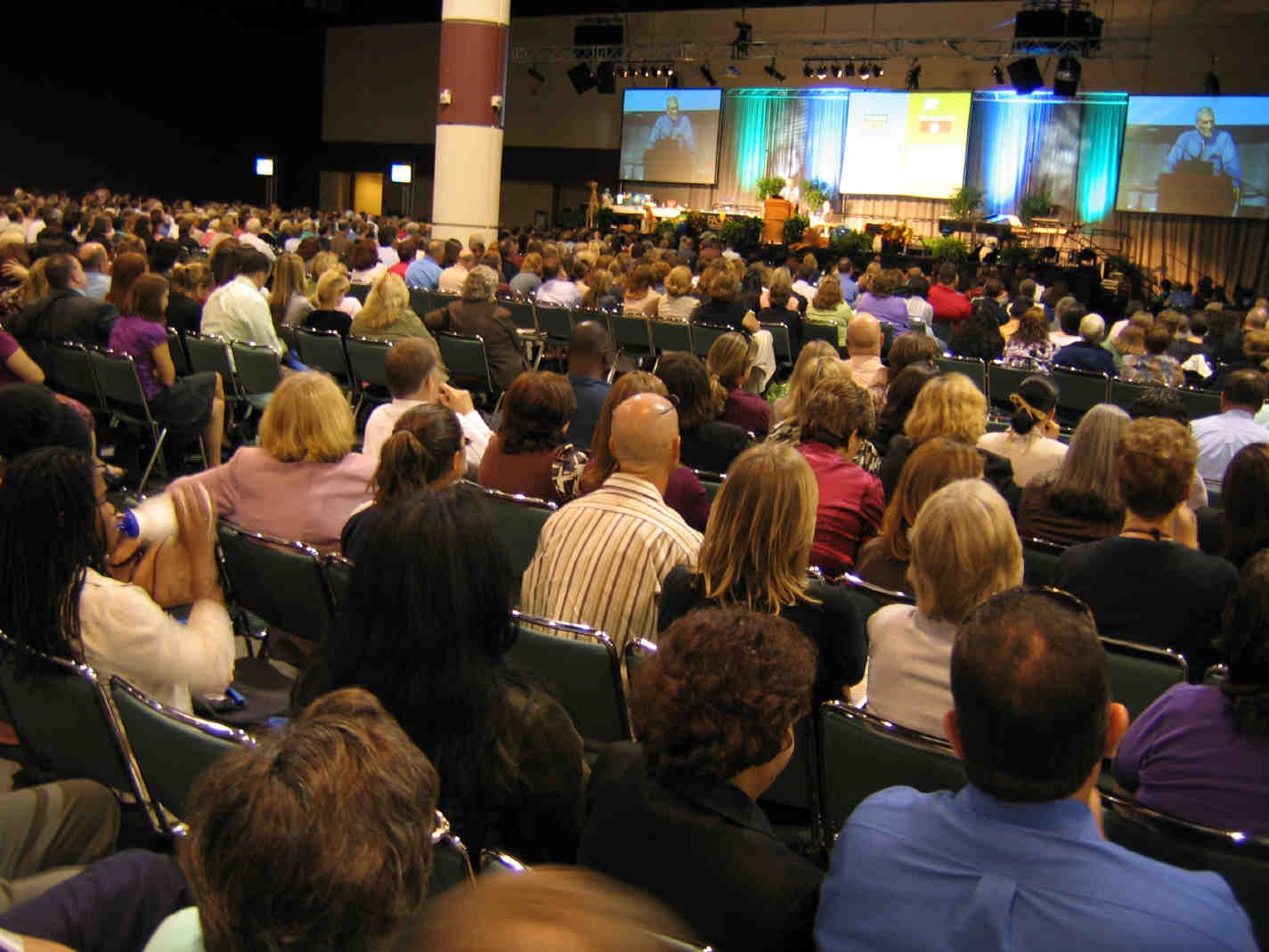 It was SO thrilling to hear of the number of schools already using AiG material in their classrooms—and the large number who told me they will be using AiG curricula and other material from now on. A number of schools said they will be bringing student groups to the Creation Museum (that’s a two-day drive!). We are now offering some special teaching/workshop sessions for such groups, which means they can spend TWO days at the museum and receive great Creation Apologetics teaching from live presenters and the museum exhibits.

By the time you read this, I will have given three more presentations at the Christian educators conference (including another keynote) and will be on my way home. We sold out of a lot of resources on Thursday—we should have brought a lot more resources.