Testimony after Testimony in Wichita

Last night I spoke at a Worldview Weekend conference—something they specifically call one of their "Code Blue" events. These programs are run by Brannon Howse from Worldview Weekend. I flew down to Wichita, Kansas, on Saturday afternoon, and am typing this while flying back to Cincinnati/Northern Kentucky.

This is one of those events where I was overwhelmed (by numbers and emotionally) from the testimonies of people who talked to me. Not long after I arrived at the facility and had set up my computer, people started coming, and lining up to speak to me. (See photographs taken inside the auditorium—over 1000 people in attendance.)

I couldn’t begin to tell you all the testimonies I received—it was as if the Lord was specially encouraging me and AiG.

On the way down to Wichita, a lady walked past my seat on the plane and said "Hi Mr. Ham"—I have no idea who she was. When I was in Atlanta airport walking one of the very busy concourses (at the busiest airport in the world) to get my next flight , a man came running up behind me and said, "are you Ken Ham?" He then asked if he could take my photograph to show his church—he said people wouldn’t believe he was able to meet me!! So right there in the busy concourse with people everywhere, we stopped and he took a couple of photographs! The thrilling thing to me is that this ministry has certainly positively affected lives. 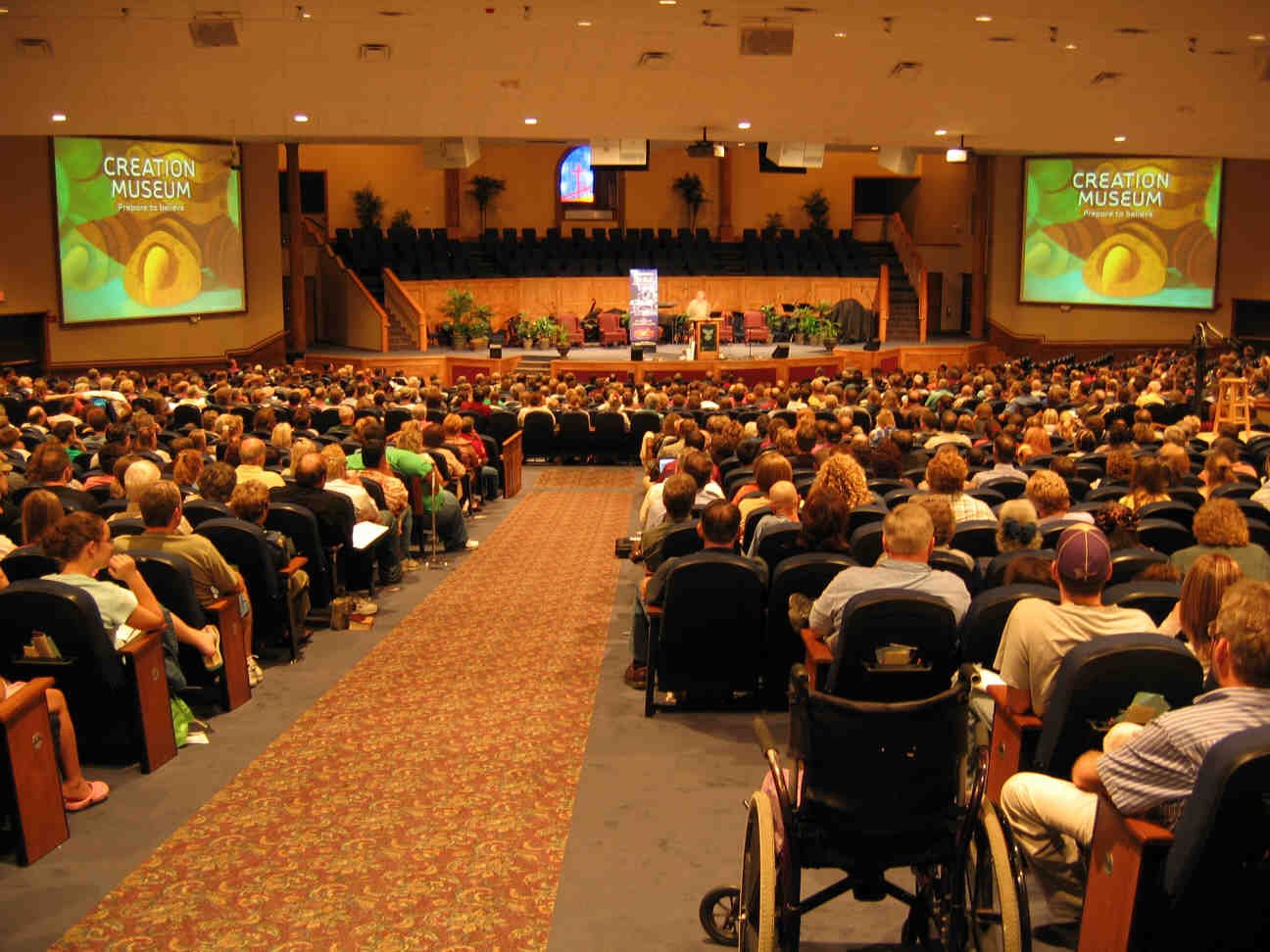 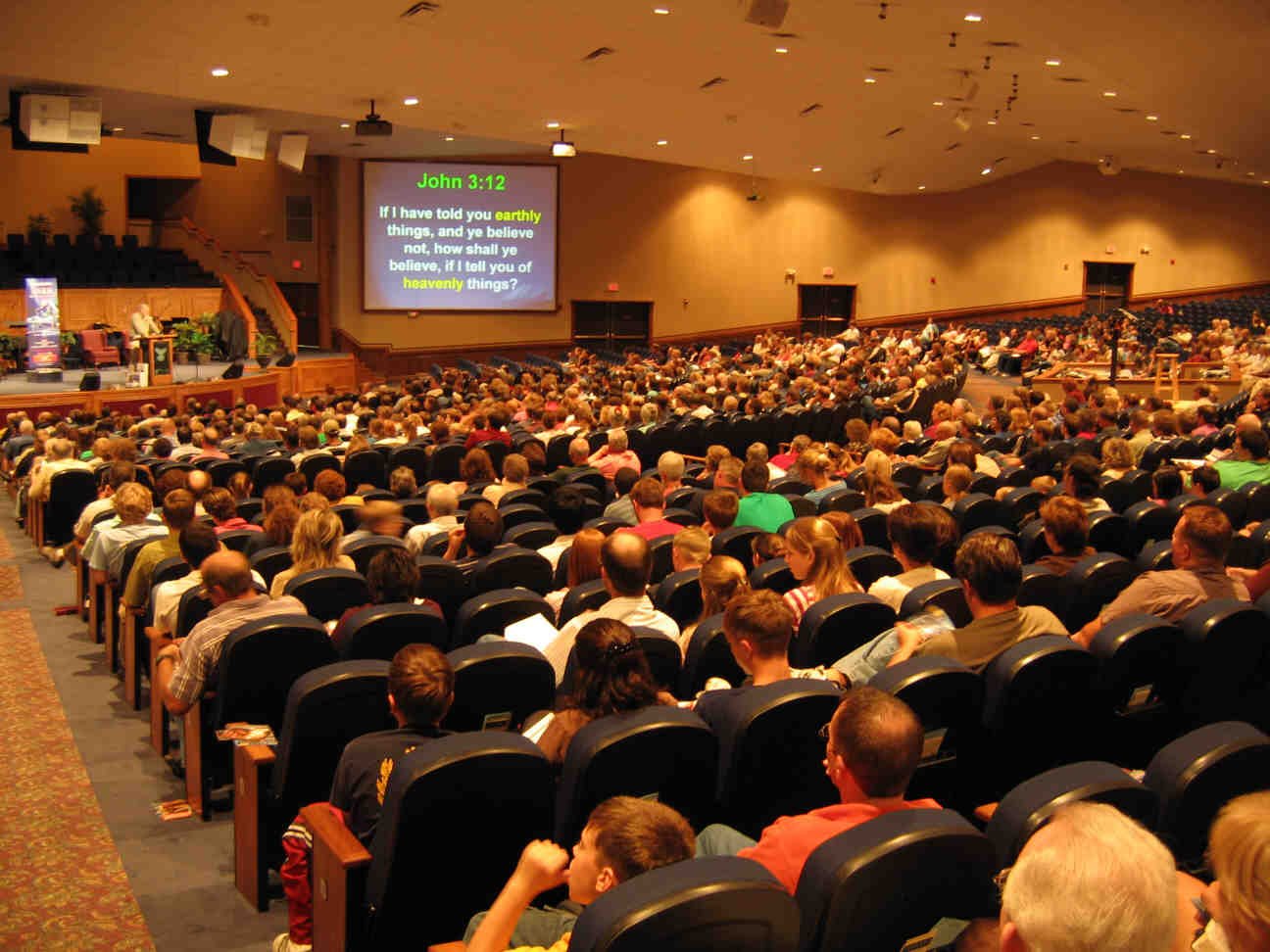 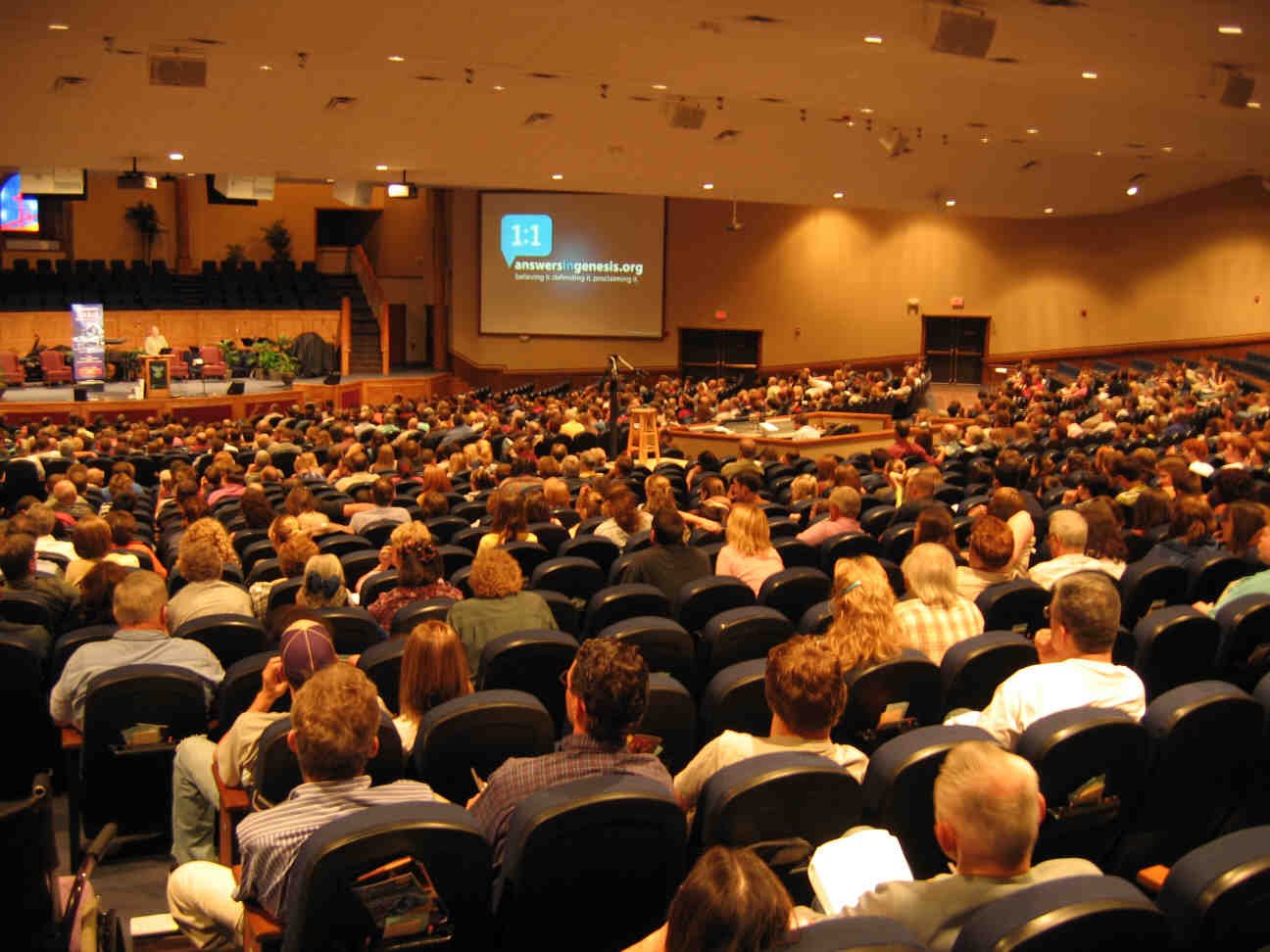 Another great feedback item from Wichita concerned the number of people who had already been to the Creation Museum. I would say just about everyone of them said something like one of the following: “It was fantastic,“ ”beyond our expectations,” “We are telling everyone we can they need to come,” “We are encouraging our church to bus people to the Museum,” “Our youth group is coming,” and so on. A pastor of a church that has a Christian school told me their teachers had already been to the Creation Museum and now they were planning a trip for their High School students to spend two days at the Museum. Because of the quality of the Museum, the stand it takes on biblical authority, the high professional standard—its reputation is growing across the nation.

There were nearly 3,000 visitors at the Museum on Saturday bringing total attendance in less than 5 months to almost 230,000!! The projection of 250,000 for the first year looks to be reached before the end of the first six months.