In recent times, Ive been writing quite a bit on this blog about all the media opportunities weve had recently as the museum draws closer to its opening on May 28.

In addition to secular outlets, we sometimes get requests from religious groups that may not necessarily share our perspective on Genesis. But we still want to have the opportunity to present the museum to their audiences and also to share how the Bible is inerrant from the beginning. We received a call early in the week from the Catholic Radio Network (carried on SIRIUS Satellite Radio), and soon our astrophysicist, Dr. Jason Lislewho has finished two of our planetarium programs for our museum alreadywas on the air to discuss the museum and deal with a call-in audience that was somewhat skeptical. Heres his summary:

On Thursday, I was interviewed on a Catholic program on the Sirius radio network. The host was very cordial and asked many questions about the Creation Museum and our position on various issues. Dinosaurs were a hot topic, as they often are. I was able to explain that since the Bible teaches that land animals were made on day six, and so were human beings, human beings did live at the same time as dinosaurs. Weve found that most people havent thought through these issues. Noahs ark was also a topic, and I was able to mention the current issue of Answers magazine, which has some amazing information on the Ark.

I touched on the assumptions that evolutionists use to guide their thinking (such as naturalism and uniformitarianism). These unbiblical assumptions are why secular scientists often reach faulty conclusions about the past when interpreting evidence in the present.

We had three callers. The first thought that it might be a mistake to take the Bible literally; he cited several examples where a hyper-literal reading of the text had led to bad conclusions. I was able to explain that we dont take the Bible in wooden-literal sense, but that we use the grammatical-historical approach. We use the grammar and history to interpret the text; this means we treat poetry as such, but we take historical narratives as literal history. Genesis is written in the narrative style, so we can trust that it is a true account of history.

Another caller (a theistic evolutionist) asked how we could know the days of Genesis were really days. He also pointed out that we observe survival of the fittest. I showed that the days of Genesis 1 must be ordinary days based on the context, and I pointed out that Exodus 20 compares our work week with Gods creation week. Later I explained the survival of the fittest is true, but is not evolution; it was written about by the creationist Edward Blyth more than 20 years before Darwin. The caller wondered why it was so important to believe in creation. I explained that although it is not directly a salvation issue, it is important to take God at His Word. As Jesus said to Nicodemus, If I told you earthly things and you do not believe, how shall you believe if I tell you heavenly things?

Another caller asked a very peculiar question. He had heard of a human body that was discovered frozen and dated at about 5,000 years. He asked why we couldnt identify this individual as one of the people mentioned in Genesis. I replied (with a little bit of humor) that it would be hard to identify the gentleman because he had no name tag. How could we possibly know who he was unless we found a written record with the body? Of course the Bible only records of the names of a tiny fraction of all the people who have ever existed.

We pray that the broadcast will encourage people to trust in the Bible. We also pray that many of the listeners will visit our website and the museum and be equipped to defend the Christian faith.

 Dr. Jason Lisle I do trust you had a blessed Easter. I have enclosed two photographs of the two Café decks under construction. A group of men from a couple of missions teams volunteered their services for nearly two weeks to build not only these decks, but the decks on the lake as well. We praise the Lord for the many volunteers who have contributed many thousands of man hours to the Creation Museum project. 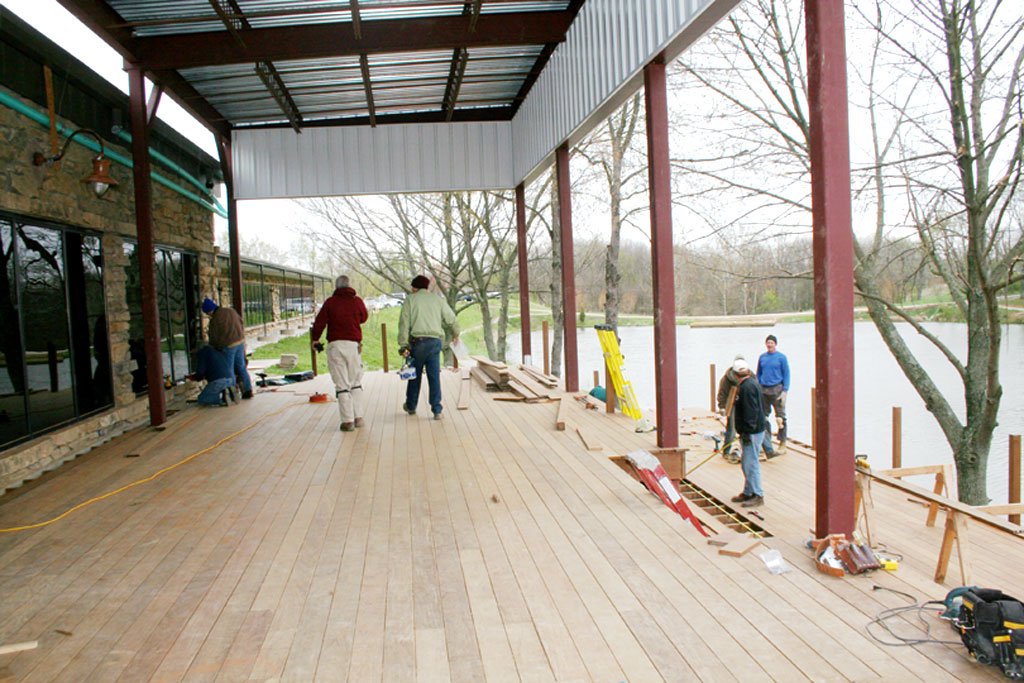 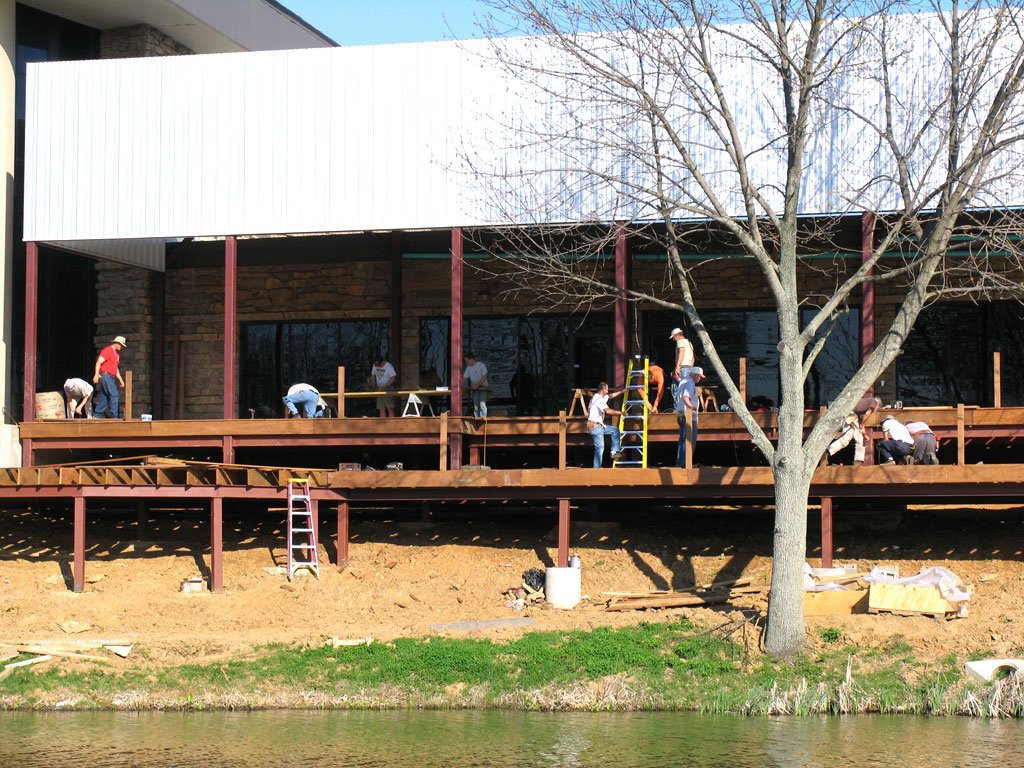