A team from CNN was at AiG to interview Dr. Jason Lisle and me, as well as to take a walk through the Creation Museum.  They also taped me and Mike Riddle at the Cincinnati Home School Conference.  We were filmed to be a part of the "Anderson Cooper 360" program that will air in April on Science and Religion.  I'll let you know when the museum segment is expected to be shown.

Dr. Tommy Mitchell spoke at Poquoson Baptist Church in Poquoson, Virginia recently.  The 200 people in attendance were very enthusiastic about the presentations.  Many commented that they never realized how important the book of Genesis was to the rest of the Bible.  One gentleman told Dr. Mitchell that this information makes the Bible "come alive."  It was also a great blessing to hear of so many people at the book tables between sessions.  A young man in the military said that he was going to purchase many of the DVDs so he could take them back to Iraq and share them with his fellow soldiers.  You see, the AiG message gets around the world!

Dr. Mitchell's fourth presentation for the conference was A God of Suffering? When dismissing the congregation after the third session the pastor announced, "We'll take a fifteen minute break now, and then we'll all return for the final suffering, ...er, ...I mean, session!" Naturally the entire crowd burst out in laughter.  What a joy it is to be with God's people.  After he finished the conference, Dr. Mitchell was able to tell everyone, "well, now your suffering is really over!"

I thought it was fitting to include a photograph taken from the AiG parking lot this week of a rainbow.  One of the exhibits at the Creation Museum is of the 'Rainbow Covenant' reminding us that God will never again send a global flood as He did in Noah's day. 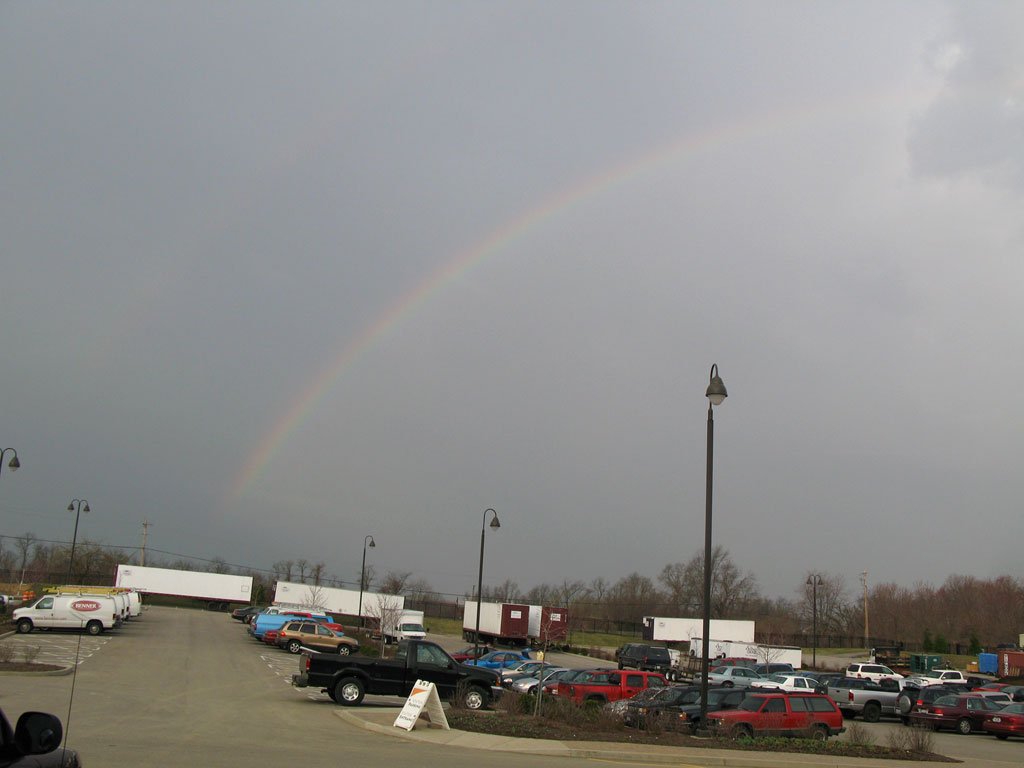