On Friday, both the Cincinnati Post and Kentucky Post newspapers had a feature story about the Creation Museum and how it will be bringing in visitors to the area, and this was a front page story. In the printed edition, each paper included four photographs.

The still-under-construction Answers in Genesis Creation Museum in Boone County could prove to be a godsend in efforts to persuade religious groups to hold conventions or major meetings in Greater Cincinnati. Some 20 religious group planners who toured Northern Kentucky and the Petersburg project about six weeks ago were uniformly impressed with what they saw in the museum, which is scheduled to open on Memorial Day, according to Tom Caradonio, president of the Northern Kentucky Convention and Visitors Bureau.

Mark Looy, Chief Communications Officer for AiG, said there will also be a feature story in the Cincinnati Enquirer newspaper this weekend.

My wife and I spent the day (doing research of course) at Disney’s EPCOT Theme Park. The “Future World” part of the park certainly gives adults and children a good dose of evolutionary/millions of years propaganda. The “Universe Of Energy” program uses Bill Nye “the Science Guy” and an actor to guide people through the evolutionary history of the world from the Big Bang, through the “age of dinosaurs” up to the present! Well AiG’s walk through biblical history is light years ahead of this exhibit! It was interesting: the program/ride broke down and we had to be evacuated off the ride. I told my wife it stopped working because their evolutionary history didn’t work! Then again, maybe because I was sitting there getting more and more disgusted that the ride sensed my creationist vibes and went to pieces! At the end of the day, Mally said to me, “all this does is make me pray more for the finances for the Creation Museum and that the Lord will specially bless the Creation Museum outreach to counter this terrible evolutionary propaganda thousands of people a day experience at Disney.” (And by the way, you will pay $10 for parking and $67 per adult to experience all this evolutionary/millions of years propaganda). Maybe we should call Disney’s Theme Park “Evolution Propagandizing Children Of Tomorrow”! (Actually, EPCOT originated from Experimental Prototype Community of Tomorrow and was based on a vision by Walt Disney.)

Mally and I will be visiting the Holy Land Experience Theme Park Saturday morning, and then we travel to Melbourne, Florida for my speaking events at Calvary Chapel.

I’ve enclosed a photograph of the scaffolding constructed on the Noah’s Ark Exhibit in the Creation Museum. A number of animatronic people will be a part of this exhibit. 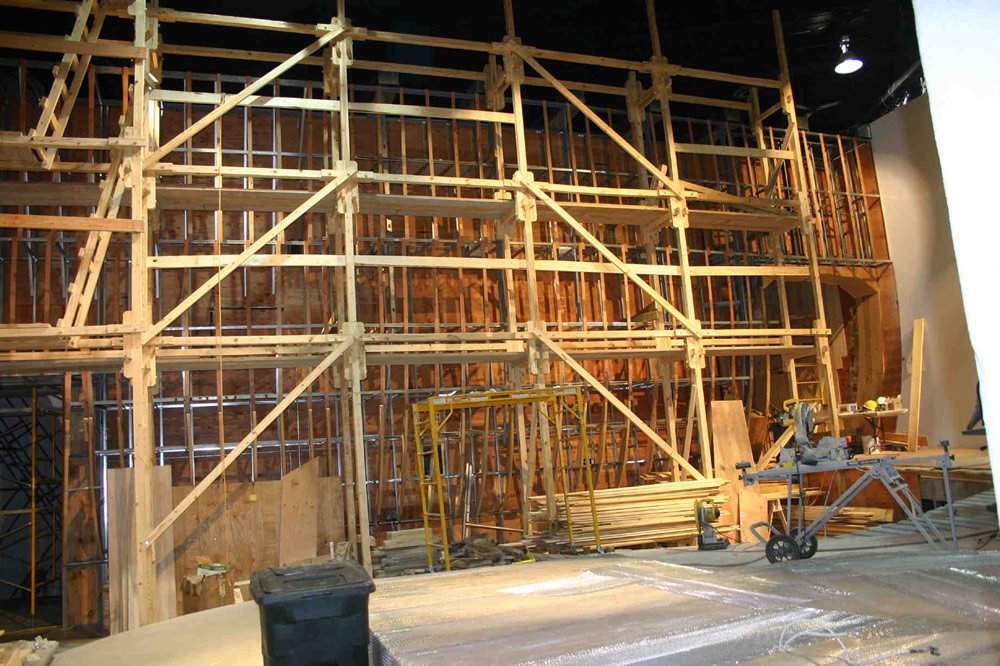