Today I spent over two hours with a reporter for the BBC world service, and, Dr. Eugenie Scott. Dr. Scott is the Director of the NCSE (National Center for Science Education)�the leading anti-creationist organization in the USA.

Eugenie Scott interviewed me (and at times we debated in a respectful way) for a program to be aired on the BBC. Eugenie is well known across the USA as leading the anti-creationist cause. She was very respectful�and except we have totally different worldviews (she describes herself as a "non-theist"�and is listed on some websites as an atheist), you would think we were friends.

At least the BBC and Dr. Scott openly arranged to come to AiG�not like the recent visit from comedian/social commentator Bill Maher who was involved in a very deceptive tactic to get into the AiG offices. Dr. Scott was very complimentary about the quality of what is being done at the Museum (because of construction regulations, we could only show her the lobby�but I invited her back for a personal tour in May)�but she made it clear she disagreed with our message, of course. I have attached a photograph of Dr. Eugenie Scott and myself taken in the Creation Museum lobby. This is an intriguing photograph�America�s best known leader of the anti-creationist cause with the CEO of the largest biblical creationist organization!

At AiG, we prayed for Eugenie today�and will continue to pray for her.

90 SECONDS�BUT IT PACKS A PUNCH

AiG�s daily radio program is only 90 seconds long�but it does "pack a punch." This program is heard on over 900 stations worldwide. And we do receive a lot of positive feedback�like this one:

Your programs are some of the most important messages to the Christian community and the world. I'm always amazed how few of my brothers and sisters in Christ still have doubts about God's ablility to have made the earth in 6 days, and try to incorporate evolution in their world veiw. I thought like that in my early days too, so i understand the deception and subversion the enemy uses to make us doubt God and His word. That's why i consider what you say and do so important. It just convicts and convinces us of the truth, in a world that bombards us with lies and doubt. Thank You for answering the call, and showing yourself approved.

It was fascinating to watch as staff, contractors and volunteers raised the Buddy Davis Stegosaur sculpture up over a wall to its resting place on the catwalk above the Dragon/Dinosaur Theatre! More of Buddy�s dinosaurs will be exhibited here�people will be able to walk up on the catwalk where the 42 foot T rex (it was also raised up to the platform), Stegosaur and other Buddy sculptures will be exhibited. I have enclosed a photograph of the delicate operation. 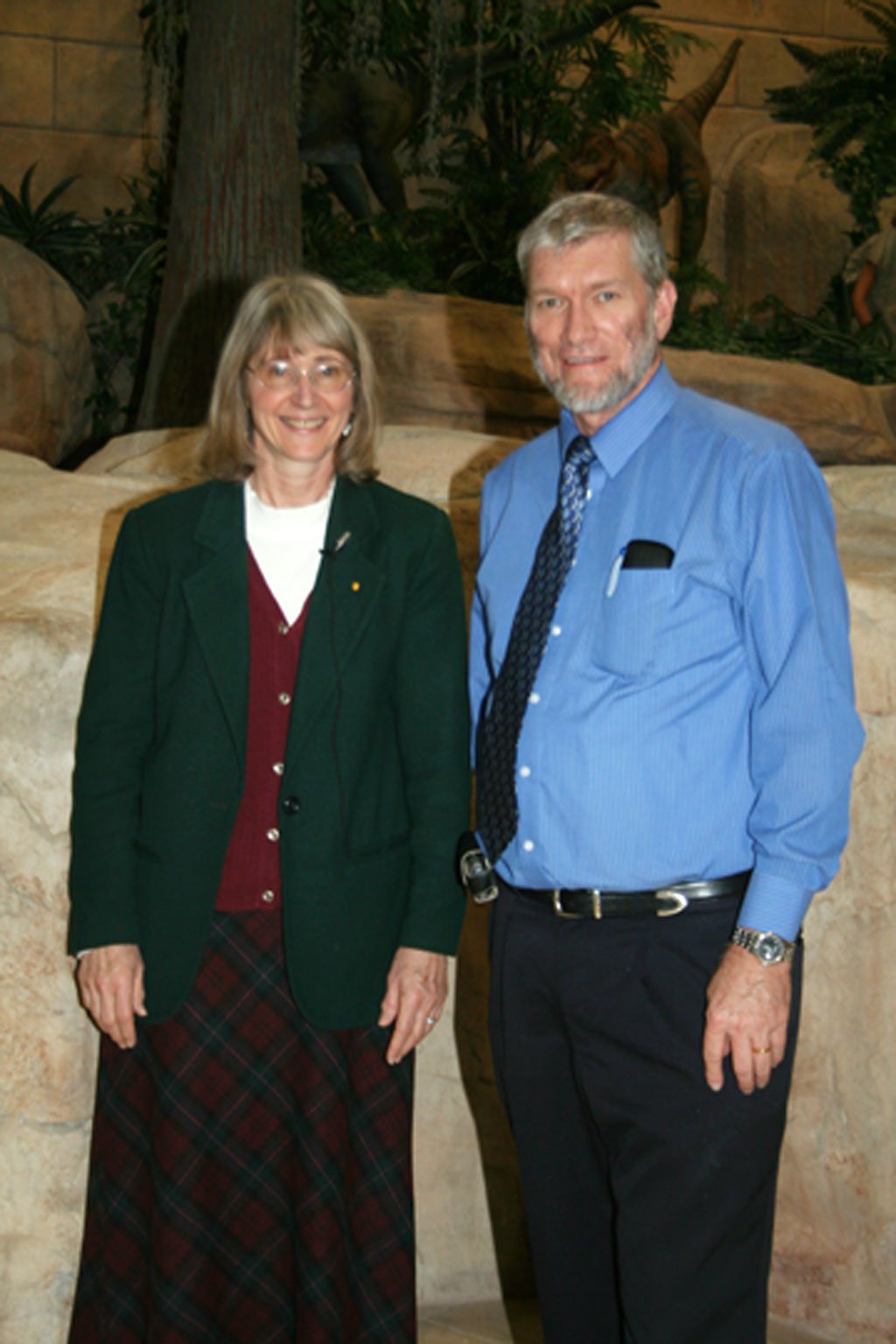 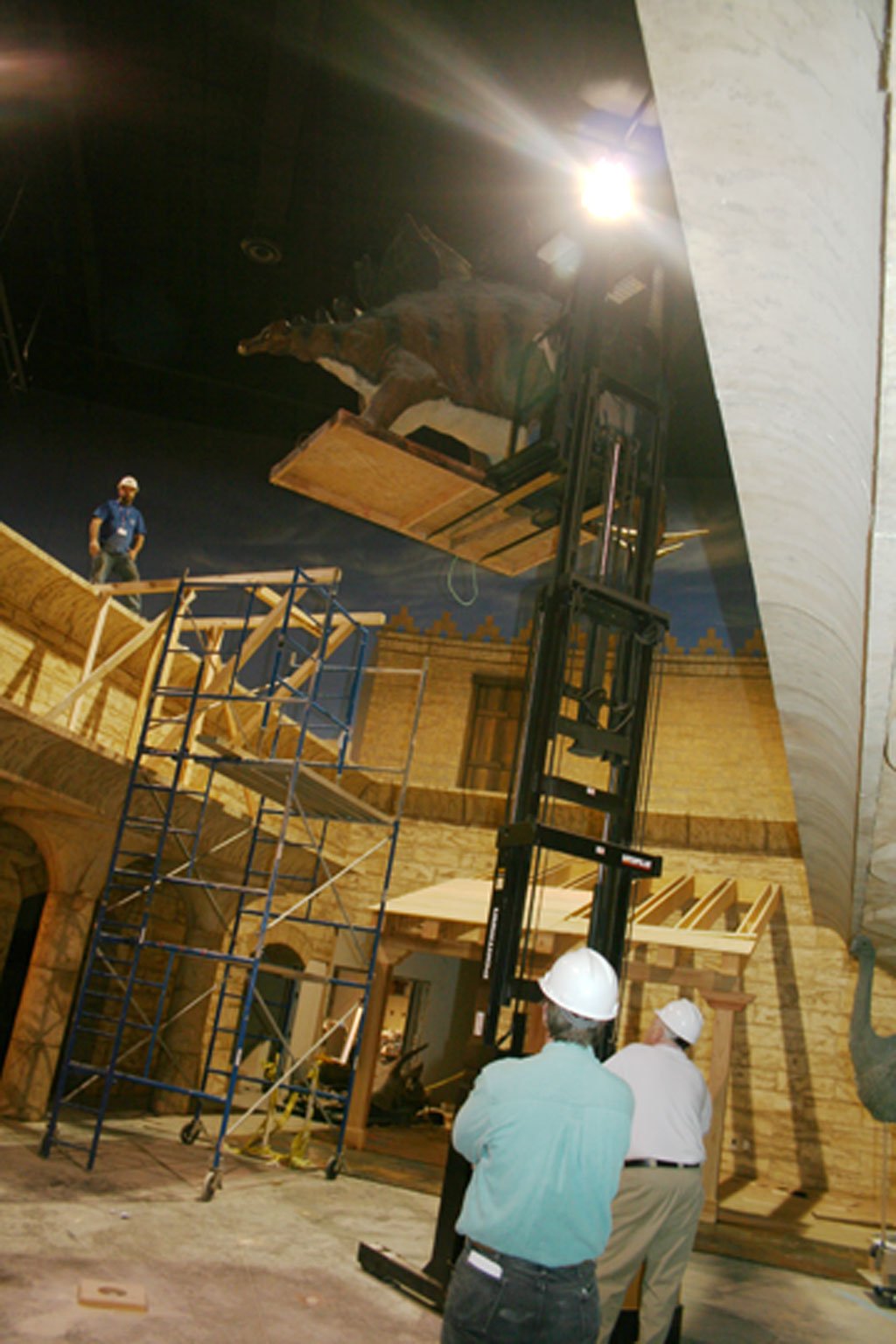