It was another milestone for AiG on Tuesday. The new totally redesigned web bookstore went live! Even though the old bookstore has served us well, this now takes the AiG web bookstore to a whole new level. AiG web staff have spent hundreds of hours customizing a whole new bookstore program. The online store is now live on our website - http://www.answersingenesis.org/store. Create a new account and get 10% off your first order.

There are a number of enhancements and new features that we're very excited about! Please take time to browse the store and give us your feedback. Congratulations to the development team: Adam, Joel, Jared and Kim.

In response to the Reuters article that appeared on Yahoo.com, there have been all sorts of blog items and other news reports appearing on the web around the world. Here is part of what one (obviously not an AiG supporter!) blogger stated:

Ken Ham is in the news again, and he knows exactly what he's doing, the cunning little rat.

[Quoting from the Reuters article] While foreign media and science critics have mostly come to snigger at exhibits explaining how baby dinosaurs fit on Noah's Ark and Cain married his sister to people the earth, museum spokesman and vice-president Mark Looy said the coverage has done nothing but drum up more interest.

"Mocking publicity is free publicity," Looy said. Besides, U.S. media have been more respectful, mindful perhaps of a 2006 Gallup Poll showing almost half of Americans believe that humans did not evolve, but were created by God in their present form within the last 10,000 years.

Creationists really aren't stupidthey're clever in getting the support they need to protect their ignorance.

Well blogger, Reuters called us, we didnt call them! 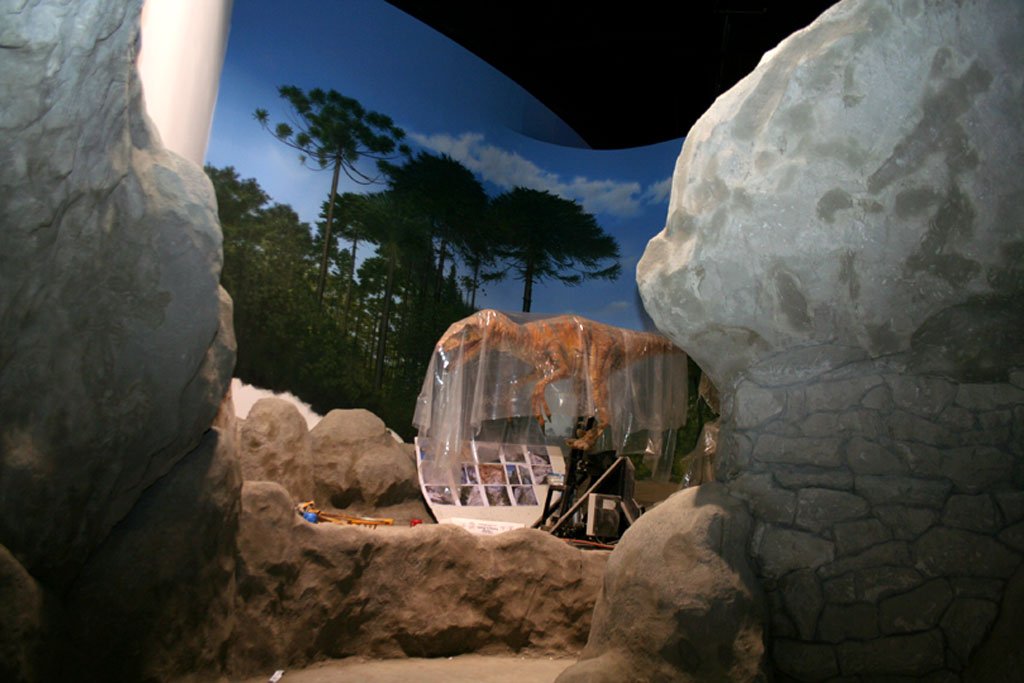 I have attached a photograph taken on a part of the Creation Walk looking back to the exit from the Cave of Sorrows! Things are taking shape!

I encourage you to read the latest posting at: www.armchair-theology.blogspot.com concerning being a second fiddle. It is a challenging devotional.

Thanks for praying and thanks for stopping by,