On Sunday night, Yahoo put up an article (linked from its front page) written by the Reuters’ reporter Andrea Hopkins who visited the Creation Museum this past week.

The article begins as follows:

PETERSBURG, Kentucky (Reuters) - Ken Ham’s sprawling creation museum isn’t even open yet, but an expansion is already underway in the state-of-the art lobby, where grunting dinosaurs and animatronic humans coexist in a Biblical paradise. A crush of media attention and packed preview sessions have convinced Ham that nearly half a million people a year will come to Kentucky to see his Biblically correct version of history. “I think we’ll be surprised at how many people come,” Ham said as he dodged dozens of designers working to finish exhibits in time for the May 28 opening.

Overall, it is a well written article and quotes us accurately. This article will probably end up in many different newspapers/magazines and other news sources around the world. Reuters is also making photographs available. You can read the rest of the article at: Yahoo.com.

I want to share with you how our Lord worked in the life of a dear sister in Christ of mine, with your music. On Dec. 12, 2007 Jeff, a dear friend of mine had a stroke and was in a diabetic coma with little chance of coming out of it. At Christmas my aunt gave me a copy of your Soar album. I was listening to it and I knew right away God had given me it for the song “Heavens as Pretty” for me to give to Jeff’s wife Anne, should the Lord call him home. My mom and I both knew we should give it to her because it was perfect. It said exactly what Jeff would tell [his wife] if he could.

Jeff was taken off the respirator and went to be with the Lord on Dec. 30th. I gave my friend the song and she was so excited, because it even sounded like Jeff singing, so much so his niece asked when Jeff recorded a song! They had a memorial for Jeff at his church last Sunday and everyone said it was the perfect song for Jeff to leave in his memory. [His wife] listens to it often and knows that Jeff is okay because he is with our Lord and Savior Christ Jesus. I wanted to encourage you by telling you how God used one of His songs. Thank you for your faithfulness to Him. We listen to your album a lot and it is really a blessing and so we also bought Anne her own CD of Soar.

By the way, you can obtain copies of Buddy’s CDs (including the one mentioned above) at our online store.

Dinosaurs “Point the Way” to the Creation Museum 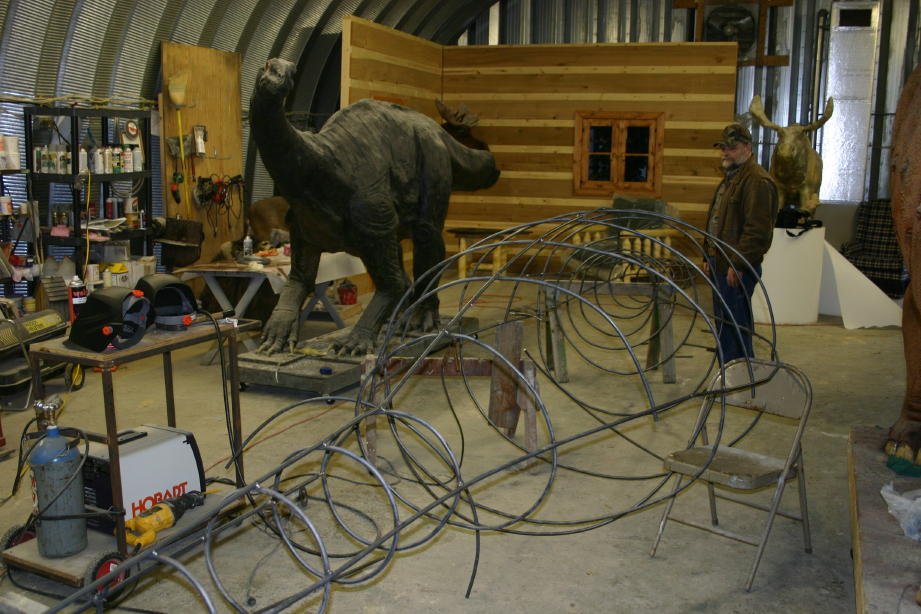 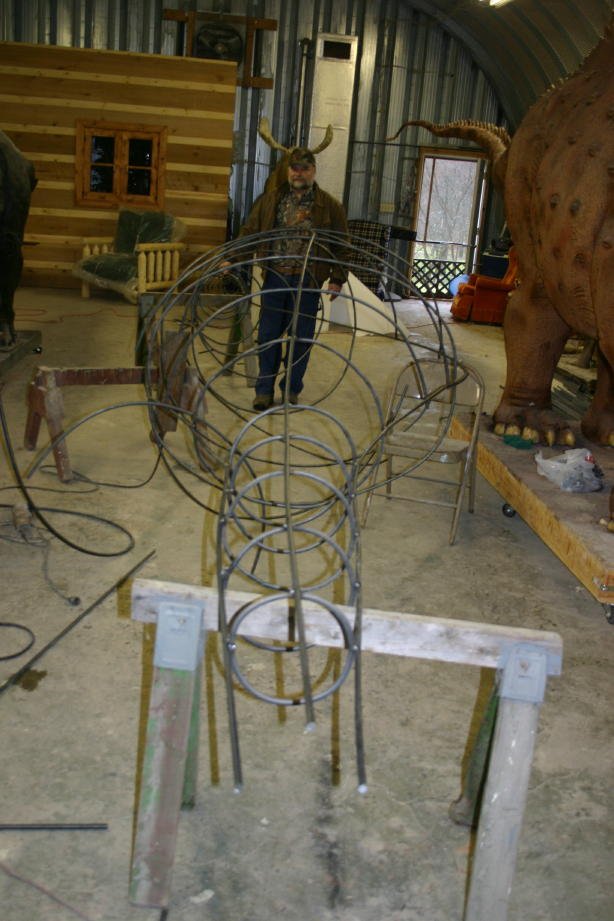 The two photographs show the very early beginnings of one of two steel dinosaurs Buddy Davis is constructing that will be used in connection with signs that point people to the Creation Museum (they will be seen from the major Interstate that the Creation Museum borders). Praise the Lord for people like Buddy who have devoted their life and talents to furthering the spread of the gospel through Answers in Genesis.