The more a culture gets away from believing in God, and the more people believe humans are just animals, the more we will see news reports like this one:

UK scientists have applied for permission to create embryos by fusing human DNA with cow eggs.

Researchers from Newcastle University and Kings College, London, have asked the Human Fertilisation and Embryology Authority for a three-year license.

The hybrid human-bovine embryos would be used for stem cell research and would not be allowed to develop for more than a few days.

But critics say it is unethical and potentially dangerous.

Liberal Democrat MP Dr Evan Harris - a member of the Commons Science and Technology Select Committee - said: "If human benefit can be derived by perfecting therapeutic cloning techniques or from research into subsequently-derived stem cells, then it would actually be immoral to prevent it just because of a 'yuck' factor. You can read the entire article at: BBC NewsPlan to create human-cow embryos

Many of you are aware that well-known motivational speaker and best-selling author Zig Ziglar is a Christian. Although he became a believer later in his life, he is increasingly using his national platform to proclaim the gospel and other biblical truths, including the fact that all people are of "one blood" (Acts 17). One Blood happens to be the title of AiG's book on racial reconciliation, and Zigwho received Christ after an African-American woman shared the gospel with him and has since had a passion for racial reconciliationwrote the book's foreword. 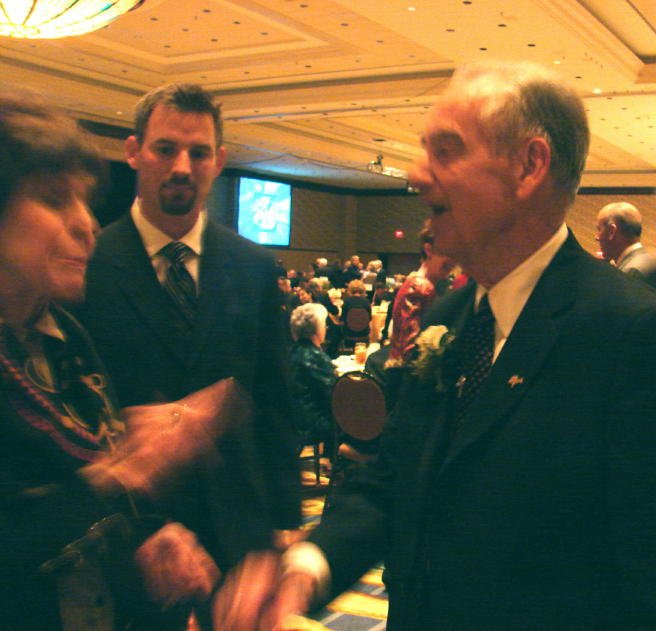 Last Saturday in Dallas, Zig celebrated his 80th birthday. Mark Looy was there, along with 600 others. Mark was in town to meet with our museum's new publicist. Zig happens to be a big museum booster, and actually emceed a fundraising banquet for the museum. We told him of our intended May 28 opening, and he asked us to send him an email with all the specifics so that he, the "red-head" (that's how he affectionately calls his wife), and their son Tom can fly out to visit. Zig took a museum construction tour several months ago and definitely caught the evangelistic potential of the center.

At the birthday celebration, the gospel was presented many times. The tributes that evening were as much for the Lord as they were for a warm-hearted servant of God who has been blessed by Him. A photograph taken on the night by Mark Looy on his phone (which is why it is not high-quality) is attached.