Today we were privileged to have a visit by wildlife educator Dan Breeding. Dan conducts programs using live animals and has appeared on many television programs (many hosted by very famous personalities in the USA). He is also an animal trainer and provides animals for a number of movies in Hollywood. Dan also speaks in public schools and many other places.

The staff was entertained, educated and convicted as Dan not only spoke about design features in the animals he brought into the office, but gave some of his testimony and spoke on the authority of Gods Word.

I have included photographs taken today of the animals Dan used for the presentation to the AiG staffan Owl, a small member of the ape family, a White-handed Gibbon, and an alligator. Dan will also be speaking at the Friday morning AiG staff meeting. We are planning on using Dan and his ministry at various times throughout the year as part of the Creation Museum program once it is open. 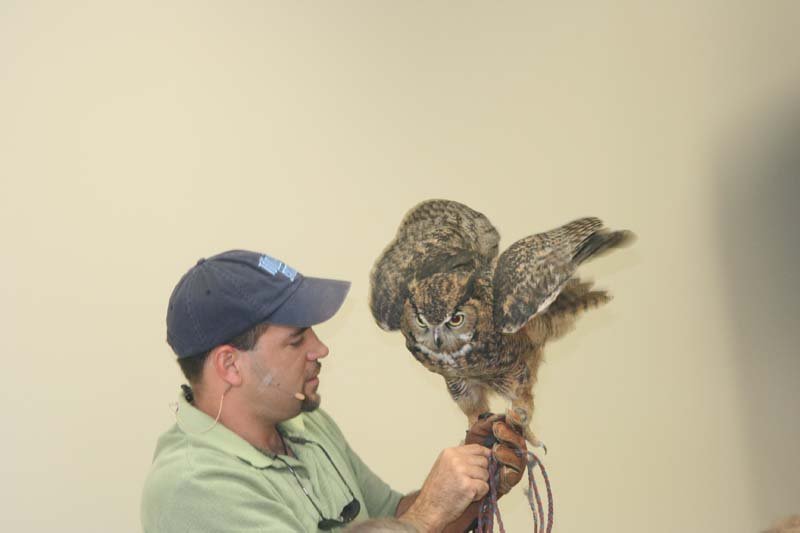 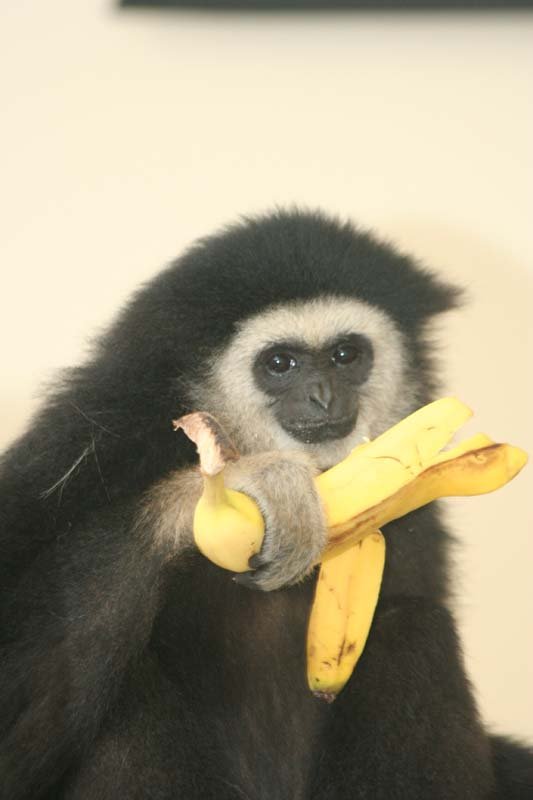 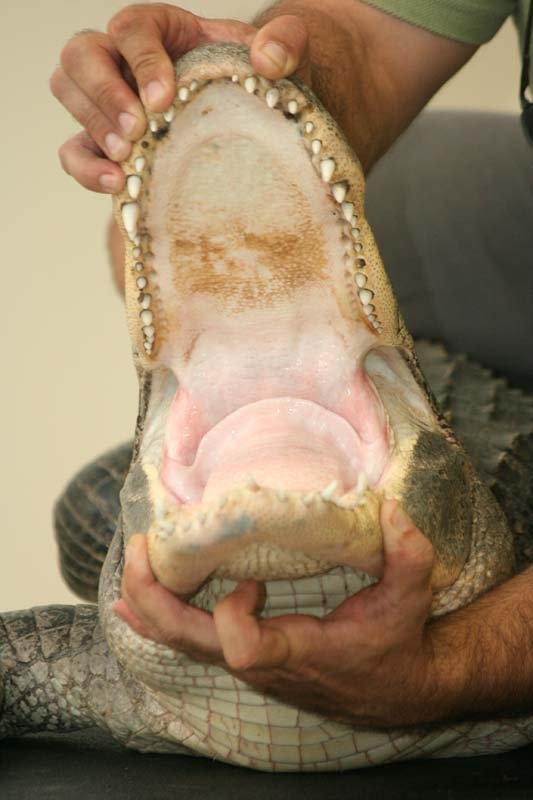 You can find out more about Dan and his Creatures of Creation organization at: www.creaturesofcreation.org.

I showed Dan and some visiting missionaries through the Creation Museum construction this afternoon.

We received this email today:

It was a massive privilege to host Ken and your team last week. Please thank them on our behalf. We were quite pleased with the turn out, the greatest ever in the history of Oxford Creation meetings for sure! It was also a good atmosphere and people felt relaxed and open. Praise God. Blessings to you all at AiG UK. You're in our prayers.

Also today, the staff was privileged to hear a presentation from a representative from Voice of the Martyrs. This week the staff also heard a special devotion from Dr. Robert Sumner of The Biblical Evangelist. I will give you more information about these presentations over the next few days and also put up a link so you can hear the messages they brought to the staff.

This morning I was interviewed by CDR Christian Radio (out of Cedarville, Ohio) for the news program on the topic of the death of Australias crocodile hunter, Steve Irwin. We spoke mostly about how the death of such a prominent person causes people to ask questions about God, death and suffering, and so on. Of course at Answers in Genesis we have answers to such topics because we take Gods Word in Genesis as history!

Previous Article Some excitement at AiG today! Next Article A biblical evangelist and a wildlife educator visit AiG