I have lots of interesting stories to tell you about our UK visit over the next few blogs.

Since I was coming over to the UK for an AiGUK ministry board meeting, I offered to speak for a couple of days to help make the trip even more effective and reach people with the creation/gospel message. A lot of this was late in the planning, so the AiGUK organization quickly sent out notices of a meeting they booked for me in Leicester for Friday night and one for Oxford for Saturday afternoon and evening.

Last night (Friday night), 400 people turned out for the Leicester meetingquite extraordinary given the late notice. The secular society also turned out. Two men began protesting outside the Leicester University Student Union Lecture Hall where the meeting was held. So I decided to go out and talk to them.

Then he showed me one entitled, Ken Hamprophet of ignorance. So I asked if I could have my photograph taken with him (see photographs).

I tried to talk with him for a while, but the conversation went like this:

Ken: Why do you hate God? Secularist: I don't hate Godthere is no God.

Ken: Can you tell me how natural selection is part of the mechanism for evolution? Secularist: What about the Galaxies and how far away they are? [Well I gave up on that one.]

Secularist: There is no way the Grand Canyon was formed during Noah's Flood. Ken: Actually we don't believe it was formed during the Flood. It was most likely formed at the end of the Floodafter the Floodbut the layers were laid down during the Flood. Secularist: There is no way the layers could be laid down by Noah's Flood. Ken: Have you ever been to the Grand Canyon to see the layersever done research like our creation scientists have done? Let me tell you about the layersabout bent layers (and I gave him a lot more detail). Secularist: I've never been to the Grand Canyon. I can't afford toI'm not a rich man like you.

Wellafter a while I left him. They eventually packed up and went home. 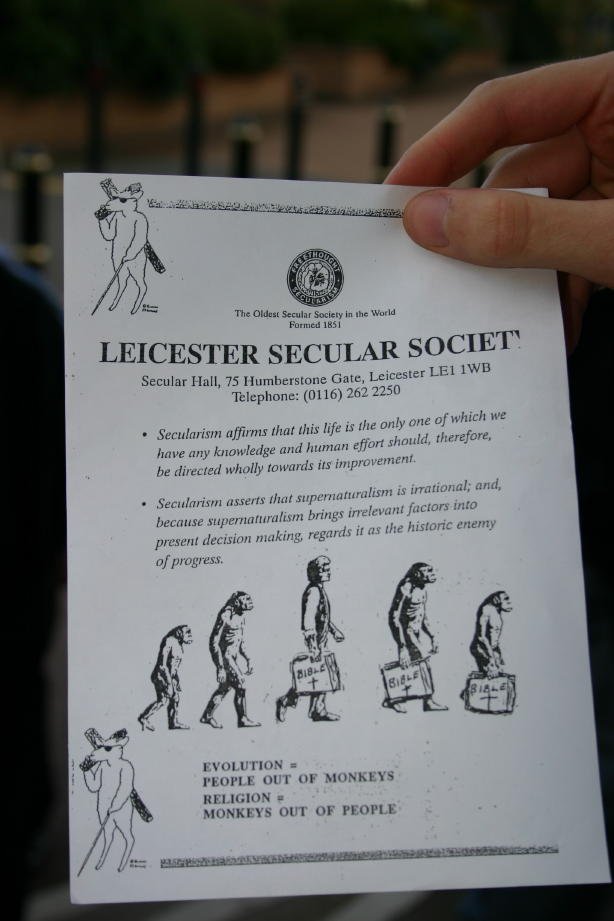 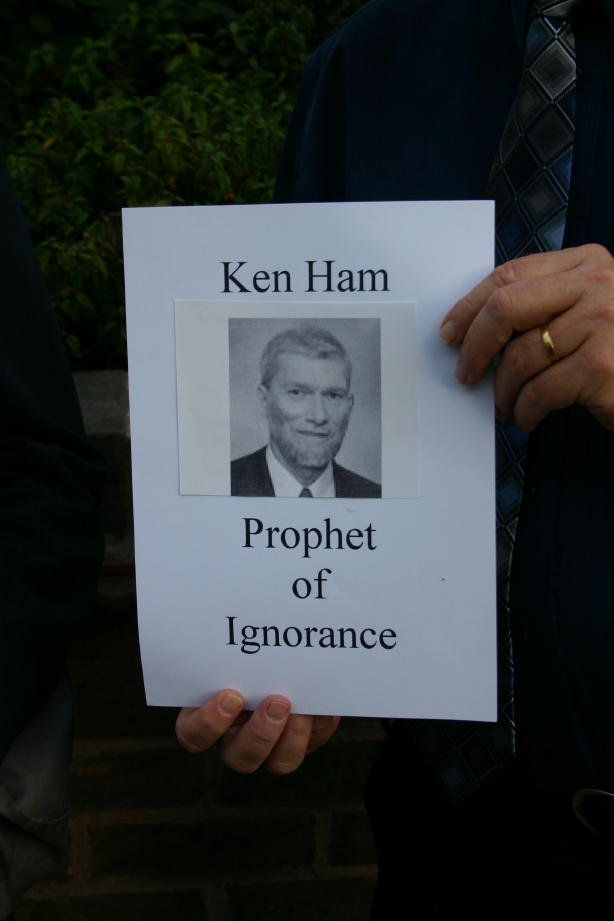 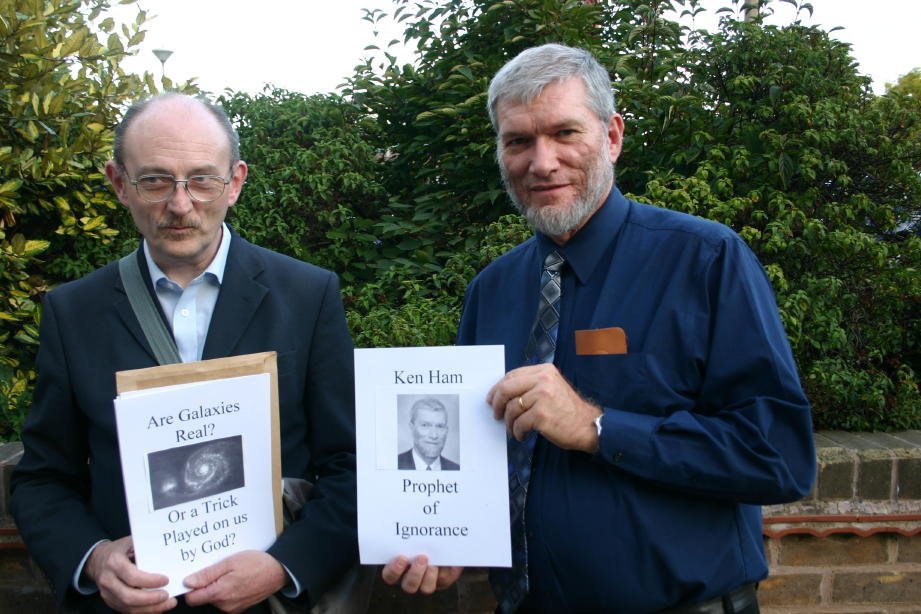 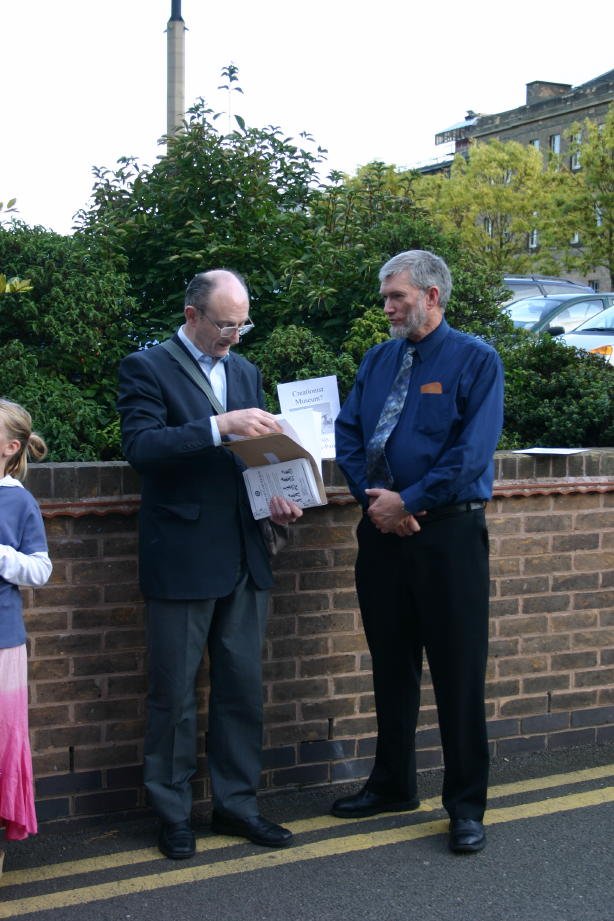 There were many other testimonies, and I took some photos of some of those giving me testimonies. I'll include these in future blogs.

Well, off to Oxford today. Please pray for these meetings.