I have enclosed a number of photographs that capture various speakers/events during the day Friday at Creation College.

One lady came to me last night and said her teenage sons are attending Creation College and they LOVE it. She said that they are thrilled with the presentations and just absorbing all the information. In fact, there are a number of teenagers in the audience what a thrill to see this next generation serious about studying God’s Word and learning to how to combat the forces of evolutionary secular humanism.

Today, there are more presentations and then all of the Creation College participants (well over 400) travel to the Creation Museum for a tour of the construction and a sneak preview of some of the exhibits. 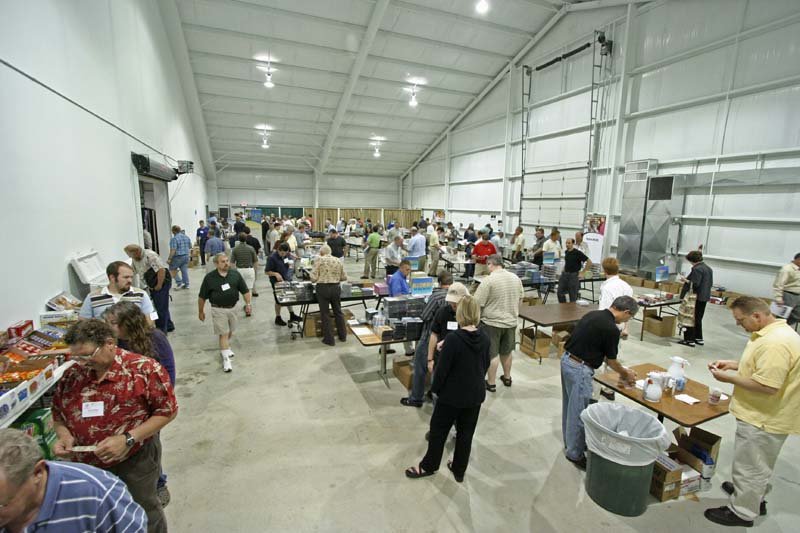 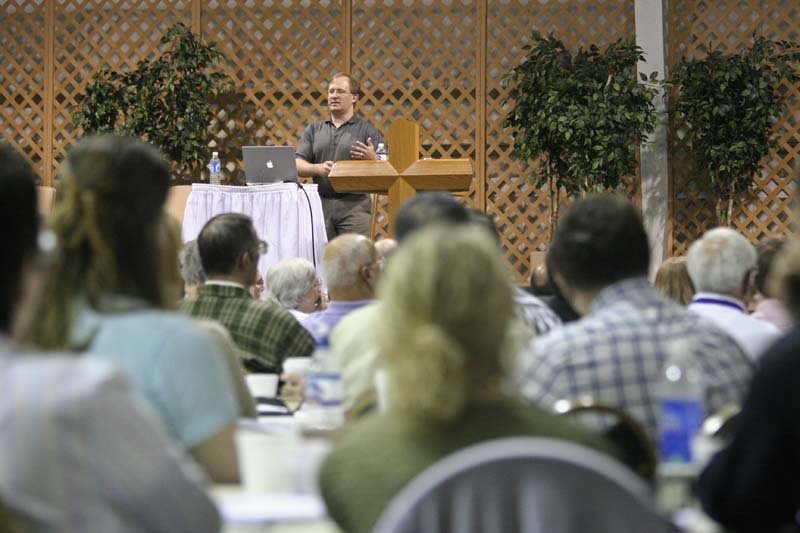 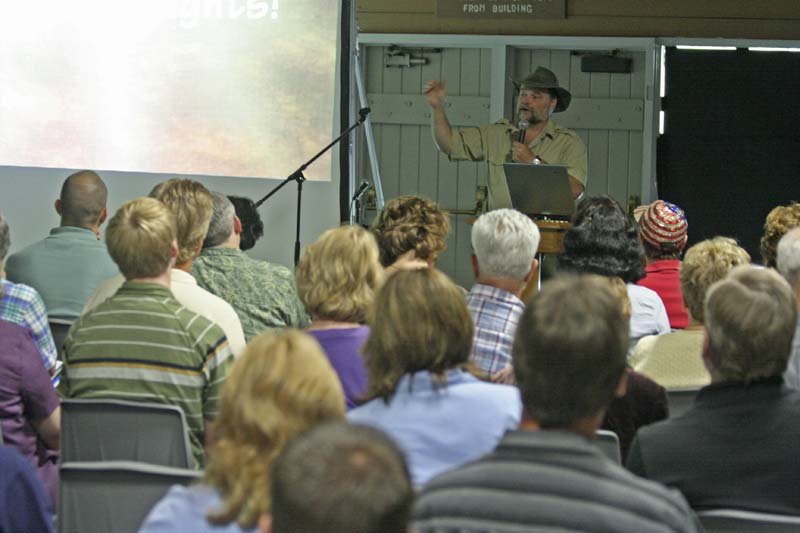 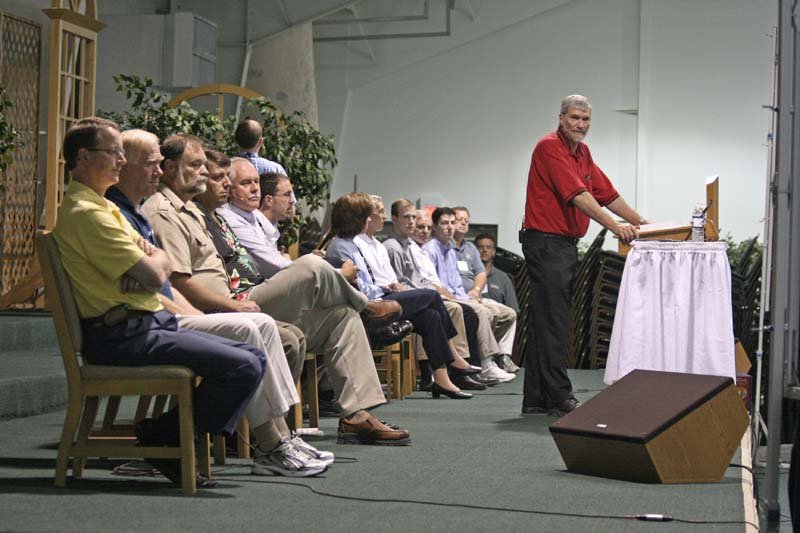 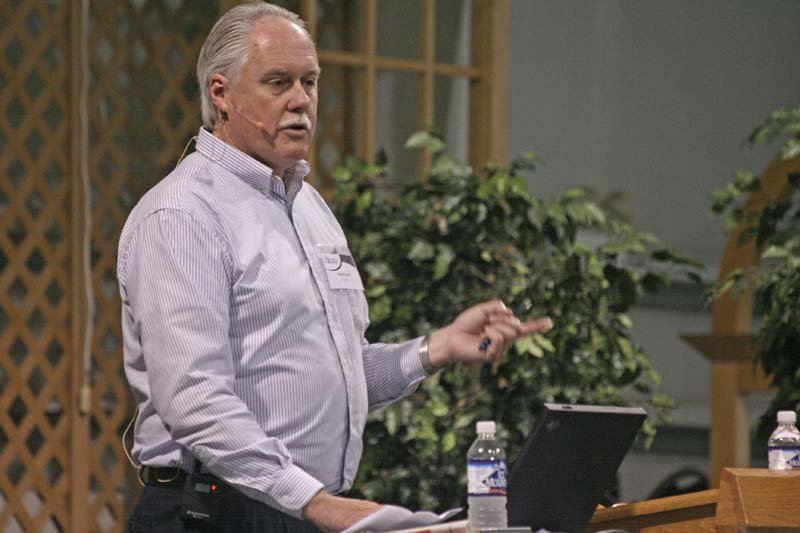 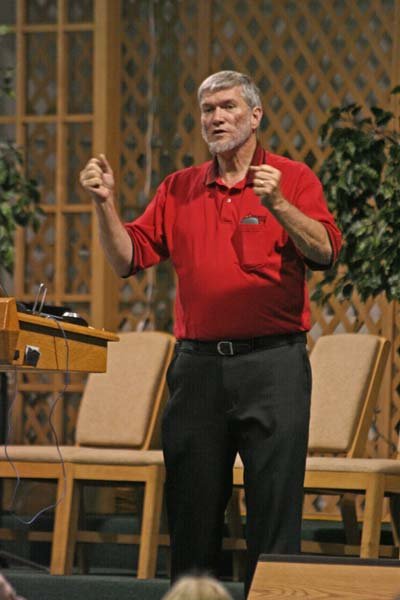 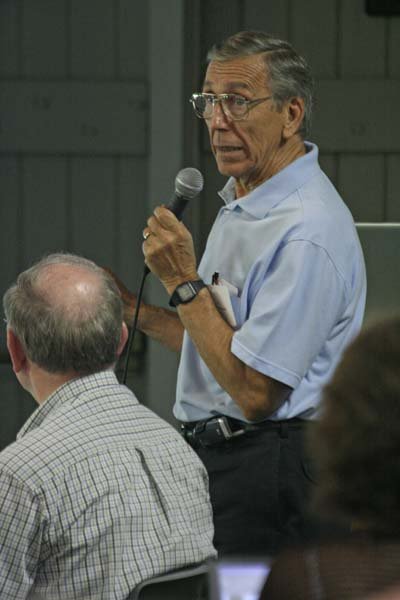 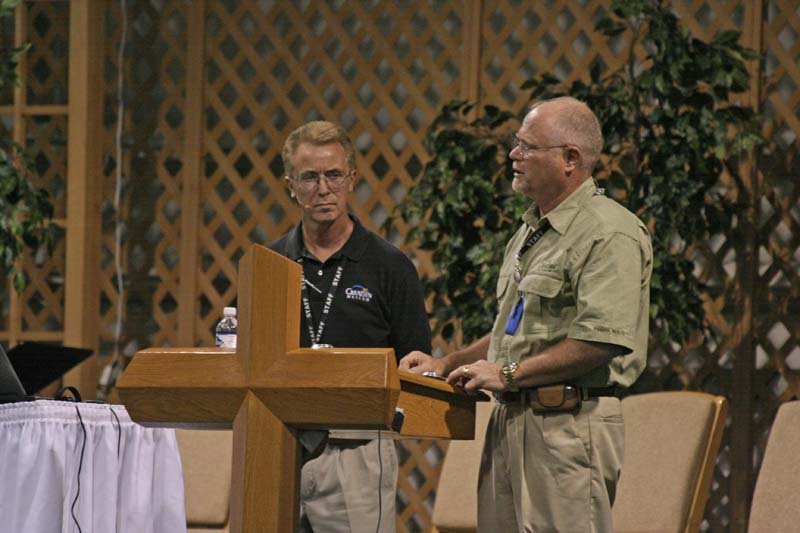 Cincinnati Post writer Kevin Eigelbach, who has show his disdain for AiG and the Bible, has once again written a ridiculous article trying to attack AiG and the Word of God.

Recently, AiG published an article by Dr. Jason Lisle on his new Astronomy book, Taking Back Astronomy. This is the first comprehensive layman astronomy book from a biblical perspective. Cincinnati Post writer Kevin Eigelbach took that article and then proceeded to mock God’s Word and AiG by making ridiculous claims that clearly show he has misunderstood Scripture.

Elsewhere in the book of Job and in the Psalms, the authors speak of the Earth resting on pillars.

He is trying to make out the Bible can’t be trusted because we know the earth “hangs upon nothing” as Dr. Lisle points out in the article in quoting Job: it does not rest on pillars.

Now here is what you need to do: go to your Bible program and do a search on the word “pillars.” You will find this word used in conjunction with the earth in Samuel (as part of Hannah’s prayer), in the Psalms and Proverbs (it is also used of Heaven). However, in context, these are not dealing with a cosmological account but are dealing with spiritual issues talking about spiritual pillars. These passages have nothing to do with describing the actual physical earth and how it is constructed.

Eigelbach does what many anti-Christian reporters do all the time: they glibly refer to Scripture passages to mock them, but do not quote them in detail, in context. To do so would show their ignorance and obvious agenda to mock the Bible.

You can read the rest of the article, “Bible Writers and the Science of Astronomy.”

You will be pleased to know that Dr. Lisle is writing a refutation, which is not hard, as for most of the mocking arguments, one basically needs to just quote the passages referred to in context!

Thanks for stopping by and please keep praying,
Ken