The Work Goes On

What a great day!

I had meetings all day today starting first thing this morning and ending at 7:00 pm. I spent a few hours with our strategic planning consultant finalizing various management matters. I then met with a friend from the UK who was in the USA and flew especially to Cincinnati to spend some time talking with me about being more involved in the AiG ministry in the UK and USA. A professor from a local Bible College then met with me to give me a copy of an Apologetics course he had written—it is so encouraging to see such a course being studied at a Bible College—and of course it is ardently creationist! The day ended with a leadership meeting—this is a weekly meeting where the leadership of AiG meet to discuss various issues relating to the overall management of the AiG ministry.

One of our team, John (legal counsel) was late because he was visiting his very ill, aged mother in hospital—pray for John’s mom and family as they deal with this stressful situation.

Wednesday, I have an interview with the most read political journal in Washington DC on the creation/evolution issue—please pray for this.

I have enclosed two photos of Museum construction:

The Lobby—not finished yet, but the Jerusalem stone look is fantastic. 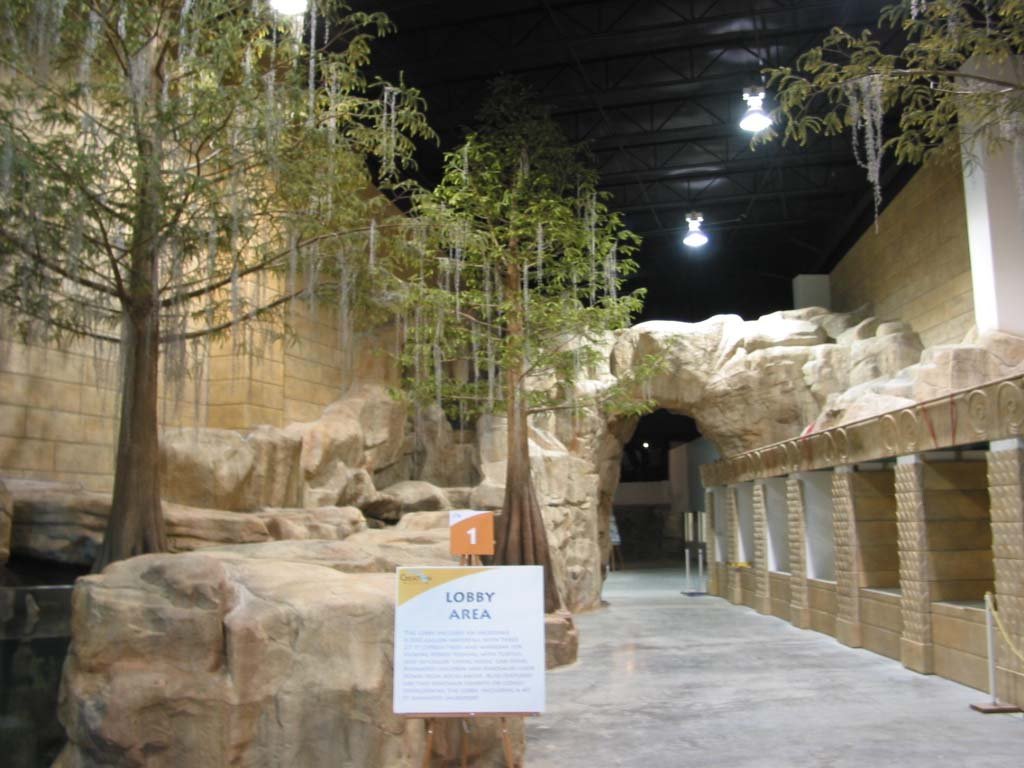 The café—it is slowly being transformed into the Noah’s Ark themed café. 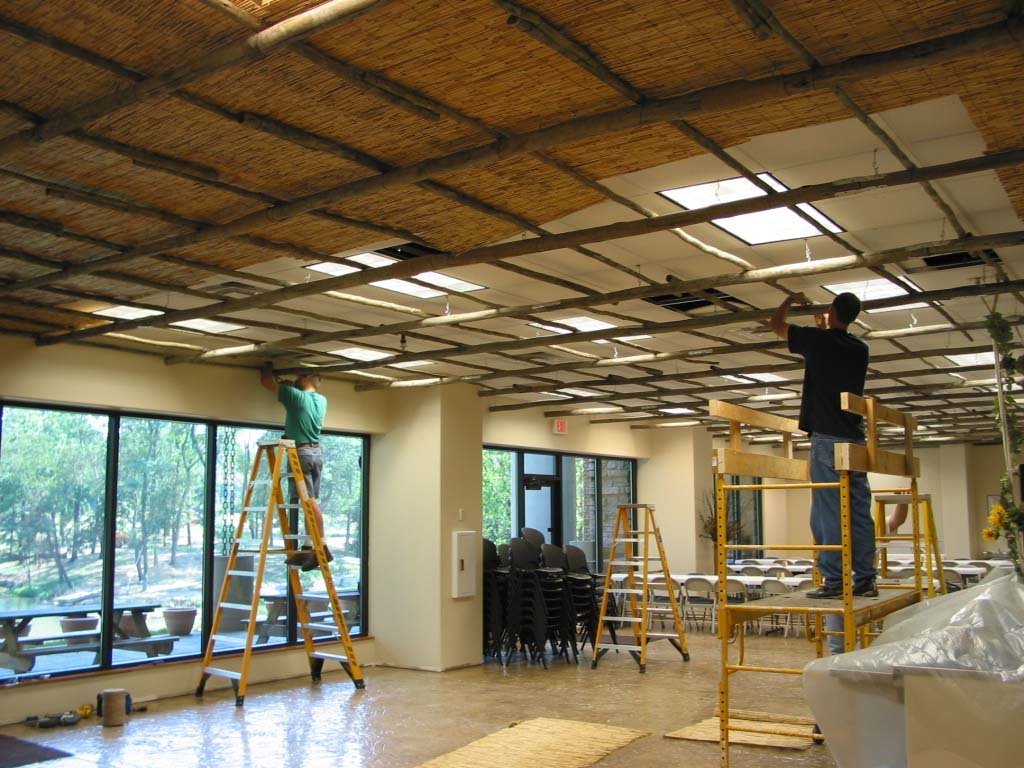 From my trip in Israel, I have attached a photograph of a Canaanite altar from the archaeological site at Megiddo (this is overlooking the Megiddo valley associated with the battle of Armageddon in the Bible). The altar is a reminder of the pagan religions that the Israelites were warned not to be involved in. 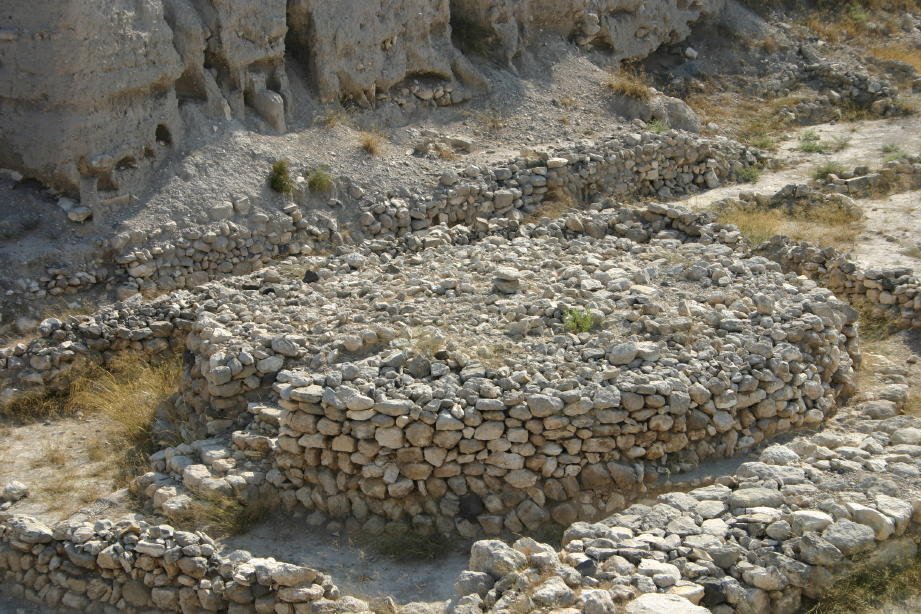 Mike and Lesley Riddle (they are now full time with AiG—Mike is one of our speakers) sent me a report regarding their recent speaking tour in Arizona:

“My name is Lesley Riddle and my husband and I are traveling all over the USA speaking for AiG. We meet many wonderful, godly people and from time to time I want to share some of them with you.

We were in Tempe, AZ at the end of July — yes, triple digit temperatures — Mike loves it and I tolerate it, especially when we get to stay with people like Jim and Myrtle Coleman. Five years ago when Jim was in his mid-70’s and he attended an AiG conference where Ken Ham was speaking. Just days later he was struck down with Guillain-Barré syndrome, an inflammatory disorder of the peripheral nerves. It left him paralyzed in the hospital for 2 months. As he lay there, he kept asking God, ‘What can I do now?’ You see, Jim had spent his life tuning pianos and teaching others how to do the same. His last job was at Arizona State University keeping all their pianos in good shape.

Mike and I were blessed to hear how the Lord answered his prayers. He slowly re-gained some use of his limbs. So, for the last 4 years, Jim has been going to a street corner in Tempe close to the ASU stadium, sitting in his wheel chair, and talking to anyone who would listen about our Lord. There have been very few evenings that Jim has missed in 4 years. Last week he missed 2 nights because he and his wonderful wife, Myrtle, hosted us in their home and came to hear Mike speak. On Saturday night Jim and Myrtle came to hear Mike until about 9:30 and then Jim went on the street for a couple of hours.

Since he went to that Ken Ham seminar 5 years ago, Jim has been reading and learning everything he can about the creation issue so he can use the information to encourage the people he meets on the street. He told us that he used Mike’s 6 DVD lectures to help a young woman reconnect to God. I’d say that we have met a true servant of God. May God grant Jim and Myrtle many more years of faithful service.”

AiG is a dynamic ministry—lots of things happening every day—thanks for your prayers!

Previous Article Back to the "Rat Race" Next Article Humans--now displayed in the zoo!