Today (Thursday), Buddy Davis (AiG Dinosaur Sculptor) finished the Raptor skeleton that will be used in the Dig Site exhibit at the Creation Museum. One of the photos is of Buddy "showing off" his work. Praise the Lord for talented people like Buddy who the Lord brought to AiG.

This afternoon, a number of our staff met in the Special Effects Theatre to hear a Fotis Romeos, (president of Advancing the Ministries of the Gospel (AMG) International) who lives in Greece explain the Greek culture and the difficulties in presenting the gospel to these people (where 'proselytizing' is outlawed)-see photograph. Fotis was a great help to AiG in coordinating the 130 person AiG/GLS street evangelism team for the 2004 Summer Olympic Games. Thousands of copies of the "4 Big Questions" booklet were translated into 12 different languages and distributed at the Olympics. We received many great testimonies as a result of this.

Our consultant (Brad) who has been integral in developing a strategic plan for the Creation Museum and General AiG ministry brought a message on stewardship to all the staff this morning. He spoke about the passage concerning the raising of resources to build the Temple. David gave very generously from a heart that understood that everything we own is the Lord's. Subsequent to this, the people also gave generously. It was a great reminder that "all the silver and gold" belongs to the Lord and we need to be good stewards of what the Lord has entrusted to this.

Staff were busy today preparing for the 400 visitors expected for the "Behind The Scenes" tours of the Creation Museum especially for Charter Members (you can still become a Charter Member of the Museum by the way). Staff and volunteers put a lot of effort in making this a special day for our guests. I will be having "photo ops" with all the visitors and speaking three times in the special effects theatre. It's going to be a busy day.

I spent time today meeting with our consultant Brad; personally signing hundreds of our monthly letter to supporters; working with our artist Dan Lietha on designing some new power point illustrations for my MEGA conference presentation; meeting numerous visitors.

Whenever a staff member leaves AiG, we have a tradition of having a special send off including cake and ice cream. Today we said goodbye to a sculptor/modeler who is leaving to move to sunny Florida. We praise the Lord for the time Brad Toschlog, has been able to spend at AiG. As Carl Kerby said in a send off speech, "Brad's finger prints are all over this place." He leaves a legacy in his fingerprints on many aspects of the Creation Museum--Most-notable is his extensive labor on the Adam sculpture and a scale model of Creation Museum and its exhibits.

We all pray God's blessing on Brad for the future—and thanks for the cake and ice cream!! (see photograph) 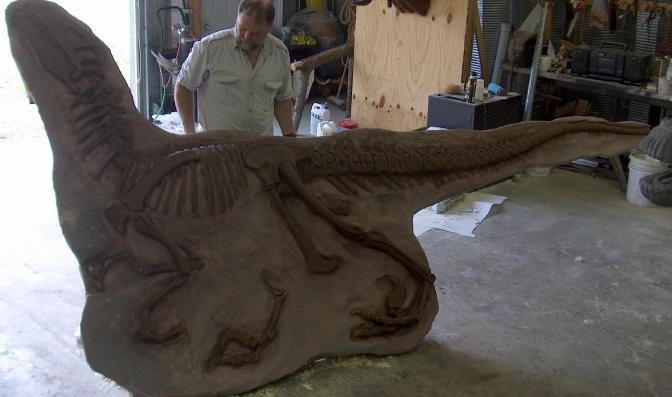 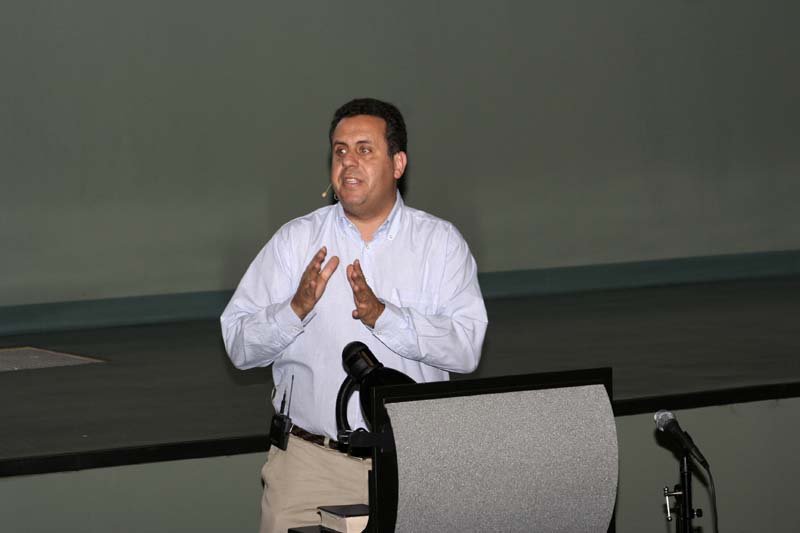 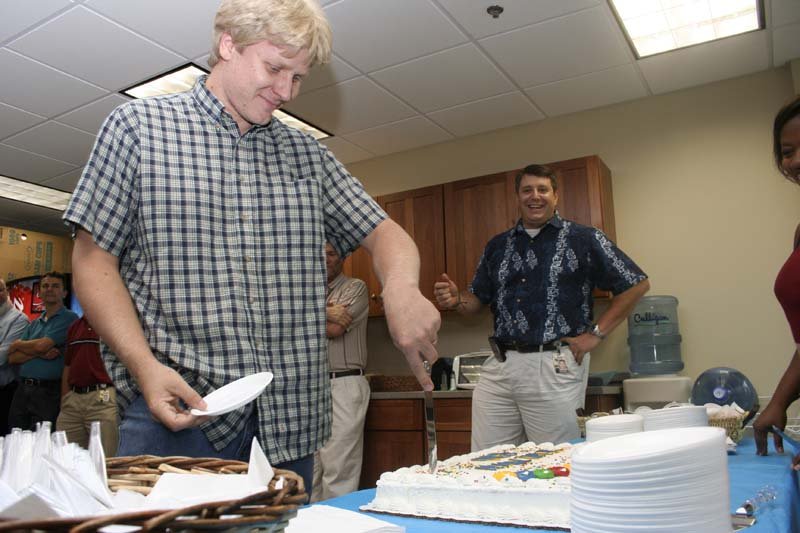 Previous Article Mega "MANIA"! Next Article Behind the Scenes