The Grand Canyon and My Comfort Zone

When Tom Vail of Canyon Ministries asked me a few years ago if I would go on a white water rafting trip in the Grand Canyon and teach creation biology, I hesitated.  Unlike the Galápagos Islands I visited back in 2011 aboard a cruise ship, I had never been rafting or primitive camping. I considered the trip very much outside my comfort zone! But Tom was persistent, so I agreed to be adventurous and go on a four-day trip to the Grand Canyon. I just returned a few weeks ago. 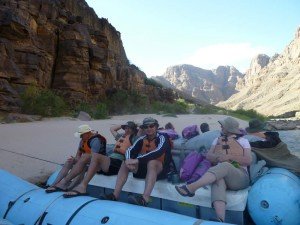 I am very, very thankful I made the trip—comfort zone challenges and all! I am a very visual person and not having much experience with field geology has always made it difficult for me to envision the layers of rock associated with Creation Week and Flood layers. But now I have the images in my head and the pictures on my camera to help me see this much more clearly. The Grand Canyon is an awesome “cut” in the earth that God has provided as a real geological wonderland, much like the Galápagos Islands are a biological wonderland. Although I know the Flood and the resulting catastrophic changes to the earth are the result of God’s judgment and punishment for sin, I was amazed at how much beauty there was in the rock layers and formations; the beautiful, winding Colorado River; and the breathtaking views of the night sky. 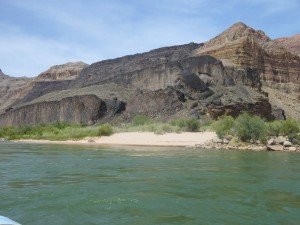 A lava flow that occured after the Grand Canyon was formed 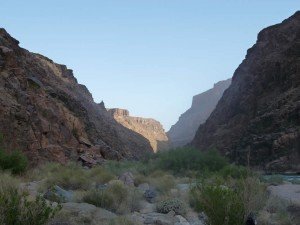 Beauty in the rocks

There were twenty-one of us that traveled together for the trip.  Many spoke of how much they appreciated Answers in Genesis and their great love for our resources like Answers magazine, which many said they read cover to cover! Jon Albert from Canyon Ministries was our fearless leader who took over for Tom Vail when he retired recently. He had a great wealth of knowledge about the geology of the Grand Canyon that he has learned from taking many rafting trips with geologist and AiG director of research, Dr. Andrew Snelling. In the evenings I was able to present short biology presentations on the definition of a kind, how many animals were on the Ark, how the animals migrated to different locations after the Flood, and how the different people groups came to be.

One of my favorite parts of the trip was hiking to see the Great Unconformity.  This is a place where Creation Week rock (or crystalline basement rock) meets Flood layers (specifically the basal layer called the Tapeats Sandstone) and can be found all over the world.  I was able to put one hand on Creation Week rock (approximately 6,000 years old) and one hand on Flood rock (approximately 4,300 years old). Radiometric dating (based on many unverifiable assumptions about the past) dates the basement rock to be between 1.5 and 1.8 billion years old and the Tapeats Sandstone to be 520 million years old. So for those that believe in an old earth, there are billion years “missing” between these two types of rock with no easy explanation. But viewing the rocks from a biblical perspective, we know nothing is missing. The basement rocks are flat because there was a lot of catastrophic erosion at the time of the Flood, shearing off the rocks below to make a flat surface on which the Tapeats Sandstone was then deposited. If the erosion had taken place slowly over millions of years we would expect a surface with valleys and hills, and perhaps also deep chemical weathering of the rocks. But catastrophic erosion would just shear off everything below and leave behind a flat surface, with no deep chemical weathering because of the deep catastrophic erosion. 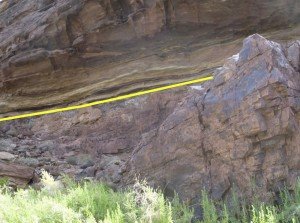 The Great Unconformity: above the line is Flood rock and below the line is Creation Week rock

We also hiked to see an amazing waterfall, saw some bighorn sheep, some old Indian pictographs, and fortunately did not see any scorpions or snakes! I encourage anyone who is interested in experiencing geology up close and personal to consider taking a Grand Canyon rafting trip with Canyon Ministries. AiG astronomer Dr. Danny Faulkner also accompanies some of the trips and does astronomy presentations with a telescope at night. 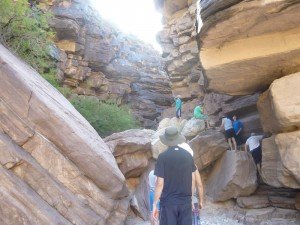 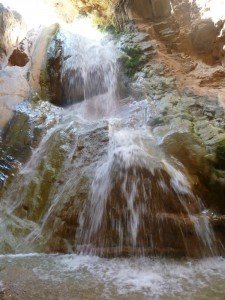 Previous Article Answers for Women Conferences—Becoming Women’s Conference of Choice for Many Next Article Is Cancer Research Dependent on Evolutionary Ideas?