Saturn After a Half Century

With my appetite whetted by my views of Venus and Jupiter, I expressed my desire to see Saturn.

I got my first telescope in the autumn of 1967. I had just started eighth grade. It wasn’t much of a telescope: the diameter of its lens was only 40 millimeters (1.6 inches). It had a built-in eyepiece with variable magnification between 25x and 50x. The mount was an altazimuth, which means the telescope moved up and down and back and forth. That isn’t the preferred type of mount for astronomy. And the motion was limited—I couldn’t point the telescope very high in the sky where many astronomical bodies are. Given these limitations and the fact that the telescope produced erect rather than inverted images, it was a table-top telescope that was more suited for viewing distant objects on earth than things in space. But I managed to use it to get my first telescopic views of the moon with its many craters. I also saw a beautiful crescent phase of Venus. In the spring of 1969, I was thrilled to have my first view of Jupiter. I could see the disk of Jupiter, as well as the four Galilean satellites, Jupiter’s largest moons. 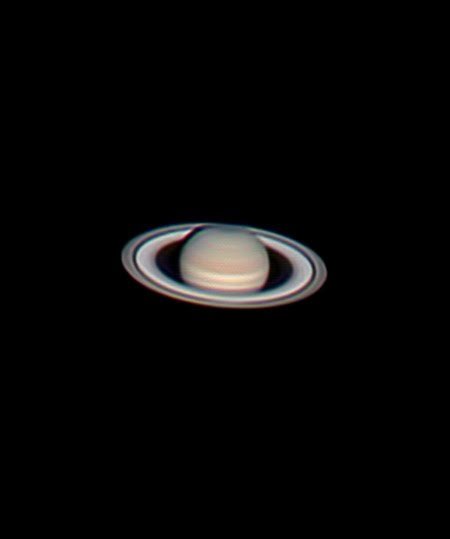 The Physicist on My Paper Route

But my biggest thrill was early one morning in September 1969. A man on my paper route was a physicist who had a very fine telescope. We discussed astronomy quite a bit. With my appetite whetted by my views of Venus and Jupiter, I expressed my desire to see Saturn. He informed me that Saturn was then in the morning sky. I asked how to find it. He said that I needed to start looking at bright stars with my telescope and I’d find it. So, I got up early one clear morning and began systematically examining bright stars. By the third or fourth star, I quickly stumbled upon Saturn. I was totally unprepared for the sight. Though tiny in my small telescope, there was no mistaking Saturn’s rings. They were clear and sharp. I was stunned. I couldn’t believe what I was seeing. It looked so much like a little picture. It didn’t look real.

I guess you can say that I never got over that experience. Though I’ve looked at Saturn thousands of times since through much better telescopes, I’ll always remember that first view. And I always look forward to seeing Saturn each time. 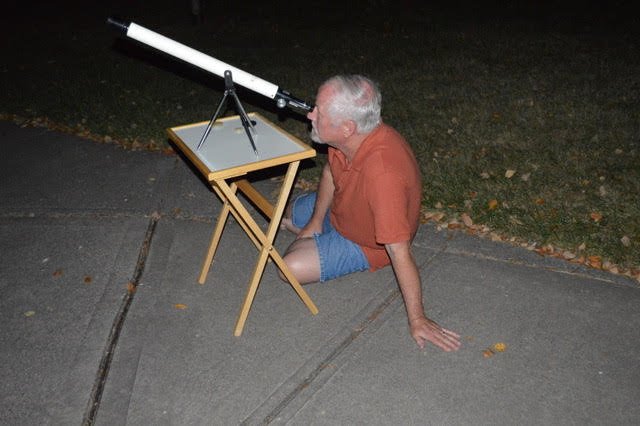 Half a Century Later

I still have that little telescope, though I’ve hardly used it in years. This month, being the golden anniversary of my first view of Saturn, I thought it fitting to repeat the exercise. So, a few nights ago, I got my old telescope out, set it up on a small table in the driveway, and looked at Saturn. This year Saturn is in the evening sky rather than the morning sky. I had forgotten how difficult it was to use that little telescope. I must have been more patient back then. Or perhaps I was more practiced with this particular telescope. But there Saturn was: small . . . and fainter than I remember. But, oh, those rings!

We have Stargazer programs at Johnson Observatory at the Creation Museum where we use telescopes to look at God’s glories in the sky. Our programs of late have featured Saturn. It can be quite a sight. Our next Stargazer program is the evening of Friday, October 4. Why don’t you join us and perhaps get your first view of Saturn?

I’m happy to let you know that through September 30, 2019, we have a generous donor who will match dollar-for-dollar up to half-a-million dollars for the Creation Museum planetarium upgrade! If we take full advantage of this matching gift opportunity, almost all the needed funds will be raised, and this will enable us to get started on the much-needed updates there. If you can help, and get your donation doubled before the month ends, please visit AnswersinGenesis.org/donate.

Email me with new blog posts by Danny Faulkner’s Blog: