All Dressed Up with Nowhere to Go? 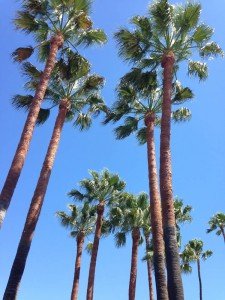 I returned just recently from California and my first ever Mega Conference as part of the AiG family. What an incredible time and blessing! Costa Mesa was beautiful and the weather predictable: sunny and gorgeous every day.

Fellowship with my new colleagues and attendees was exciting and enriching as the whole event had a “summer camp” ambiance. Tons of resources were purchased with the realization of the relevance of Genesis to the church and the world today. Most important of all, God’s Word was preached with boldness, the gospel went forth, the saints were equipped for battle, and we were all challenged to get busy for the Lord. As a pastor friend of mine is known to say, “If this doesn’t get you fired up, your wood is wet!”

With that being said, there is an inherent danger with every “summer camp” experience: will there be lasting change? Will we heed the call, accept the challenge and engage in the spiritual warfare that is waging all around us?

Around a year ago, as I was doing devotions, I was struck with a powerful image that has since been seared into my heart and mind. I was reading and meditating on Ephesians 6:10–20, a passage well known to most believers about putting on the “armor of God.” After observing and interpreting the text within context, I started to think about the application of the passage (this is what we teach students to do in our ABC curriculum). Probably the most obvious application of putting on the “armor of God” is that we should then engage in battle. But do we?

I began to imagine a soldier who had put on all his armor, holstered all his weapons, and then sat on the couch. Maybe he even shouted a war cry before relaxing on the recliner or going out to cut the grass. What a ridiculous sight, a fully armed soldier sitting cumbersomely on the couch watching his favorite show or sport. He might even be watching the news about other soldiers actually in combat as he rests easy at home. Or, maybe the soldier—once fully dressed for battle—spends all his time practicing and doing drills.  He’s incredible at beating up punching bags and shooting targets. But that is all he does because that’s where he is comfortable and feels accomplished.

In either case, the soldier would be ineffective to say the least, and his captain would be thoroughly unsatisfied, demanding immediate transition to the battlefield. As I pondered the absurdity of such a thing, another question ambushed me and struck me to my core—was I that soldier who was all dressed up with nowhere to go? Was I avoiding battle and simply going through the motions, so I could feel good about myself and appease my conscience? 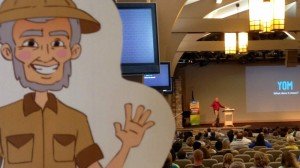 Events like AiG’s Mega Conference are so important because God uses them to draw people to Christ and equip the saints. But we must not stop there. Once equipped, it is our duty and privilege to take the battlefield under the banner of Christ. Share the answers we have received with friends, family, and strangers, and always lead them to the gospel. Pray, pray, and then pray some more. Post Scripture and links on Facebook and Twitter. Stop avoiding the children’s minister and volunteer to teach that challenging fifth grade Sunday school class. The possible list here is endless. As one of our speakers said at the Mega Conference, “I don’t know what you’re doing for Christ, but whatever it is—get busy!”

Don’t be the soldier who’s all dressed up with nowhere to go.

For an audience of One,

Previous Article “Lighthouse” on Mackinac Island Next Article What Do Putin, ISIS, and the Modern Sexual Revolution Have in Common?