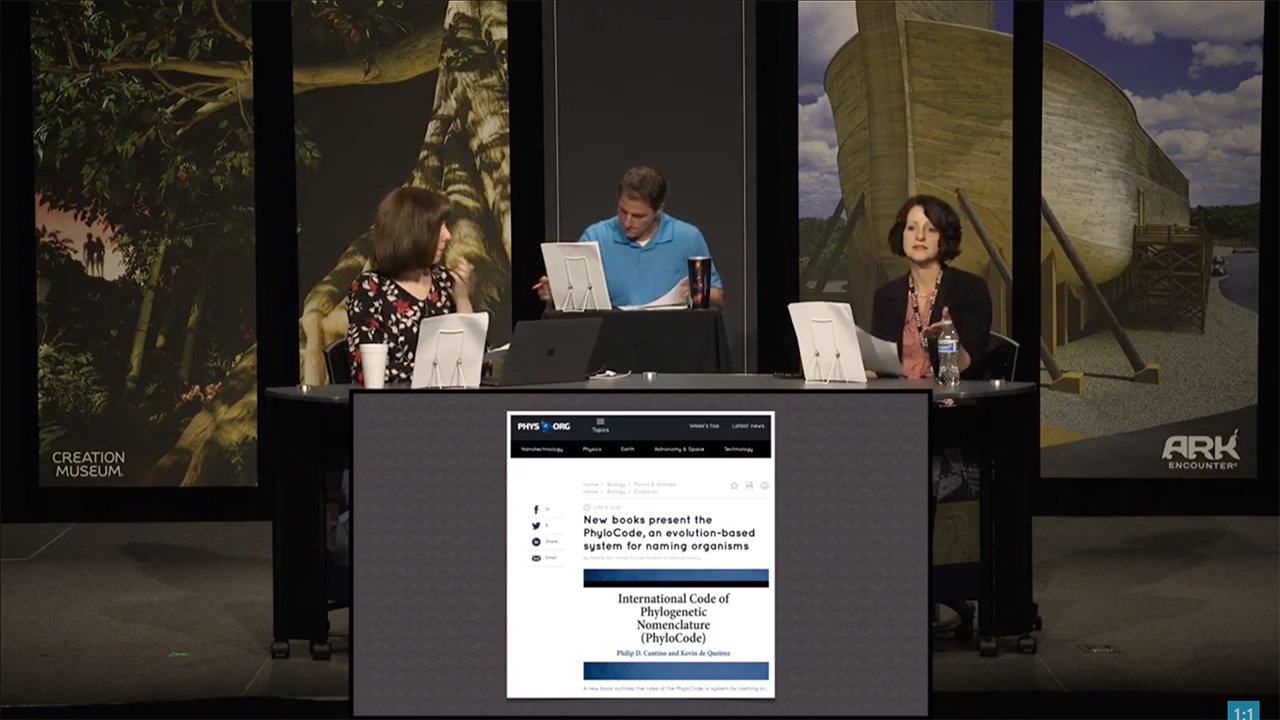 For hundreds of years, we’ve classified organisms according to the system developed by Carl Linnaeus. Organisms fall into various kingdoms, phyla, classes, orders, families, genera, and species. It’s a time-honored method of categorizing what God has made. But some scientists are trying to change this.

As you can see, this new system of classification is entirely based on the evolutionary tree of life and the idea that all life had a common ancestor.

As one popular science article begins, “Move over, Linnaeus: There's a new way of naming organisms.” This new system is known as the PhyloCode and “this system defines scientific names based on evolutionary relationships.” This new “PhyloCode” (if it’s widely adopted) won’t change the genus and species names, but it will lump organisms into various “clades”—defined as “groups of organisms consisting of an ancestor and all its descendants.”

As you can see, this new system of classification is entirely based on the evolutionary tree of life and the idea that all life had a common ancestor. I asked AiG’s molecular geneticist Dr. Georgia Purdom for her thoughts on this new system. She said:

For several years now, I have been reading how scientists are attempting to develop a new system of taxonomic classification. Creationist Carl Linnaeus first developed the current system in the 1700s. It was said by his contemporaries that “God created; Linnaeus organized.” This system has served scientists well for hundreds of years.

This new system is based on imaginary evolutionary relationships between organisms. Instead of inventing a new way to classify organisms based on ever-changing evolutionary relationships, scientists would do better to look to God’s Word and observational science (in genetics) and study how organisms are related only at the level of “kind” (generally equivalent to family in the Linnaean system). We observe organisms reproducing according to their kinds, as inferred from the Bible, but never between kinds, as evolution requires. There is great diversity within a kind but it’s always within a kind, never between kinds.

When we start with God’s Word, we have the true history of life.

Ultimately, the PhyloCode won’t increase our knowledge of life on earth or help us understand what God has made because it’s based on a false premise: that all life is supposedly related to a common ancestor. When we start with God’s Word, we have the true history of life. Everything was created according to their kinds.

This item was discussed today on Answers News with cohosts Dr. Georgia Purdom, Byran Osborne, and Dr. Jennifer Rivera. Answers News is our weekly news program filmed live before a studio audience here at the Creation Museum and broadcast on my Facebook page and the Answers in Genesis Facebook page. We also covered the following topics: