UFO Sightings? Scientist: “We Shouldn't Rule Out the Possibility [of] Alien[s]” 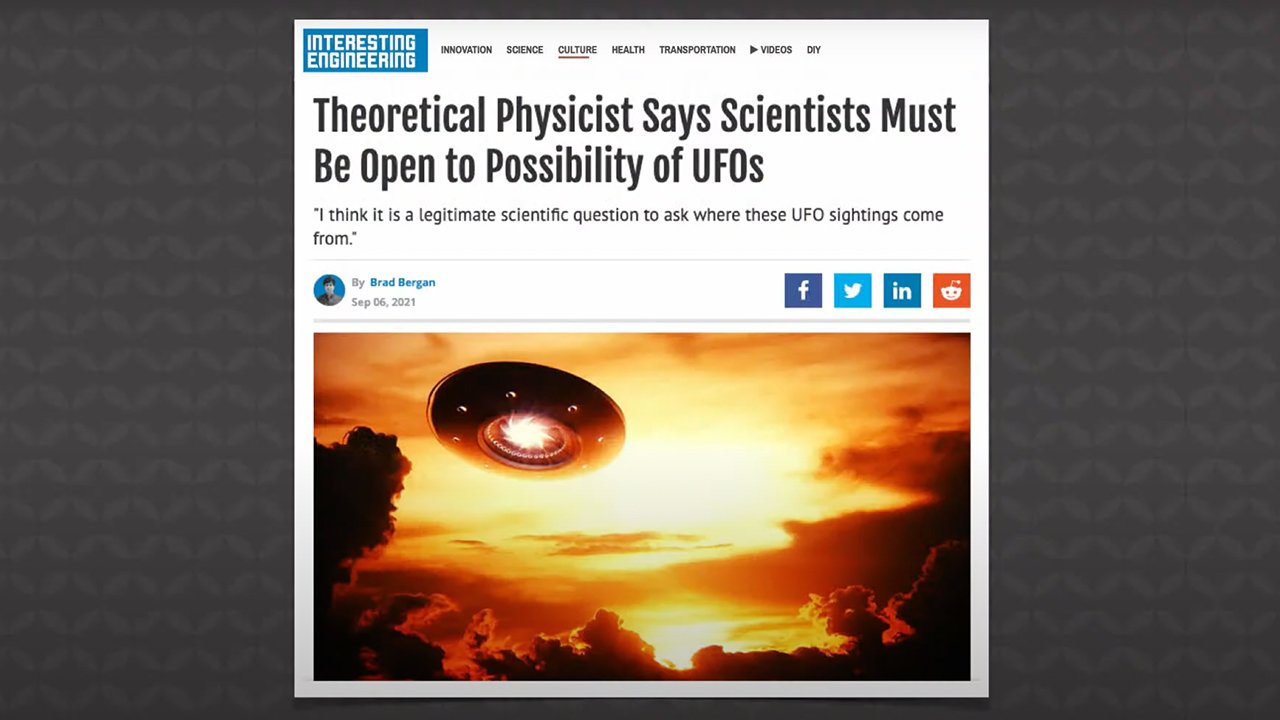 The notion of aliens in outer space is constantly in the news, with more and more people believing in the existence of “little green men” and the possibility that they’ve visited earth. Well, in a recent series of tweets, one theoretical physicist argues that we need to look into UFO sightings, and while we can’t just assume it’s alien spacecraft, “it’s a possibility we can’t ignore.”

Now, many scientists and others object to the idea of aliens visiting earth due to the vast distances in space. But this scientist says, “The universe is incredibly old, and we’ve only possessed the means for space travel for a few decades. If we consider the possibility that alien races have had millions of years to develop propulsion technology, who knows how quickly they might skip from planet to planet.”

In his worldview, the scientist believes that the universe is billions of years old and evolution is occurring on planets throughout the universe.

And therein lies the heart of the question of aliens: the idea of millions and millions of years. In his worldview, the scientist believes that the universe is billions of years old and evolution is occurring on planets throughout the universe. So some supposed alien race may have evolved and developed far superior technology than we earthlings have managed to accomplish. But in order for such an idea to even be entertained, you have to accept the notion of a billions-of-years-old universe and biological evolution (contrary to the observational evidence of a young universe from astronomy!).

When it comes to the question of aliens, it’s a worldview question based on what you believe about the past. Because I believe the Bible’s history, I reject evolution and millions/billions of years so, no, I don’t believe there are alien races skipping around from planet to planet somewhere in a galaxy far, far away. Now do I believe in UFOs? Yes, I do. Anything that is flying around that I can’t identify is, well, a UFO!

I also have other theological reasons for rejecting the idea of aliens, which you can read about here.

So next time you hear claims about the possibility (or even necessity) of alien life, consider the worldview of the person making the claim.

I discussed this item today on Answers News with cohosts Bryan Osborne and Tim Chaffey. Answers News is our twice-weekly news program filmed here at the Creation Museum and broadcast on my Facebook page and the Answers in Genesis Facebook page. We also covered the following intriguing topics:

Watch the entire episode of Answers News for September 13, 2021.