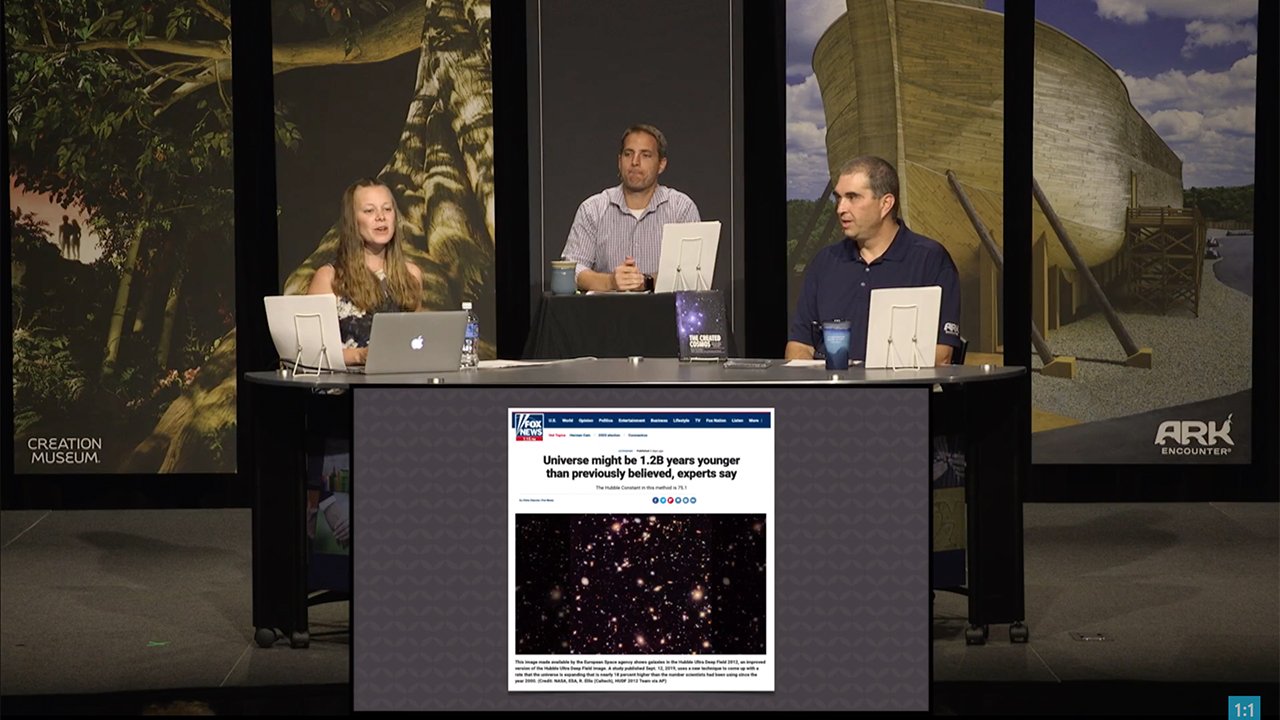 How old is the universe? Well, we can know for sure, but I’ll get to that in a moment. But from a secular standpoint, the answer to that question depends on which study you read—because they can’t agree! Here’s what I mean.

So which is it? 13.8 billion years or 12.6 billion years? That’s just a difference of a “mere” 1.2 billion years, after all, but why such conflicting results? Well, it’s because both have the wrong starting point—man’s ideas of naturalism and billions of years.

The correct starting point for our thinking isn’t billions of years. That’s a belief imposed on the observable evidence, such as the cosmic microwave background and light from distant galaxies. Because the models of these researchers have the wrong starting point (i.e., wrong assumptions), they’re drawing wrong interpretations and conclusions from the evidence.

Genesis chapter 1 tells us God created everything in six days (Exodus 20:11 reaffirms this), so we know earth and the universe are roughly the same age.

But we can know the age of the earth and universe because Scripture gives us the information we need to determine how old earth and the universe are. Genesis chapter 1 tells us God created everything in six days (Exodus 20:11 reaffirms this), so we know earth and the universe are roughly the same age. Then Genesis chapters 5 and 11 give us detailed chronologies that, when added together, give us approximately 2,000 years from Adam to Abraham. We know Abraham lived about 2,000 years before Christ, and Christ is 2,000 years before us—that’s approximately 6,000 years for the earth and universe.

God’s Word gives us the eyewitness account of history. He never lies (Titus 1:2) so we can trust his Word to give us the true history of earth, the universe, and life itself.

You can learn more about light from distant galaxies and the cosmic microwave background in this chapter from The New Answers Book 1: “Does Distant Starlight Prove the Universe Is Old?”

This news item was discussed today on Answers News with cohosts Bryan Osborne, Avery Foley, and Roger Patterson. Answers News is our weekly news program filmed live before a studio audience here at the Creation Museum and broadcast on my Facebook page and the Answers in Genesis Facebook page. We also covered the following intriguing topics:

Watch the entire episode of Answers News for August 3, 2020.