Image by Olivia Snow, via Unsplash. 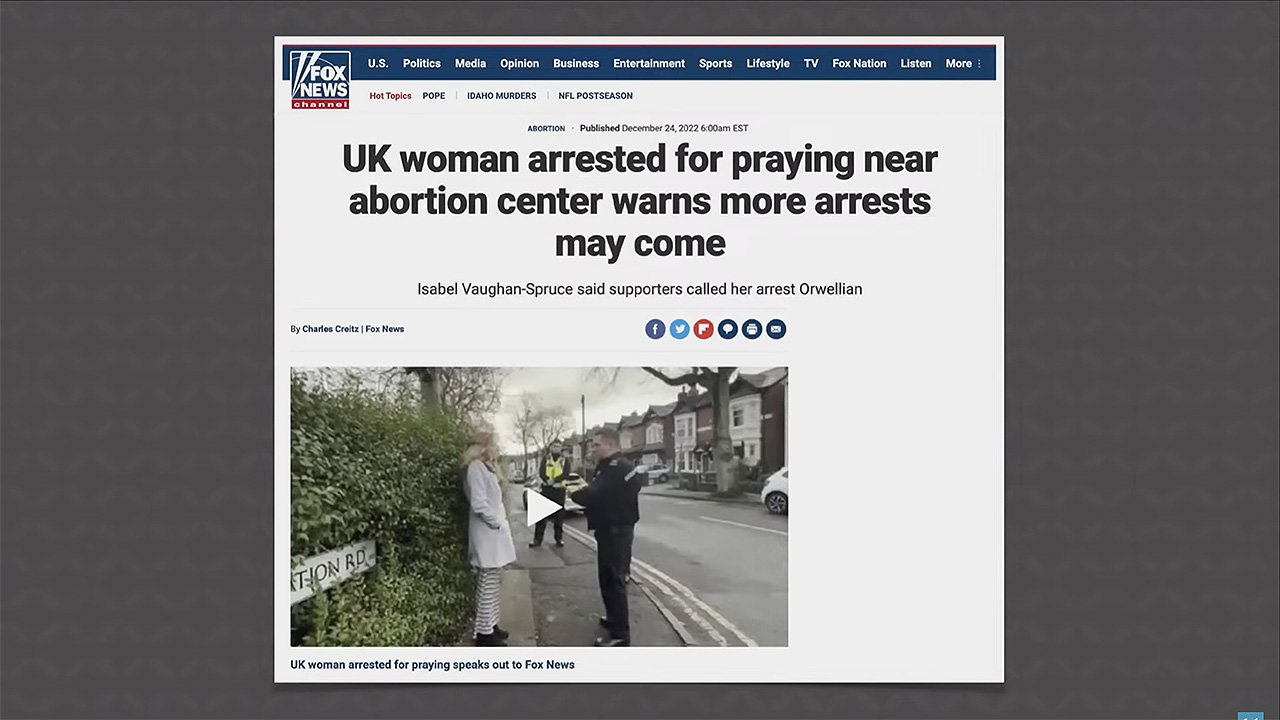 You would think what I’m about to tell you about is an article about North Korea, but it’s not! It’s a news item from the United Kingdom! Yes, a woman in the UK was arrested for silently praying near an abortion clinic. The depths of depravity know no bounds as people are so intent on preserving what is really child sacrifice as millions of children are murdered in their mothers’ wombs, sacrificed on the altar of self.

Here’s what happened, according to news reports. The Director of the UK March for Life, Isabel Vaughan-Spruce, was standing near an abortion clinic in Birmingham, England, silently praying. She claims she’s done this for a long time and “dozens of women have accepted her offers of help and go on to continue their pregnancies rather than terminate them as-planned.” However, Birmingham now has a “censorship zone” or “protest prohibition statute” that “names prayer and counseling as forms of protesting” and no longer allows for prayer on a public street within a certain distance of an abortion clinic. According to the article,

Vaughan-Spruce added authorities detained her in a cell, interrogated her regarding what she was praying about, and was later released on bail with an appearance scheduled for February on four counts of protesting and engaging in an act intimidating of service users.

They don’t want anyone to have any choice other than murdering their child as they do everything they can to make sure women never hear of any option other than abortion!

So, silent prayer in front of a closed abortion clinic is “intimidating”? And I thought such people were “pro-choice”? Apparently, they don’t want anyone to have any choice other than murdering their child (yes, that is what abortion is) as they do everything they can to make sure women never hear of any option other than abortion! It isn’t, and has never been, about choice. It’s about killing children and many people making a lot of money from it! It’s all about people shaking their fists at God to try to justify doing whatever they want regarding sex and its consequences.

Pray for this young lady and be reminded that all Christians are commanded to “pray without ceasing” (1 Thessalonians 5:17)—even in “censorship zones.”

This item was discussed Wednesday on Answers News with cohosts Dr. Georgia Purdom, Dr. Gabriela Haynes, and Roger Patterson. Answers News is our weekly news program filmed live before a studio audience here at the Creation Museum and broadcast on my Facebook page and the Answers in Genesis Facebook page. We also covered the following topics:

Watch the entire episode of Answers News for January 4, 2023.